The findings of the research were presented at the annual AmCham “Sixth Lap Time Conference – Unlocking Reforms?” For the second year in a row, AmCham companies are more optimistic when talking about predictions of their growth. Almost 73% of the companies expect business growth, while 58% plan new employment in 2019. AmCham members are focusing on institutional reforms more every year, Improving the Rule of Law, public administration capacities in implementation of regulations, the efficiency of the judiciary, plus an active public-private dialogue in the legislative process.

Member companies for the fourth consecutive year consider the biggest challenges for business to be predictability of change and implementation of regulations (51%), while small, medium and micro enterprises express a fear of unpredictability and high of fiscal and para-fiscal charges and the difficulty of obtaining additional sources of funding. Serbia, as an investment destination, is generally better rated than Montenegro, Macedonia and Bosnia and Herzegovina, and worse than its other neighbouring countries who are members of the EU.

In the opening of the conference, AmCham President Jelena Pavlović, pointed out that AmCham members employ over 95,000 of the citizens in Serbia, which is almost 10% of those employed in the private sector and that the last year was ended with 10,8 billion euros of income, representing growth of 18% compared with 2016.

Vice President of the Serbian Government and Minister of Construction, Transport and Infrastructure Prof. Dr Zorana Mihajlović said that the Government is focused on improving the business environment in partnership with the private sector and economy representatives. “It is very important for the Serbian Government to hear what people doing businesses in Serbia think of the business environment, and I am happy that they are giving better ratings from year to year in the AmCham survey and announcing new employment. In the same way, it is important for businessman to know that the Serbian Government continues to invest in development of the infrastructure and connections with the region and that the Laws we are passing are drawing us closer to the EU, because that means they can plan steadily their businesses and new investment in Serbia,” said Ms. Mihajlović.

“We are the most stable part of our economy, and I want to say in an immodest way that we provide an example to follow and an association that has to be heard. If our whole economy was as successful as AmCham member companies, our GDP would be much higher. I am very proud of the fact that 96% of AmCham companies are not using incentives for investment or employment, just like the fact that our members are not among those developing its comparative advantage on a cheap workforce, because among the members responding, two thirds of the companies do not have even one person employed on a minimum wage,” said Jelena Pavlović and highlighted that AmCham members need from the state only a business environment and strong institutions that will provide equal conditions and identical rules of the game for everyone.

Pavlović emphasised the Government’s successes that AmCham members recognised as movements that have improved the business environment, such as decreasing the budget deficit, reforms of issuing building permits, reforms of or legislation and the beginning of eGovernment implementation. On the other hand, the AmCham President stated that there is a lot of work left, mostly great systematical ventures, such as public reform, reforms of healthcare and the judiciary.

The AmCham Survey of Business Environment and Investors Satisfaction and Confidence gives the view of AmCham’s membership perceptions on the business environment and confidence for further investments in Serbia. The power of this survey lays in the fact that there are comparable annual results because the first Survey on Investors’ satisfaction and confidence were implemented in 2013. Collected data and their comparison with the results of AmCham survey from previous years enables following key reform movements, successfully implemented reforms, but also areas that have been in unsolved status for years – with very little or with almost no improvement.

On the Survey’s methodologies: This year’s fifth in the row survey was implemented from July to October 2018 by a quantitative, electronic questionnaire and qualitative interviews using the face-to-face method. Like last year, a control sample, formed from micro, small and startup companies, from four associations – Eneca, Starit, ICT Hub and Impact Hub – have been included. The aim of including and comparing attitudes of big investors and small enterprises is creating a clearer view of the whole domestic economy and necessary steps for faster growth.

For the findings of the AmCham Survey of Business Environment and Investors Satisfaction and Confidence for 2018, please follow this link. 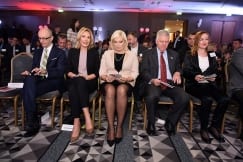 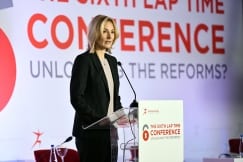 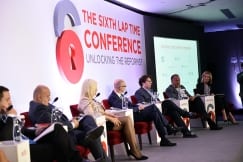 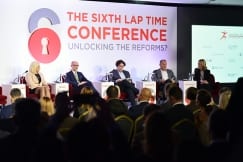 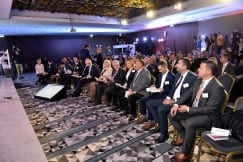 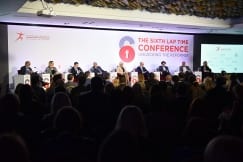 The legal framework for gender equality is largely in place, but social taboos and habits are very strong and difficult to break. Empowered Women...
Read more

USA a Partner In Energy Transition

Serbia and the United States will cooperate on the energy transition, energy security and independence, and in diversification in the gas sector, following talks...
Read more