Ambassador Feeney Awarded By Centre For Serbs In Diaspora

H.E. Julia Feeney, Australian Ambassador to Serbia, has received an award from the Centre for Serbs in Diaspora and the Region that recognises the importance of the Australian Embassy’s work and represents great appreciation for that work.

The Embassy of Australia has said that it will continue to focus on community-based projects and partnerships with small and medium-sized enterprises throughout Serbia.

President of the Centre for Serbs in Diaspora, Jelena Kiš, noted the actions and projects of the Australian Embassy in Belgrade that have been recognised as important.

“It gives me great satisfaction that the work of the Australian Embassy is recognised as very important. Also, without partners like the “Dah” Association, the Centre for Serbs in Diaspora, or the Ethno Network, the work of the entire team at the Embassy would not be as successful,” said Ambassador Feeney. 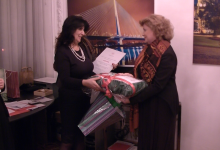 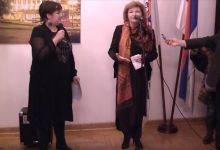 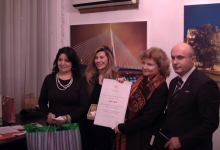