The Nikola Tesla Museum, founded as the first technical museum in Yugoslavia and the only one that preserves the...
Read more
4 February 2019
Facebook
Twitter
Email

The Chinese New Year has been marked with the opening of the exhibition “Chinese Festival of Light” and fireworks at Kalemegdan, in the presence of Prime Minister of the Republic of Serbia Ana Brnabić, Minister of Culture and the Media Vladan Vukosavljević, Minister of Labour, Employment, Veteran and Social Affairs Zoran Djordjević, Mayor of Belgrade Zoran Radojičić and newly appointed Ambassador of China to Serbia H.E. Chen Bo.

Opening the exhibition of lamps made by the Zigong Haitian company from the Sichuan Province, Prime Minister Brnabić said that the lamps will illuminate Belgrade, which is the third city in the world, after New York and Tokyo, to have established a fraternal relationship with Beijing in 1980.

She wished that the new Ambassador of China further strengthen the contemporary steel friendship between Serbia and China, and recalled that late last year a Cultural Centre of Serbia was opened in Beijing. 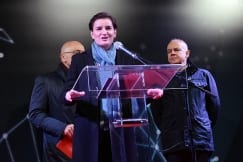 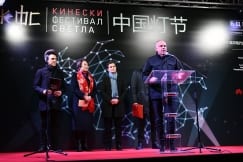 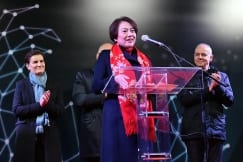 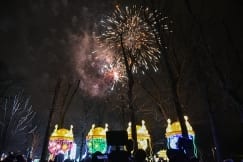 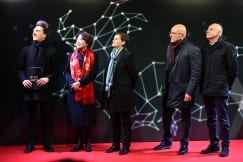 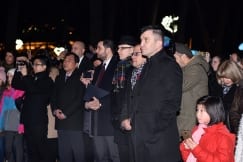 The Prime Minister expressed her expectation that a Chinese Cultural Centre, which is under construction, will be opened in Belgrade soon.

This exhibition is the result of our cooperation within the 16 plus 1 mechanism whose results we already see. These are the Pupin bridge, motorways, the reconstruction of our thermal power plants, the installation of filters for cleaner air, the reconstruction of the Belgrade-Budapest fast railway and many other projects, and tonight we enjoy the fruits of this cooperation and culture, the Prime Minister said.

She stressed that in the year when the great jubilee takes place – 70 years since the establishment of the People’s Republic of China – everyone in Serbia wants happiness and success in all areas of development to the fraternal people in China and that the new year of the Golden Pig brings them progress, wealth and success.

Ambassador Chen Bo pointed out that New Year’s Eve is the most important day for the Chinese, the time of joy and family reunion, and noted that the installation at Kalemegdan welcomes the new spring.

“China and Serbia are geographically remote countries, but the hearts of the peoples of our countries are closely linked. According to the Chinese calendar, 2019 is the Year of the Golden Pig, which is a symbol of happiness and wealth, and today we share a festive joy with the desire that in the new year we strive for a better life in prosperity and peace,” ambassador Chen Bo stated.

Ambassador wished prosperity to China and Serbia, and said: “our traditional friendship, like these lamps, radiates magnificent light.”

The exhibition was realised by the Balkanopolis Centre for Modern Tradition and company Zigong Haitian, with the support of the Serbian Ministry of Culture and the Embassy of the People’s Republic of China in Serbia.

Light installations Panda, Seasons of the Year, Miraculous Deer and Whisper of the Penguins will be on exhibition until 24 February, and the lanterns will be turned on every day at 17 o’clock. 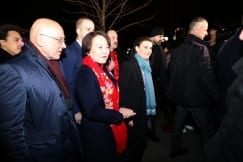 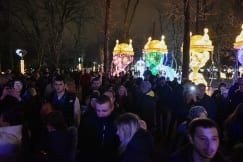 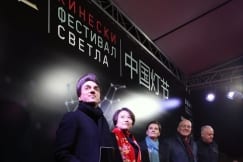 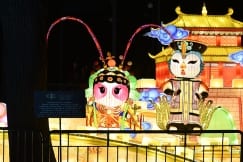 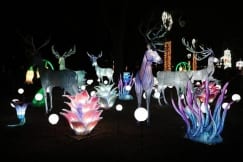 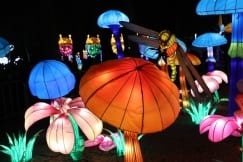 Serbia is the regional leader in the development of technology, said the president of the World Economic Forum (WEF), Borge Brende, at the opening...
Read more