“The Nordic model of cooperation is an excellent experience for the countries of the Western Balkans,” said Marko Čadež, President of the PKS, on the final day of the investment forum which is a part of the Nordic Country Week.

“The countries of the region can learn a lot from the economic integration of the Nordic countries,” said Serbian President Aleksandar Vučić, who said is convinced that the idea of creating a common market in the region will be a reality in five or 10 years.

“Connecting with businesspeople of the Nordic countries is an opportunity to learn from the best in the world,” said Marko Čadež, President of the Serbian Chamber of Commerce, at the opening of an investment forum on the possibilities of the region’s Western Balkans and Nordic countries.

He recalled that the meeting was the central event of the Nordic Countries Week dedicated to cooperation and networking of the Nordic and Western Balkans region companies. There are three reasons, said the President of the PKS, because of which the Chamber is one of the initiators of events – the Nordic market with 27 million potential consumers, investments of the Nordic companies in Serbia and the expansion of their business, as well as transfer from the field of modern technologies and digital industry.

“It is an opportunity for us to learn from the best,” said Čadež, adding that more than 30 bilateral meetings were held in the past three days. “The collaboration between Balkan economies is a prerequisite for progress, both regarding exports and competitiveness, but also of each region’s economy individually,” said Čadež. He emphasises that the President of Serbia, Aleksandar Vučić, from the beginning supported the economic connection of the region, however much it was difficult and complex at times.

Serbian President Aleksandar Vučić is pleased that the Investment Forum brought together representatives of the Western Balkans Chamber of Commerce, including Priština. “Serbia wants fewer barriers between our economies, more roads, railways, fewer complications at the borders. That is why we proposed the establishment of a common market because our markets are small when separate,” Vučić said.

Ikea announced new investments in Serbia, the President said, adding that investors from Denmark, Finland, Sweden and Norway will have the government’s support. He urged the Nordic countries to invest in Serbia and the countries of the Western Balkans. 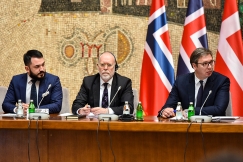 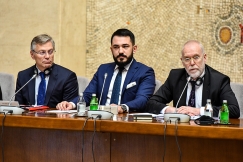 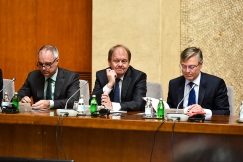 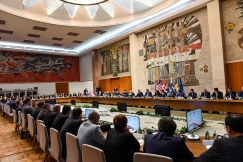 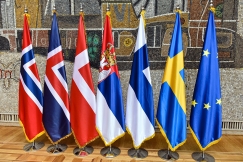 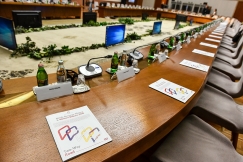 The Nordic Business Alliance Director Andreja Pavlović said the meeting is the biggest event in the field of cooperation between Nordic companies and firms in the Western Balkans region, as evidenced by the presence of a large number of businesspeople.

“We will only have the opportunity to take advantage of this potential for economic cooperation. We want to continue this way. We would like this to be only one of the summits we will organise,” Pavlović said.

He announced that in November in Stockholm Serbia will take part in a conference where he will present his advantages to the managers of large Nordic companies. Pavlovic said that the goal is for more Nordic companies to come to Serbia. As he pointed out, Nordic markets are one of the most demanding in the world.

“Just because we can be competitors, we need to take the opportunity to cooperate and that today’s gathering is the beginning of Balkan Nordic cooperation,” Pavlović said.

At the opening of the meeting, Permanent State Secretary of the Ministry of Foreign Affairs of Finland, Matti Anttonen, pointed out that the Nordic countries are ready to help the Western Balkan region on its path to the EU.

He said that Finland was a member of the EU since 1995, that its experience is positive and that it supports the idea of enlarging the Union. He praised the initiative of organising a forum that brings together representatives of the economy of all countries of the Western Balkans because, as he said, such a gathering is for the benefit of all participants, since they are stronger together. Anttonen said that the Nordic countries fostered a long tradition of cooperation, but that they don’t agree on all issues. However, he adds, these countries share the same values and interests, and they “play for the same team”.