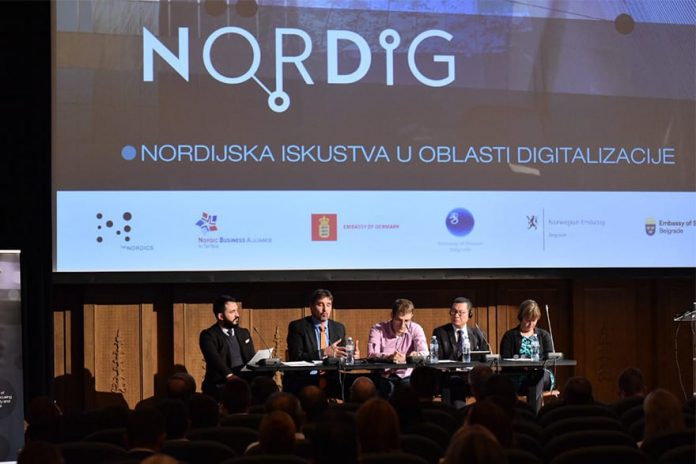 Seminar “NorDig – Nordic Experiences in the Field of Digitalization” 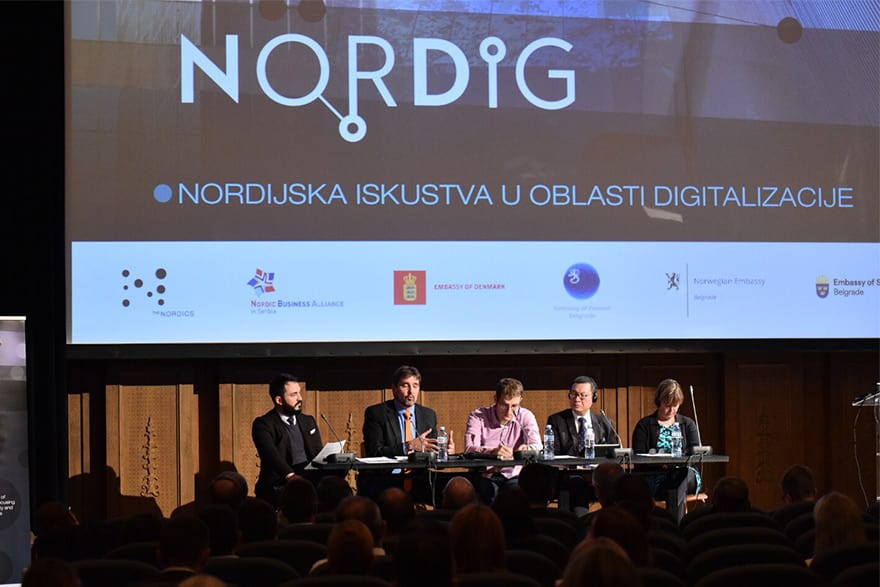 The Embassies of Denmark, Finland, Norway and Sweden together with the Nordic Business Alliance in Serbia organised the seminar “NorDig – Nordic Experiences in the Field of Digitalization”, held in the Yugoslav Cinematique. The seminar aimed at continuing the public-private dialogue between Nordic companies and institutions and the Government of the Republic of Serbia, as well as presenting Nordic experiences in the field of digitisation and innovation. The discussion with representatives of state institutions and local organisations was focused on defining the conclusions on how to promote joint efforts in the area of digitisation of public administration in Serbia.

Speaking to participants in the seminar, Swedish Ambassador H.E. Jan Lundin said “The Nordic region is one of the most digitalised regions in the world, all for the benefit of the citizens. The Government of the Republic of Serbia, led by Prime Minister Ana Brnabić, put the digitisation of public administration at the top of the priorities, which we welcome and actively support.”

“This conference aims to find a new space for cooperation in this field, in addition to projects already taking place, for example, digitisation of the cadastre. Reforms in the field of digitisation will bring numerous benefits to the citizens of Serbia and create preconditions for a higher standard of living, as well as greater transparency and, therefore, greater confidence in society,” said Ambassador Jan Lundin.

Minister of State Administration and Local Self-Government Branko Ružić said that without digitisation, no economy, no company, and even no individual could develop its full potential today. Citing everything that was done in the process of digitisation within the framework of the public administration reform in Serbia, the minister announced a public debate on the Population Register, which will give all citizens data in one place, in electronic form. Minister Ružić added that the Ministry is helping municipalities and cities through various funds for the development of eGovernment. 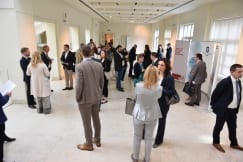 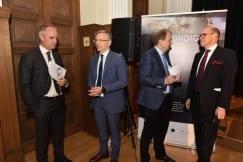 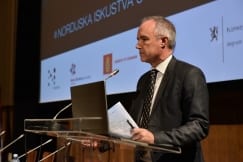 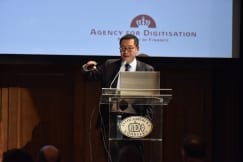 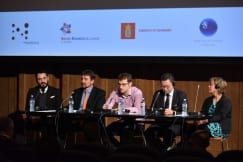 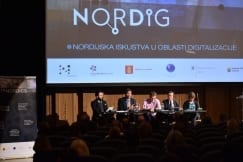