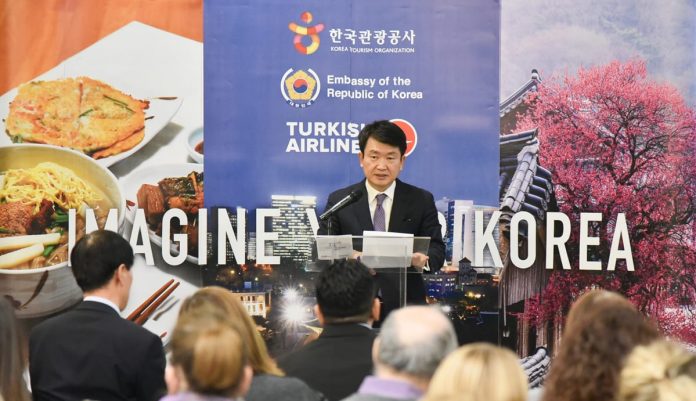 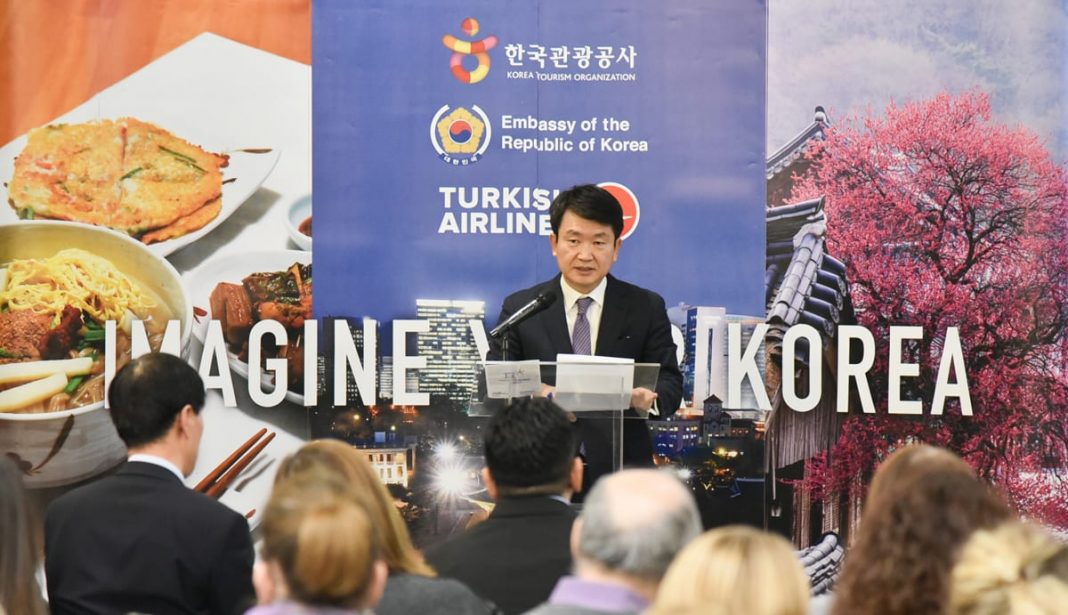 Just until a few years ago Korean and Serbia were two countries that didn’t have a large number of inbound and outbound tourists between the two countries. As much Korea was unknown to Serbian tourists, Serbia was also not so popular destination for Korean tourists.

Luckily, in recent years this trend has been changing and more and more Korean tourists visit Serbia as part of their Balkan tour or Croatia coastline travelling schedule. For Serbian people, Korea is still far away destination, but more and more people are getting interested to find out more about this East Asian country and what it has to offer.

In order to present Korean touristic offer to Serbia and increase the visibility of the upcoming Winter Olympic Games in Pyeonchang 2018, the Korean Embassy in Serbia organized a seminar with the help of branch office of Korean Tourism Organization in Istanbul and Turkish Airlines, the key bound airline company that connects Serbia and Korea.

– Korea expects the big inflow of foreign tourists during the Winter Olympic Games in Pyeonchang 2018, and we are well prepared. We have different packages to offer to tourists and I think they will be very satisfied. Some of these packages were presented at the seminar by representatives of the Korea Tourism Organization, said Mr. Lee Jae Sang, Director of Korea Tourism Organization Branch office in Istanbul.

– After successful example from 2010-2012 campaign when we tested the capacities of our tourism industry and when we successfully attracted many visitors, we launched the new campaign 2016–2018 Visit Korea Year—for the purpose of consolidating the foundation for qualitative development that matches the quantitative growth in the Korean tourism industry – said Ambassador of Republic of Korea in Serbia, Yoo Dae-jong.

Serbia and Korea recently intensified their relations with various events and exchanges of human resources through various programs.

– In the field of tourism, we made our first steps in bringing over some tour operators from Korea who will possibly see the potential in your country and develop interesting content for Korean tourists. Also with this seminar today we hope that Serbian outbound tour operators will get to know Korean offer better and in cooperation with companies like Turkish Airlines, they will be able to attract more Serbian tourists to visit Korea, Ambassador Yoo added.

Turkish Airlines is one of the main companies that connect Balkan countries with Far East Asian countries and provide excellent service to their customers.

-We are very pleased that we partnered with Turkish airlines for this seminar, and we hope that their knowledge on the market and openness to make promotional offers and different initiatives will attract more tour operators and tourists to explore countries like Korea, concluded Ambassador Yoo. 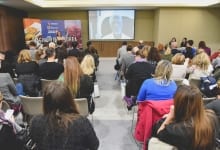 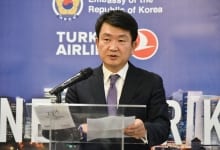 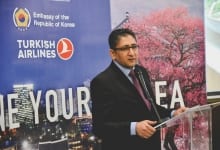 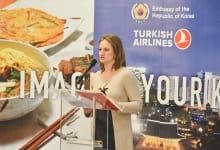 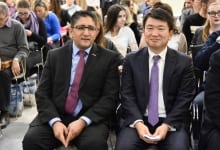 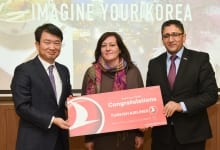 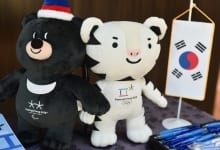 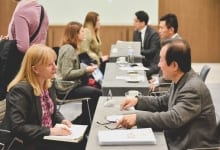 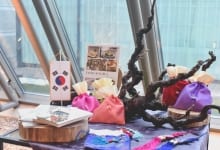