The Assembly of the National Alliance for Local Economic Development, NALED, has selected a new Board of Directors that will spend the next four years leading the alliance and its initiatives for advancing Serbia’s business environment and strengthening its competitiveness.

The new NALED Board of Directors includes five representatives of business: Goran Kovačević, CEO of Gomex, Aleksandar Ružević, General Manager of Coca-Cola HBC, Stanka Pejanović, General Manager of Gorenje, Vojislav Genić, SAP Director of the Public Sector for Central and Eastern Europe, and Vladimir Novaković, general manager of Apatin Brewery; then three representatives from the ranks of local governments – Vladan Vasić, Mayor of Pirot, Dušanka Golubović, Mayor of Sombor, and Goran Cvetanović, Mayor of Leskovac, as well as Dragana Čukić, Member of the Management Board of ACES, as the representative of civil society organisations within NALED’s membership.

The Assembly also selected the new composition of the Supervisory Board: Marija Gardzić, Human Resources Director at DIS, Boban Đurović, President of the Municipality of Vrnjačka Banja, Gordana Bukumirić, Chair of the Executive Board of Uniqa osiguranje, Vladislav Cvetković,CEO of PWC, and Igor Anić, member of the Executive Board of ProCredit Bank.

– NALED members today also chose that combatting the grey economy would be the first reform priority of our organisation, as well as reform of the tax reform and the reduction of para-fiscal levies, reducing bureaucracy, improving conditions for doing business location and the development of e-government – said Goran Kovačević, Chairman of the NALED Board of Directors.

– There are no departments on the Serbian Government that don’t cooperate with NALED. When it comes to the Ministry of Construction, from electronic building permits to improving the position of Serbia on the Doing Business list, there isn’t a job that we don’t do with NALED, and for us that’s very important – not only because of the knowledge and experience that NALED has, but also because of the support because we are a team and we will continue to collaborate – said Deputy PM Mihajlović.

The meeting saw NALED’s key results in the past year highlighted as the successful introduction of electronic building permits, the contribution towards Serbia jumping to 47th place on the World Bank’s Doing Business list, implementation of the prize competition “Take the bill and win” in the Year of Combatting the Shadow Economy and improving the business environment in Southeast Europe through the implementation of the programme for the Certification of municipalities with a favourable business environment in 70 local governments in five countries of the region.

The ceremony included the presenting of NALED’s “Strela” Award to National Assembly Member Árpád Fremond, who worked in cooperation with NALED on exchanging best practices with Croatia and Hungary in the introducing of vouchers for seasonal workers and strengthening the Administration for agricultural payments, as well as Australian Ambassador H.E. Julia Feeney, who helped NALED and the Ethno Network in preserving Serbia’s cultural heritage and traditional handicrafts like Pirot and Stapar rugs.

Awards for a decade of support to the economic development of Serbia through membership in NALED were presented to companies CRH, Deloitte, ITM, Microsoft, Nimax and Telekom Srbija, as well as the cities of Čačak, Kragujevac, Loznica, Pirot and Vršac, the municipalities of Bor and Inđija and organisation SMart Kolektiv, which have been NALED members since its founding.. 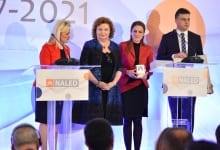 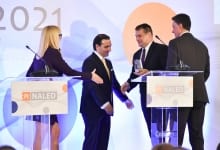 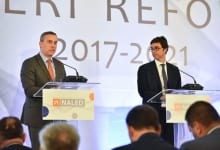 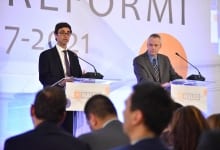 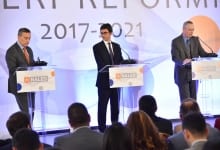 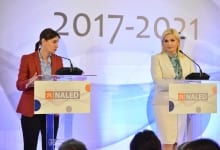 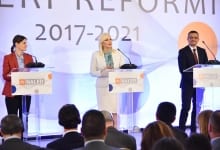 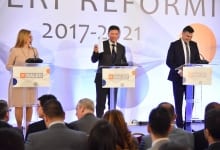 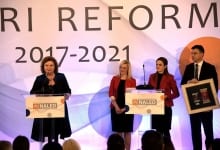 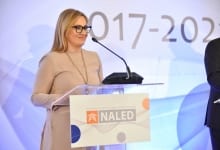 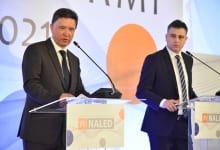 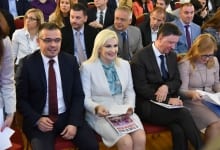 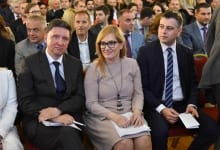 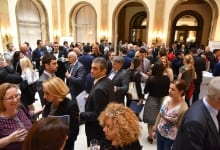 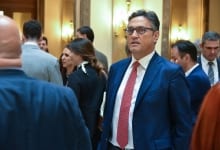 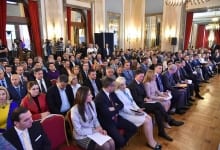 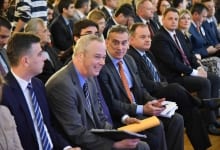 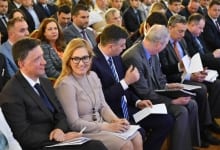 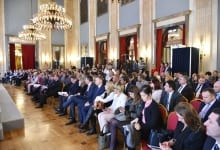 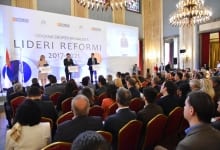