On 1st February 2019, the EU-Japan Economic Partnership Agreement entered into force, covering a population of 635 million people, 30% of world GDP and 40% of world trade and eliminating almost all tariffs and non-tariff barriers to trade but also bringing the new era of partnerships going beyond the trade itself

On that occasion, on 28th February, a conference “Japan – EU trade relations: What can Serbia learn from this partnership?”, organised by Embassy of Japan and International and Security Affairs Centre (ISAC), took place in Belgrade, gathering voices of academia, think tanks, business and official representatives from Japan, EU and Serbia.

The world’s most advanced free trade agreement, as stated by H.E. Mr Akira Kono, Ambassador and Deputy Head of Mission of Japan to the EU, will bring the direct benefits to Serbia when it becomes a member of EU family, but the indirect ones on its path towards EU as well.

By harmonizing the set of rules and standards on its way to the EU, Serbia will create a business climate more attractive to potential investors from the EU and Japan, and additionally, the economic boost which the agreement will create can potentially also bring the new opportunities to Serbia related to both FDI attractiveness and inclusion in supplier chains. 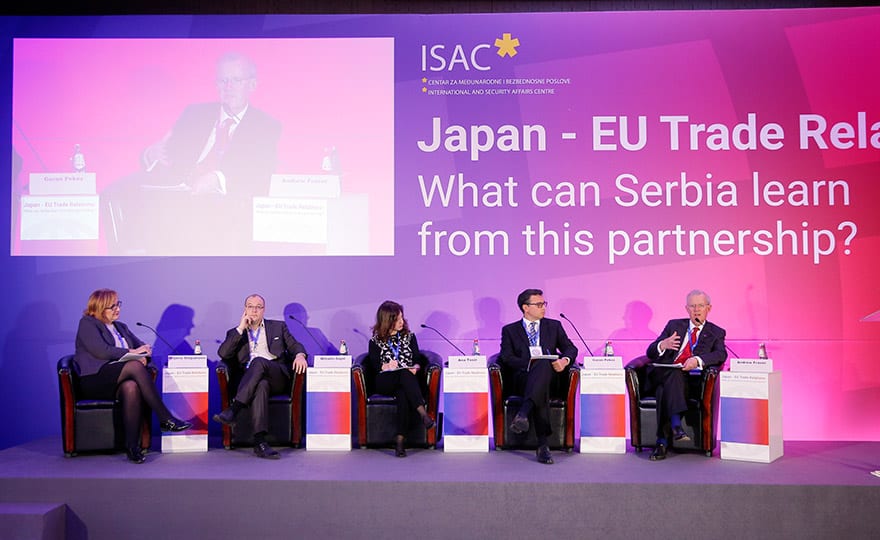 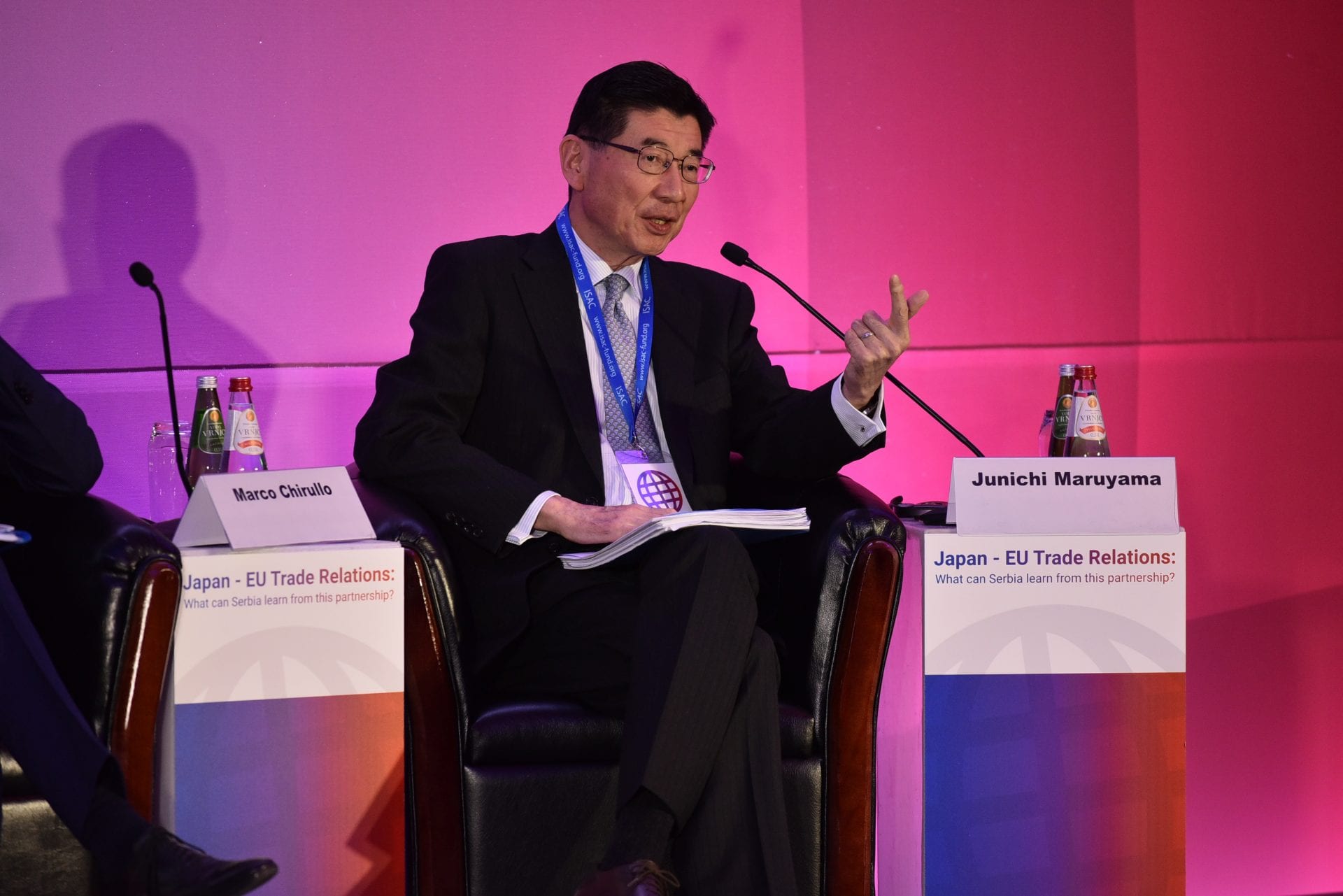 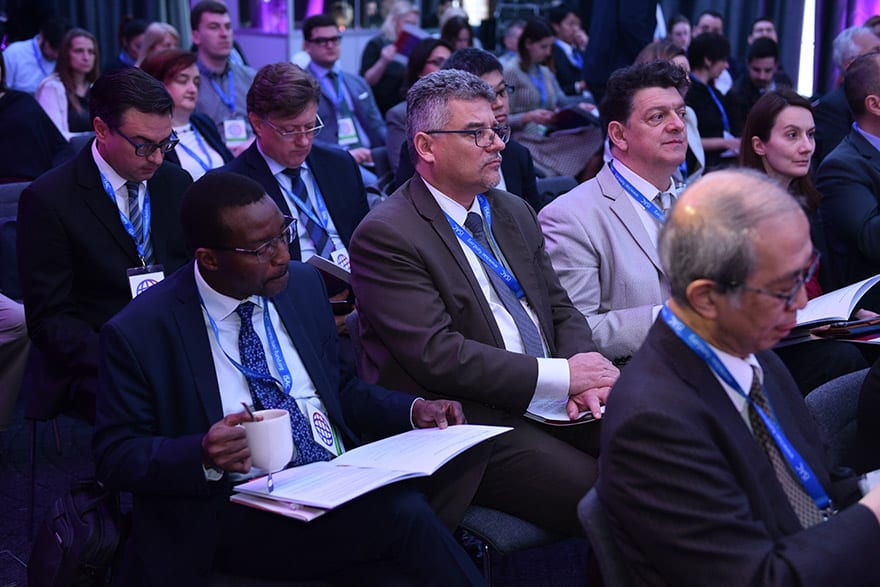 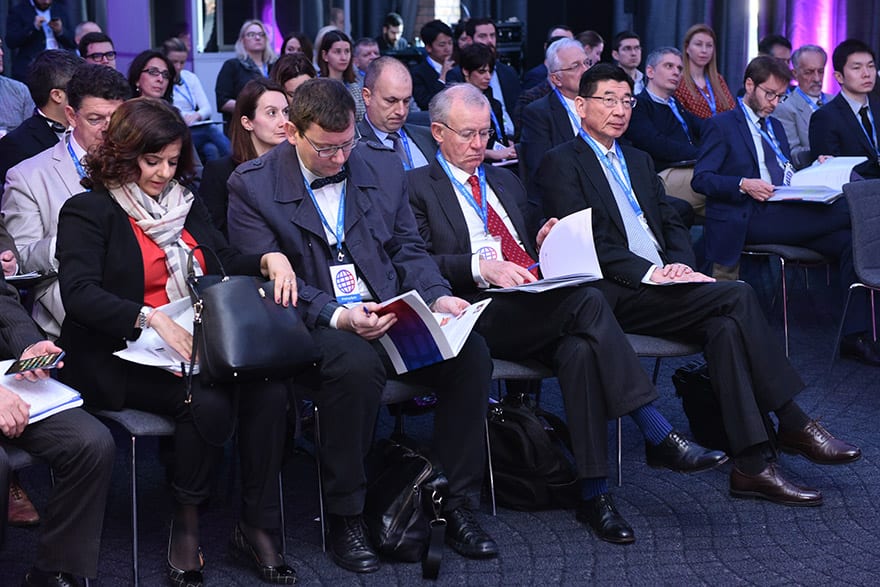 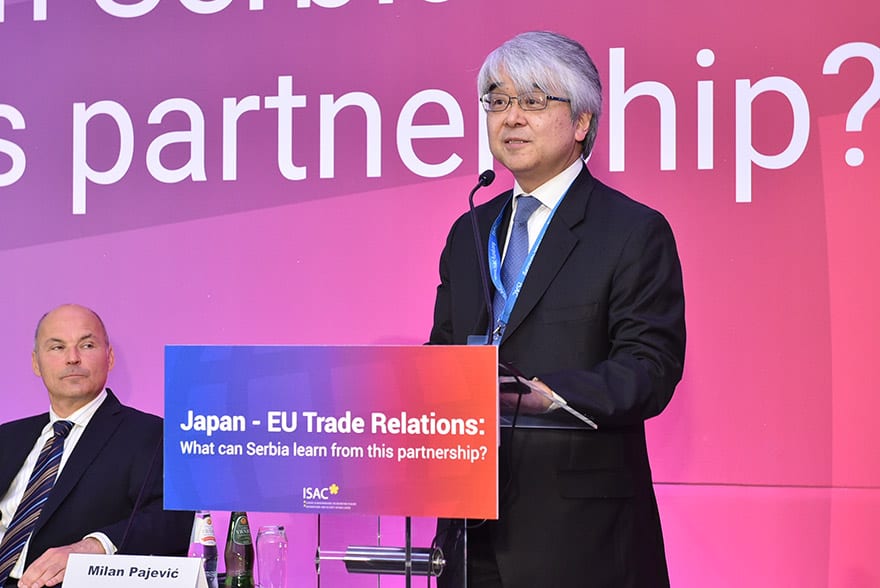 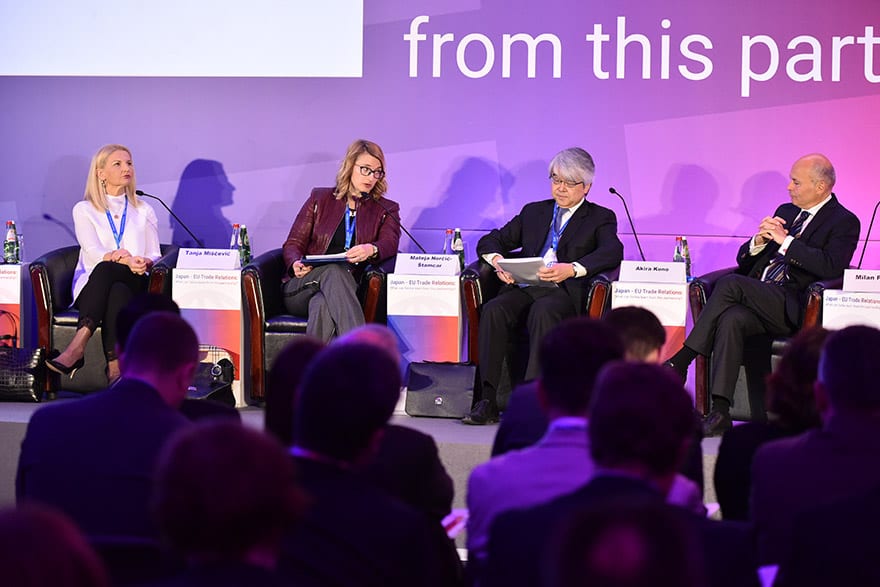