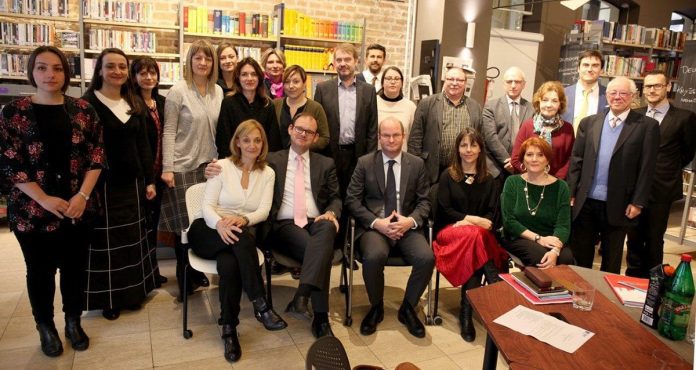 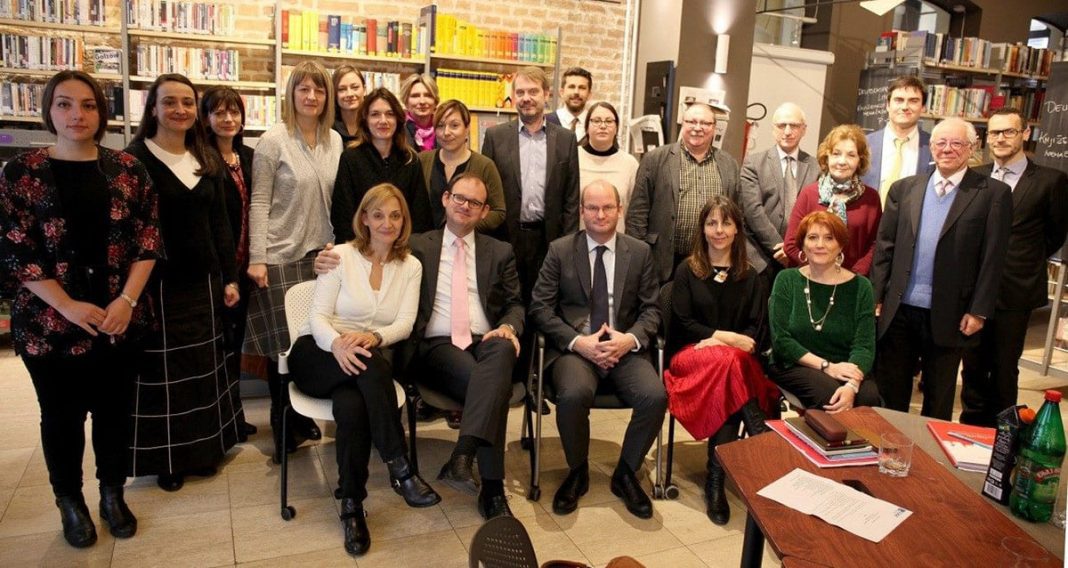 The General Assembly of EUNIC Serbia (European National Institutes of Culture in Serbia) convened on 12th December on the premises of Goethe-Institut Belgrade to adopt a new charter, welcome two new full members, elect a new President and two Vice-Presidents, and discuss future projects and fields of cooperation.

After a year and a half as President of EUNIC Serbia, Jean-Baptiste Cuzin, Director of the Institut Français, handed over the Presidency to Johannes Irschik, Director of the Austrian Cultural Forum.

Mr Irschik will be joined by two Vice-Presidents: Slavica Markovic-Sandić, Communications and Public Diplomacy Officer at the Swedish Embassy, and Davide Scalmani, Director of the Instituto Italiano di Cultura, while Mr Cuzin will remain a member of the Board in the role of special advisor.

Major topics discussed during the General Assembly included the upcoming European Year of Cultural Heritage and cooperation between the EU Delegation and Serbian stakeholders in this regard, the recently launched EUNIC Artists-in-Residence programme and the European Day of Languages, which will be held on 26th September 2018.

The first coronavirus case in Finland was discovered in January, but the patient was quickly isolated and recovered well. Kimo Lahdevirt ambasador Finske The next batches...
Read more

On the occasion of 102nd anniversary of the Finnish independence, Ambassador Kimmo Lähdevirta and Mrs Pia Kaikonen hosted a reception at the residence. Ambassador of...
Read more
Cord MagazineLeaders Meeting Point