During her visit she met with incumbent Prime Minister and President-elect Aleksandar Vučić, as well as participating in a panel discussion on the topic “Accession to the European Union: industrial policy and policies of small and medium-sized enterprises in terms of economic growth and employment”, which was organised by the Chamber of Commerce & Industry of Serbia.

The panel discussion was opened by Serbian Economy Minister Goran Knežević and the acting director of the Office for European Integration of the Republic of Serbia, Ksenija Milenković.

Among those discussing the current situation and the potential of the SME sector in Serbia on the road to EU were Richard Weber, president of the Association of European Chambers of Commerce and Industry (Eurochambres), Pier Luigi Gilibert, Chief Executive of the European Investment Fund, and Andrej Jovanović, general manager of holding company “Moji brendovi” (My Brands). 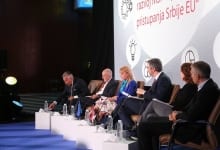 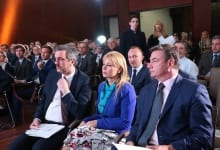 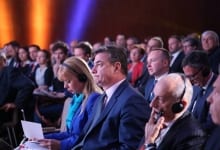 Integration Should Contribute to Harmonisation With the EU

Austrian Support For Dual Education And Digitisation Of The Economy