“The members of the American Chamber of Commerce (AmCham) believe that the Ministry of Finance has achieved stabilization of public finances, public debt has been reduced, and budget stability has been preserved, which deserves praise. We believe it needs to be continued in the same direction, and the business environment needs to be improved by the regulation of parafiscal levies, public procurement, relaxation of foreign exchange regulations and systemic Tax Administration reform so that the economy would get the wings necessary for further growth and creation of jobs,” said Jelena Pavlović, the President of AmCham in an open conversation with Siniša Mali, Minister of Finance.

In the focus of talks with Minister of Finance Sinisa Mali, were topics of importance for the further improvement of the business environment, such as the direction of fiscal and financial reforms.

Speaking about stimulating sustainable economic growth and preserving budget stability, Minister of Finance Siniša Mali emphasized that the priorities of the ministry in the coming period will be transformation and modernization of Tax Administration, as well as the adoption of stimulating measures packages that will further accelerate the growth of the economy.

“The latest revised data suggests that GDP growth in the first six months of this year was 4.9 per cent, which is much more than expected. All this speaks in favour of being on the right path, but also that it is important to maintain financial stability and to encourage further growth. That is why we are actively engaged in the transformation of Tax Administration in order to make it more efficient, and soon we will present a stimulating measures package that will facilitate the work of the economy” – said Minister of Finance Siniša Mali.

“Great work has been done in the field of reducing the informal economy, and members of AmCham recognize the successes of the Tax Administration which continuously progresses. However, it is necessary to increase efficiency, especially in the domain of compliance with the legal deadlines for VAT refunds, as well as the general harmonization of actions and interpretation of regulations.”– added Pavlović.

The President of AmCham pointed out that the process of reforming parafiscal levies has not been completed and she hopes that this systemic reform, which the previous three Ministers of Finance have started or continued, will finally be completed. “AmCham’s efforts have been focused on reforming parafiscal levies for five years and encouraging fact is the opening of a public debate on the Draft Law on Fees for the Use of Public Goods, which aims to catalogue all fees, eliminate parafiscal levies, specify the methodology for determining the amount and thus introduce the predictability to the economy in connection to these levies,” – said AmCham President.

In addition to parafiscal levies and systemic reform of public procurement, according to AmCham’s research on business climate and investor’s confidence, the predictability of changes in tax regulations is a key challenge for AmCham members, but also for micro, small and start-up companies. 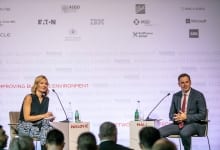 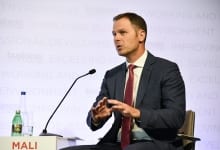 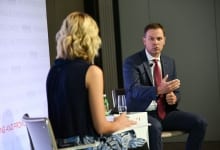 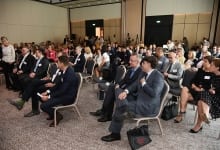 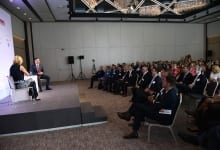 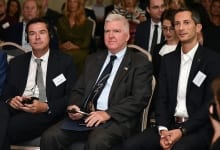 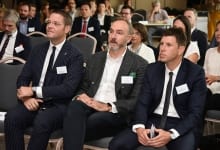 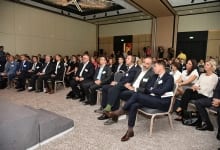 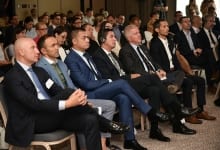 Bridging Industry and The State

Meeting Of The American, French And Nordic Business Communities