A successful cooperation between France and the...
Read more

“WikiGap takes place in 63 countries. In Serbia, the topic of today’s workshop was the preparation of articles on women who made a difference. I believe that many women have been credited with many good deeds, but so far they have not been credited with this merit. These workshops are a great opportunity to get things right,” said Swedish Ambassador to Serbia H.E. Jan Lundin. He added that while the data varies by region, there are four times as many articles on the internet about men as women.

The WikiGap campaign was launched by the Swedish Ministry of Foreign Affairs in collaboration with Wikimedia Sweden two years ago when Belgrade was the first city to host such a workshop. 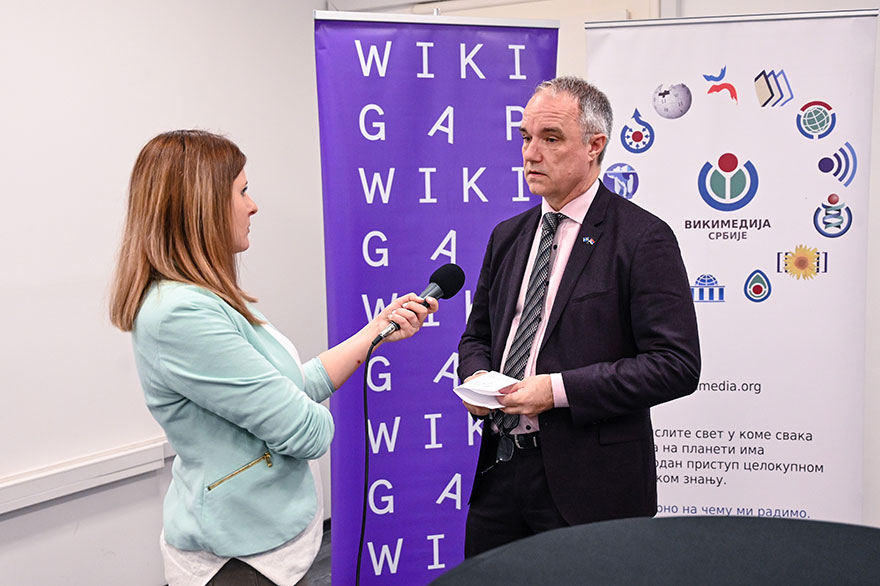 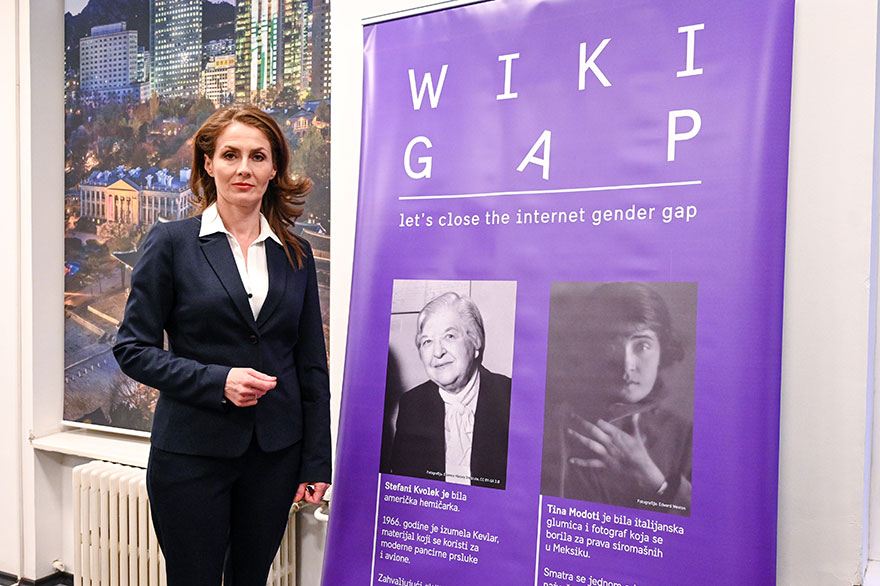 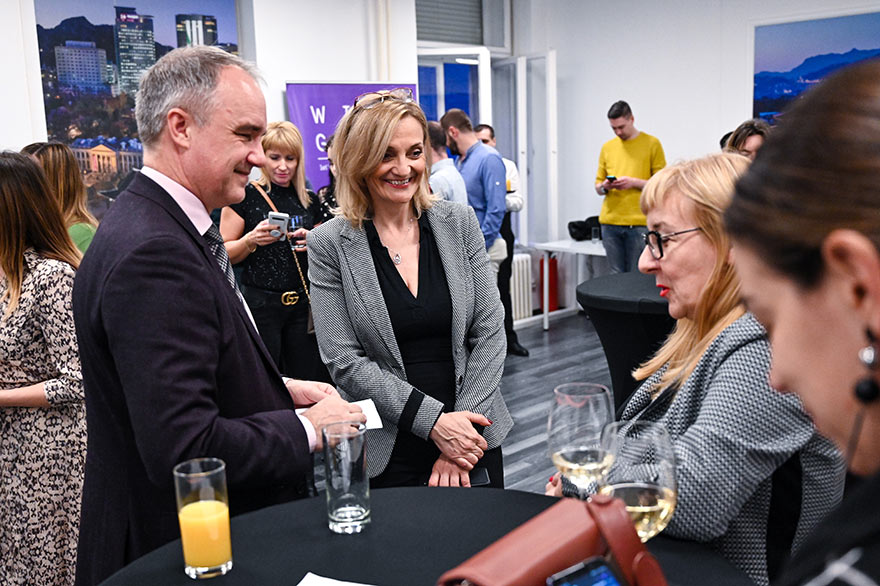 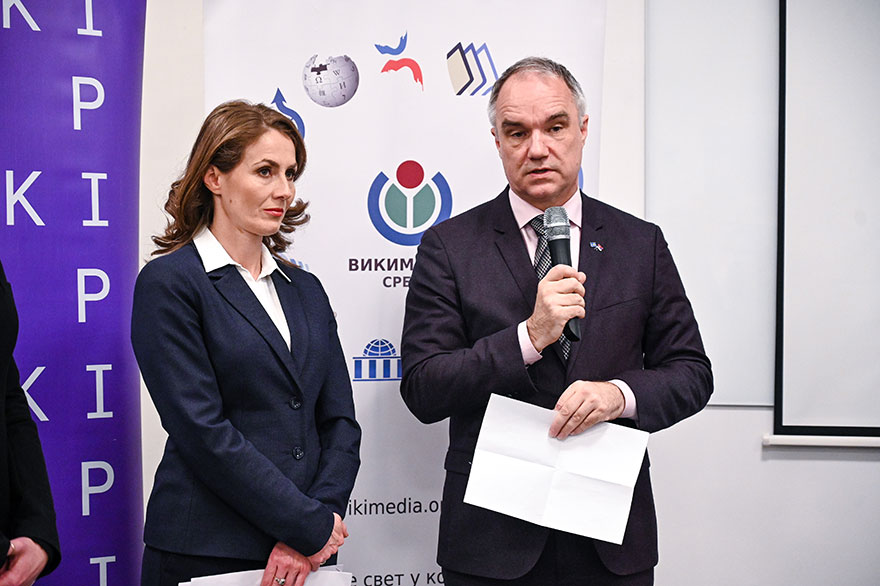 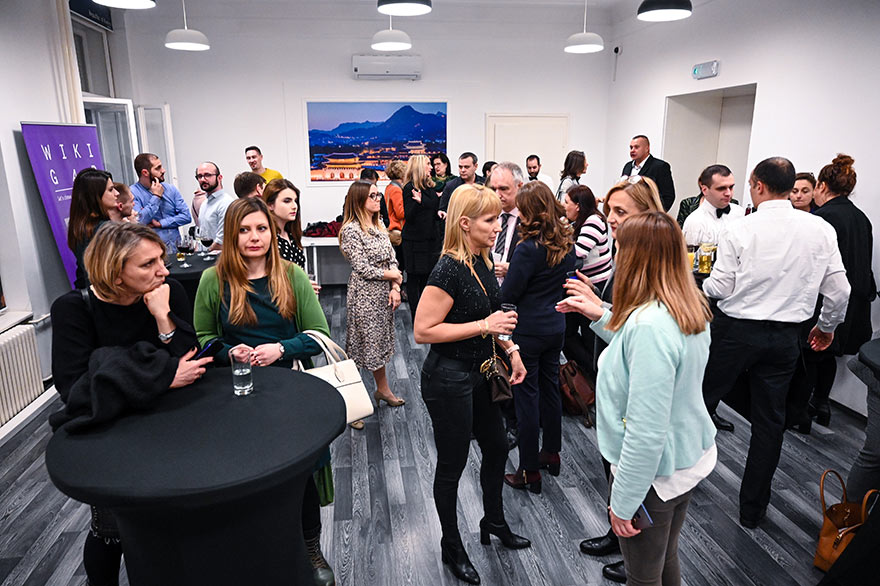 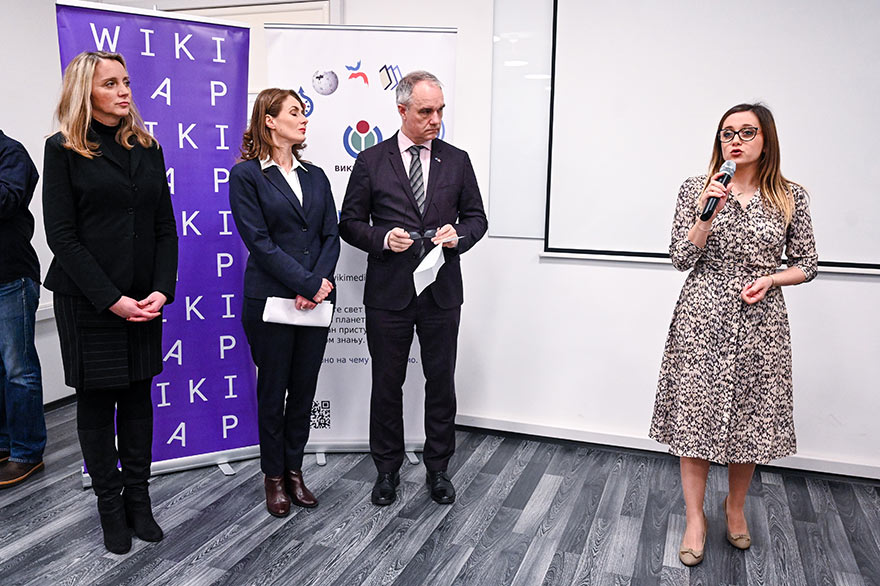 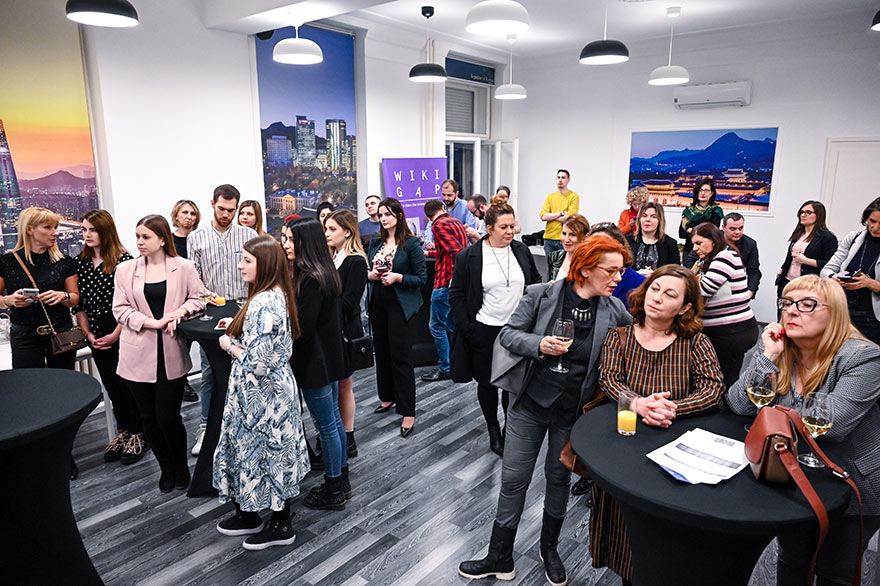 “If you don’t have enough information, you won’t even be aware of gender inequality. Nowadays, if you are not visible in one click, you will remain invisible,” said Commissioner for the Protection of Equality Brankica Jankovic. She added that women are less visible precisely because they have not yet conquered the public sphere, despite major advances and achievements. “It is important that we have people who are dedicated to this issue, namely Wikimedia Serbia and the Swedish Embassy. This is a great job they have done for our state and society,” added Brankica Jankovic.

Wikipedia has the largest number of articles and authors – as many as 90% of the articles are written by men. WikiGap, held at the Serbian-Korean Information Access Center within the Ministry of State Administration and Local Government, aims to create a gender balance on the Internet.

The third Wiki Gap workshop brought together about twenty editors who were trained by Wikimedia Serbia representatives to successfully create Wikipedia articles.

“You are a very specific target group, one that has a real impact on the distribution of information worldwide. Unfortunately, there are many more articles about men than women. But that is slowly changing. New articles on famous women around the world have been translated into 30 languages. It is impressive to be a part of this important global action, ”said the opening marathon of the Deputy Ambassador of Sweden Joakim Vern.

After three years of running the WikiGap editorial marathon worldwide, there are now 35,000 new articles on famous women and their achievements online. Their biographies have reached 160 million views.

Wikipedia is the world’s largest online encyclopedia with the largest number of users and its content significantly affects citizens’ awareness. The initiative is maintained in collaboration with all Swedish embassies in the world.

Talking about the rights of LGBTI people does not mean talking about special rights, but about human rights for everyone, without discrimination. Despite progress achieved across...
Read more

Over the coming year, the Swedish Chairpersonship will do its part to ensure that the OSCE can make a real difference on the ground...
Read more
Cord MagazineLeaders Meeting Point