The Ministry of Culture of the Government of Serbia announced that the element of the intangible cultural heritage of...
Read more
13 June 2017
Facebook
Twitter
Email

In cooperation with Ethno-Network and NALED, the Serbian government’s Coordinating Body for Gender Equality has launched an initiative to employ 1,000 women in rural areas to produce traditional handicrafts.

“With this initiative, we wish to contribute to reducing poverty, economic empowerment and affirmation of the role of women in the local community and the rural economy”, said prof. Zorana Mihajlović, PhD, chairwoman of the Coordinating Body for Gender Equality and patron of the action 1,000 Women.

At a ceremony at Belgrade City Assembly the web site www.1000zena.rs was presented, with information on the most beautiful handicrafts from all corners of Serbia.

“Within the year we would like to ensure work for 1,000 women for a duration of at least three months”, said Violeta Jovanović, Chairwoman of Ethno-Network and executive director of NALED.

The initiative is supported by Norwegian ambassador H.E. Arne Bjornstad, prof. Vladimir Marinković, PhD, vice-president of the national assembly, Frederic Aubet, general director of the company CRH and other representatives of the business community, institutions and the diplomatic corps. 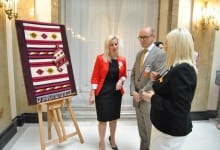 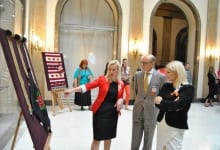 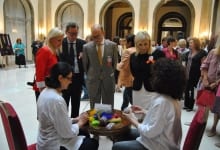 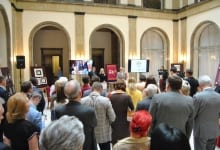 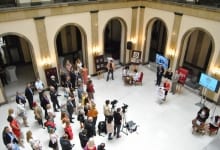