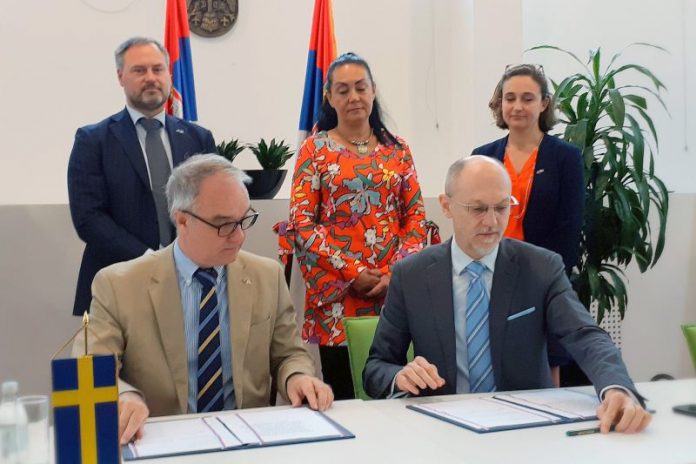 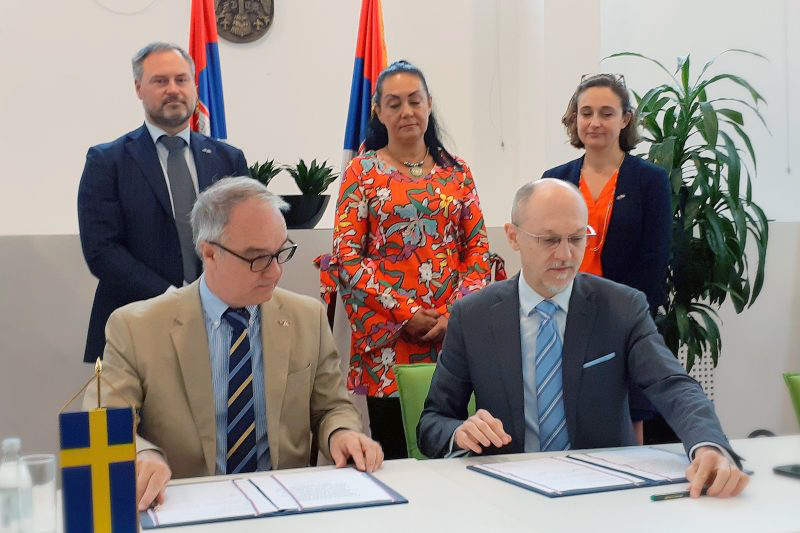 Minister Trivan thanked Sweden for its continuous assistance and support in the process of joining the European Union, emphasising that Sweden is one of Serbia’s main partners in achieving European environmental standards.

Ambassador Lundin expressed satisfaction with the signing of the agreement extending the ENVAP programme for another period and the continuation of Sweden’s cooperation with Serbia in the field of environmental protection.

He emphasised that Sweden invests €2 million a year in environmental reform in Serbia, which makes it a stable and largest bilateral partner of Serbia in this area.

The Ambassador assessed that the development of Serbia’s negotiating position in the field of environmental protection and its timely delivery to Brussels is a great success, with the expectation that this kind of work will continue at the same pace in the future.

VI international MITECO Forum gathered local and international experts who has participated in a hybrid form of Forum (online and offline panels). They have...
Read more

Is there room to talk about equality in times of crisis? This question will be asked several times through various activities that the Swedish...
Read more
Cord MagazineLeaders Meeting Point