The negotiations and the opening of Chapter 27 is one of the greatest challenges for Serbia in the process of accession to the European Union. Encouraged by the establishment of a special Ministry of Environmental Protection, the new environmental administration has enthusiastically taken a number of steps to develop and define the “environmental status quo” to enable the opening of negotiating Chapter 27

Burdened with historical pollution, the state of waste and wastewater and insufficient cross-sector connectivity, this will not be an easy job for the new ministry. However, we have made a plan to complete the first draft of the negotiating position by the end of June and submit it to the European Commission in Brussels for informal consultations. That still means we have a lot of work before opening the negotiations.

To prepare the position for negotiations successfully, we must achieve the objectives of EU policies in the field of environment protection and climate change. For Serbia, this will be a long-term and difficult process, since it must find a way of encouraging sustainable development, an economy that uses resources rationally, an industry with low emissions of gases and robustness in the face of climate change. A particular challenge will be the transition to a green economy based on the principle of the circular economy.

The laws, rulebooks and regulations that need to be adopted and implemented include over 200 legal acts. These acts are horizontal legislation, water and air quality, waste management, nature protection, industrial pollution control and risk management, chemicals, noise, civil protection and climate change.

Since we began preparing the negotiating position for Chapter 27, the explanatory and bilateral screening was successfully completed by the end of 2014. At a government session on September 2015, the post-screening document was subsequently adopted, which provided a clear transposition and implementation plan for the EU legal framework for Chapter 27.

Serbia has to pay particular attention to its environmental preventive activities and the “polluter pays” principle if it wants to accept the basic principles of the EU acquis. It is very important to fight against environmental damage at the source of pollution, joint responsibility, integration of environmental work, adaptation to climate change and increasing resilience to disasters and catastrophes. 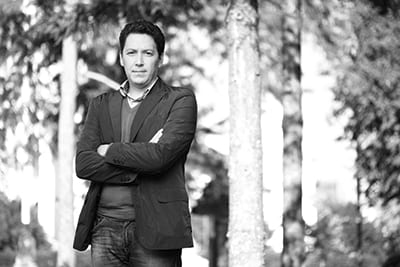 It is clear from the aforementioned that Chapter 27 is one of the most complexes and demanding of all the 35 chapters that Serbia must traverse to join the EU. It pervades through all others and it is, therefore, necessary to coordinate, communicate and support the institutions and society as a whole.

The specificity of this process is that not all the sectors negotiated in Chapter 27 are under the jurisdiction of the Ministry of Environmental Protection. A particular drawback at this moment is an unpredictable institutional financing mechanism and a lack of administrative capacities. This is because harmonisation with the EU acquis requires significant financial investment, very close and structured cooperation among all stakeholders (business and industry, civil society organisations, local government, institutes, faculties, public utility companies etc.).

A strong and well-equipped administration both at the national and local levels is the basis for implementing and executing harmonisation.

It is expected that Serbia will have €1.288 billion from EU funds in various financial cycles over the seven years after joining the European Union

We have, thus, quantitatively and qualitatively intensified the consultative meetings held with all stakeholders in society, primarily with the civil sector, the Standing Conference of Towns and Municipalities, the bodies of AP Vojvodina and local governments, and especially with sectors of the economy, industry, chambers, faculties, institutes, institutions and recyclers. For our Ministry and Negotiating Group 27, it is very important to include as many stakeholders as possible in preparing implementation plans and the draft negotiating position, since we will thereby gain a better understanding of the needs, problems, deadlines and adaption to new conditions following EU accession for all actors in society.

Currently, and thanks to the available information, the DSIPs show that we need approx. €6.44 billion for full implementation only in the Water and Waste Sector. Each of the listed DSIPs should offer proposals for infrastructure works, technical solutions, transitional deadlines, methods and sources of financing. The implementation plans should provide these in three scenarios (optimistic, medium, pessimistic) and then the government will decide which one to negotiate with the Commission. It can be estimated from the experiences of other countries that the necessary investment can be provided through EU funds (50% of investments), national grants, state co-financing, local funding (30%) and loans (20%).

The new environmental administration at the ministry has been working on collecting and preparing quality projects in the fields of water and waste management for the last several months. Special attention has been paid to local government units, and Minister Goran Trivan has on several occasions asked city and municipal mayors to start drafting technical documentation and projects that can facilitate and improve the lives of their local communities.

After the opening of Chapter 27, and before the expected date of accession in the period from 2021-2024, we have to be ready to accept and invest about €100 million a year. It is expected that Serbia will have €1.288 billion from EU funds in various financial cycles over the seven years after joining the European Union. This means that, in addition to developing the negotiating position and starting negotiations, the relevant ministries must be able not only to produce technical documentation but also to invest in cooperation with local governments and spend the offered funds properly. The funds can be expected to be available after 2025 (assuming that is the year of accession). In this case, EU funds could finance 50% of the costs, mostly in the water management (about 70%) and waste management (about 30%) sectors.

If we, as a country, want this work of national importance to be successfully completed for the benefit of all our citizens and the environment, we need the support and greater involvement of the public, the media and CSOs, and above all understanding and discussion within the government: the ministries responsible for finance, water, health, internal affairs, energy and mining. Nevertheless, a necessary condition is a further development of institutional capacities for preparing and implementing projects.

Ferry Agent is a road transport company that’s focused on the UK market, where it has been operating since its inception 15 years ago....
Read more

Alumil YUI is the region’s absolute leader in the production and distribution of aluminium systems. As an intelligent, vertically integrated company, it can quickly...
Read more

Growth With A Purpose

Nectar Group, the largest producer of fruit juices and processor of fruits and vegetables in Southeast Europe, has strengthened its position as a regional...
Read more

The commencement of COVID vaccinations has focused attention on the modern medical miracle of immunisation. It has eradicated some...
Read more
Cord MagazineLeaders Meeting Point