Ambassador Bhattacharjee handed over to Minister Selakovic a letter of congratulations from Indian Minister of Foreign Affairs Subrahmanyam Jaishankar on the occasion of Selakovic’s appointment to the position of foreign minister.

Selakovic stated that he will invest personal efforts in the further improvement of friendly relations and cooperation of the two countries, which are firmly based on the values of the Non-Aligned Movement and added that economic cooperation has a lot of unused potential.

Selakovic said that Serbia highly appreciates India’s principled position regarding Kosovo-Metohija, by which it keeps its role of a guardian and creator of a more just international order, based on the respect for the fundamental principles of international law. 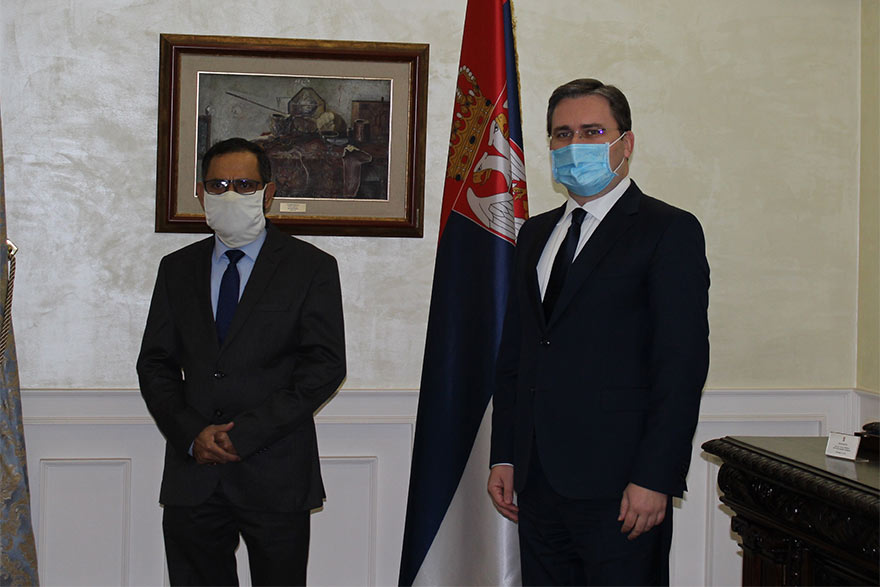 The Minister thanked India for a sincere support to the territorial integrity and sovereignty of Serbia and explained that Belgrade is fully committed to dialogue with Pristina, as the only sustainable solution for the peace and stability in the Balkans and the economic and social prosperity of the region.

The Embassy of India in Belgrade and the National Assembly of Serbia, in association with Indian Council for Cultural Relations, is organising an art...
Read more

Expressing satisfaction over the additional strengthening of close ties between Serbia and India through the exchange of visits at the high and highest level, Selakovic underlined that Serbia would be very honoured to host President of India Ram Nath Kovind and Prime Minister Nerendra Modi, who were personally invited by Serbian President Aleksandar Vucic to visit Serbia, according to a statement from the Ministry of Foreign Affairs.

Serbia's diplomatic activities in the coming period should also be directed towards foreign policy priorities, namely the preservation of sovereignty and territorial integrity and...
Read more

First Visit To Serbia By High Maldivian Official In 15 Years