The Western Balkan countries are small in terms of the size of their populations, as are the Nordic countries, and playing together makes all of us stronger in the European and global arena

The political and economic priorities of the Nordic countries in Serbia and the region are practically the same. From year to year, our countries top international rankings measuring happiness, equality, anti-corruption, media freedom, prosperity, environment and innovations.

These are the areas where we would also like to see improvement in Serbia and other Western Balkan countries, says Finnish Ambassador to Serbia H.E. Kimmo Lähdevirta.

As Ambassador Lähdevirta explains, the political priorities of Nordic countries are, overall, in line with those of the EU. “In the second half of 2019, Finland was presiding over the Council of the European Union. The priorities of our presidency included rule of law, a more competitive and socially inclusive environment, tackling climate change and protecting the security of citizens. Finland was also committed to working on a credible enlargement perspective for Serbia and other Western Balkan countries. Those priorities were, and remain, the cornerstone of relations of Finland, as well as other Nordic countries, towards Serbia and the region.”

According to our interlocutor, more alignment with EU policies, especially those related to the rule of law, will bring numerous benefits for both Serbian citizens and business stakeholders in the long run.

What are Nordic and Finnish economic interests when it comes to economic cooperation with Serbia?

– The Embassy of Finland often joins forces with other Nordic Embassies, as well as the Nordic Business Alliance, when tackling topics that are important for Serbia and that are closely related to the Nordic values. One of the latest examples was the creation of a Nordic Task Force that worked on improving the business environment and fair competition by tackling public procurement issues. Furthermore, the Embassy has been working on sharing Finnish experiences and knowhow in many other fields, including innovations, digitalisation, transport, smart cities and other relevant sectors.

Lately, we have noticed increased interest among Finnish companies in the renewable energy and environment sector in Serbia. Those sectors will require large investments in the coming years if Serbia wants to reach the minimum EU requirements. Companies from Finland, like those from many other countries, also recognise the potential of outsourcing and manufacturing in labour-intensive industries.

Do you see something that resembles Nordic cooperation in the Western Balkans’ ‘mini Schengen’ initiative?

– We follow the evolution of the “mini Schengen” initiative with interest. In principle, we support regional cooperation, developing connections between the Western Balkan countries, as well as initiatives that promote free movement and reduce unnecessary bureaucracy. However, it is crucial that this type of cooperation is in line with the obligations related to the EU membership aspirations of the countries involved.

For Finland, our experiences with Nordic cooperation were also very helpful for our EU membership. For example, the Nordic Passport Union has been in place since the 1950s, well before the Schengen agreement. However, comparing our system directly with the “mini Schengen” initiative would not be very productive, as the contexts are quite different.

The Nordic model of cooperation led to great trust among nations. How can it be used to overcome the distrust among countries in the Western Balkan region?

– As I just mentioned, the contexts are different. There has been no war between the Nordic countries during the last 200 years, whereas the Western Balkan countries faced devastating wars during the 1990s after living in the same country. 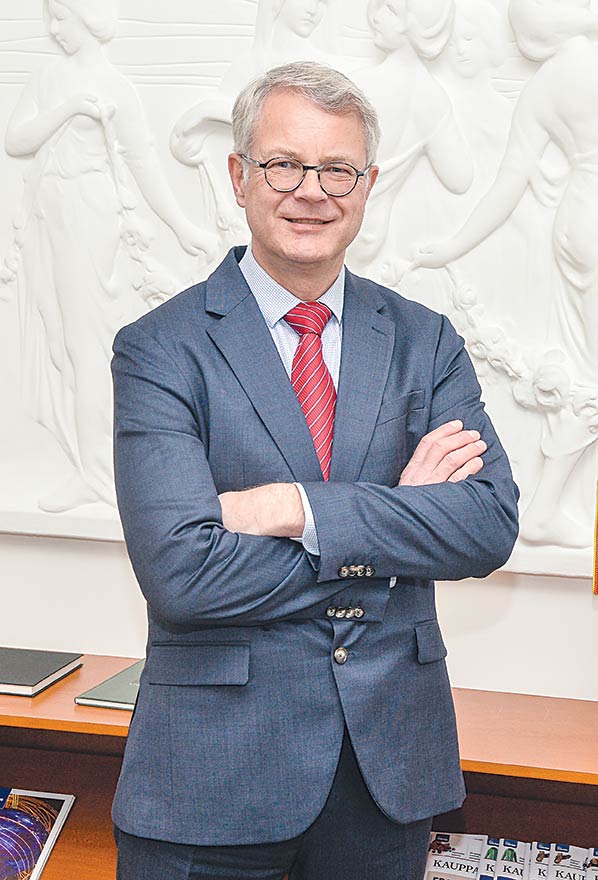 Building or re-building trust in that context is very demanding. It requires that all sides accept their responsibility for the mistakes of the past, as well as completely different narratives and rhetoric from those of the ‘90s. This is not an easy process, but it is the only way for this region to play as a team. The Western Balkan countries are small in terms of the size of their populations, as are the Nordic countries, and playing together makes all of us stronger in the European and global arena.

When we set aside the geopolitical context, principles of good regional cooperation are universal. Among them are determination to gather around common goals and develop an understanding that when a neighbouring country is doing well it can have a spillover effect on your country. Of course, there are differences and conflicting interests, but there must be a rational viewpoint that we do not want to endanger all other aspects of cooperation until we reach the same understanding on disputed issues. There is no point in losing time waiting for that, while – on the other hand – there is a need to work with what you have and work on having more in common.

It is often said that the media fabricate fake news and thus create distrust between the countries of the region. How must media freedom be understood when it comes to bringing value to society?

– Fake news and tabloid journalism are creating distrust not only between the countries of the region but also within them. Currently, one can notice at least two different realities in media reporting. Those divisions are very dangerous, as they also exist between citizens. Coming from different realities, relevant stakeholders struggle to find channels of communication between them and there is no dialogue.

The media have the right to pursue their own editorial policies but, first and foremost, they should follow the standards of the profession of journalism.

On the other hand, the media alone cannot be held responsible for overall mistrust, which also has a lot to do with the role of institutions tasked with securing the rule of law. For example, when the media reports about a corruption scandal and there is no proper followup to that case by judicial institutions, it might look like the media is creating those affairs. It is therefore crucial that all actors play their roles, as it is only in that way that there can be trust within and between societies in the region.

What are your priorities in 2020, and which events would you single out as the most important for us to watch for?

– In cooperation with the Chamber of Commerce & Industry of Serbia and the Western Balkans 6 Chamber Investment Forum, the Embassy of Finland is organising a Western Balkans-Finland business seminar to be held in Helsinki on 17th March. The main focus of this seminar will be on exploring possibilities for cooperation between Finnish and local companies.

Another interesting activity during this spring is the promotion of Serbian craft breweries and beers in Helsinki. Specifically, Serbia will most likely be the partner country of this year’s Helsinki Beer Festival, to take place from 3rd to 4th April.

The Embassy will participate in a project focusing on healthy food in schools in October. This project is being implemented in cooperation with the Nordic Council of Ministers and other Nordic Embassies in Serbia.

Finland supports innovations and the start-up ecosystem in Serbia. Since 2015, in cooperation with the Serbian Innovation Fund, we have been promoting the Slush conference in Helsinki, which is one of the leading start-up events in the world. We have managed to send at least one local start-up to the Slush each year. After a short break last year, we hope that we will be able to reactivate the programme this year and send a local start-up to Helsinki in November.

The Embassy of Finland in Serbia commemorated the hundredth anniversary of Finnish independence with a series of events throughout the whole of 2017. They...
Read more

Stepping Boldly Towards A Circular Economy

The General Assembly of EUNIC Serbia (European National Institutes of Culture in Serbia) convened on 12th December on the premises of Goethe-Institut Belgrade to...
Read more

The leader of Finland’s Social Democrat Party (SDP) has declared victory in the country’s general election after partial results put the party slightly ahead...
Read more

On the occasion of the start of the Finnish Presidency of the Council of the European Union Ambassador of Finland in Belgrade H.E. Kimmo...
Read more

Ambassador of Finland to Serbia H.E. Pertti Ikonen hosted a “Thank You Reception” at the Finnish ambassadorial residence in order to express gratitude for...
Read more

On the initiative of the Finnish Embassy, there's is now a street in Belgrade named after a Finnish person! The street Ulica Žana Sibelijusa...
Read more

The Belgian Defence Attaché David Lambeens and his spouse Milica have organised in Hotel Amsterdam in Belgrade the yearly reception and the toast to...
Read more

Ukraine consistently adheres to the principle of the territorial integrity of Serbia, said the Ukrainian ambassador in Belgrade H.E. Volodymyr Tolkach. Ambassador of Ukraine to...
Read more