On Wednesday June 2nd, the International Women’s Club of Belgrade (IWC) held its June Coffee Morning event at the residence of the American ambassador.

The event was highlighted by a visit from guest of honor, Madame Vučić. Newly-elected IWC president Sonia Shehryar, wife of the Pakistani ambassador, spoke to a crowd of nearly 100 IWC members, guests, and other spouses of ambassadors. She presented gifts to Madame Vučić and to Anne Godfrey, wife of the American ambassador.

The event was also a craft fair that featured Etno Mreža, a group that represents 22 communities of crafters from throughout Serbia who are keeping alive the traditional Serbian motifs, patterns, and weaving styles that represent an important part of Serbian culture and heritage.

The IWC was also selling its popular book, Belgrade Through the Eyes of Foreigners, which is its latest fundraising effort. Proceeds from the sale of the book go to support Covid-19 relief projects throughout Serbia. 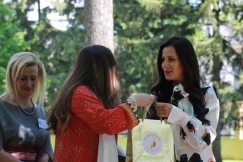 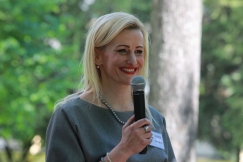 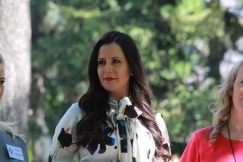 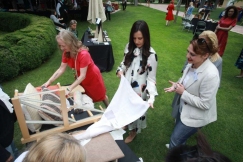 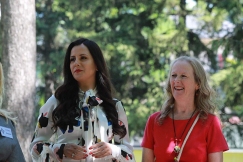 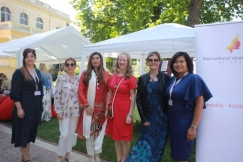 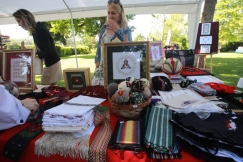 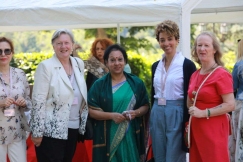 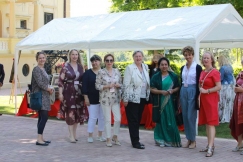 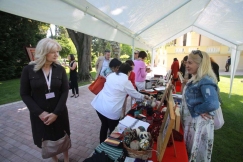 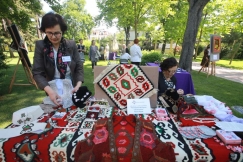 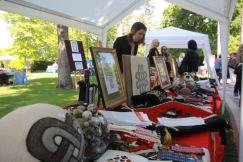 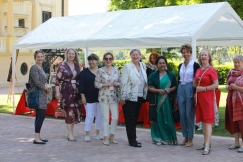 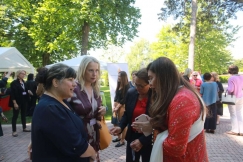 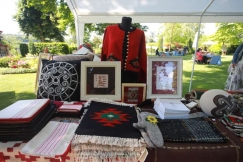 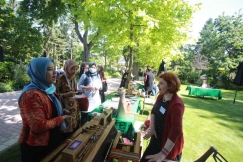 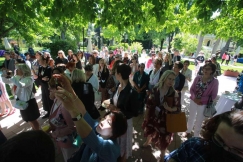 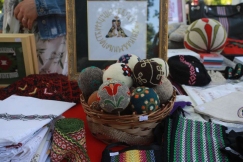 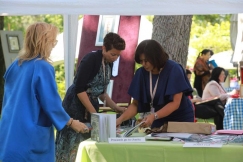 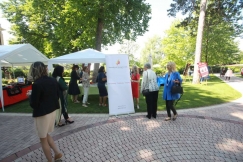 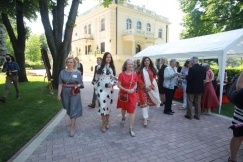 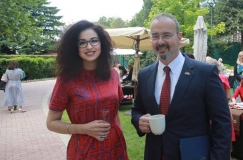 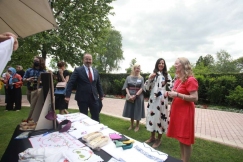 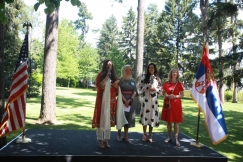 The IWC held its first Coffee Morning event of the 2022-2023 year on 13th September, generously hosted by the Ambassador of Finland H.E. Kimmo Juhani...
Read more

On 7th June the IWC members were guests of Indigo Hotel for the last IWC Coffee Morning event before the summ­er holidays. On this...
Read more

The April 1st Coffee Morning event of the International Women’s Club of Belgrade was a joint venture with the Malaysian embassy and PERWAKILAN (Ladies’...
Read more

The International Women’s Club of Belgrade held its first coffee morning event of the year 2022 on February 3rd hosted graciously by the Marriott...
Read more

The​ International Women's Club or Belgrade held its December coffee morning at the Crowne Plaza hotel on December 1st 2021. It was attended by...
Read more