Ambassador of India to Serbia Sanjiv Kohli sent a message today that “yoga is the golden key that unlocks the door to peace, tranquillity and joy”, after which a group yoga class started at Kalemegdan on the occasion of 8th International Day of Yoga.

“People say that the body lies in the past, that our thoughts are in the future, but that we are in the present only when we do yoga,” Kohli said.

He called on people to join yoga classes at 17 locations in 16 towns across Serbia, marking the International Day of Yoga this year, with a message that “we give strength to each other”.

Kohli noted that yoga is an ancient Indian tradition that emerged 5000 years ago, and that it is very important for man’s heart and soul and can help people achieve a balance.

He said that yoga belongs to everyone, not only people in India, and this has been confirmed by the fact that the United Nations adopted a resolution and officially endorsed yoga.

It is expected that the events marking the Day of Yoga in Serbia would bring together more than 1000 yoga lovers.

This year, the Embassy of India organized the event with support from different Serbian organizations engaged in teaching yoga. The program included Vidya yoga, Mohanji Foundation and ISHA Foundation.

“Life is only an experience and if we want to have an experience, we must have a balance, and yoga is a balance for the society so that it never makes war, never backs blood,” said guru Mohanji from the foundation of the same name to more than 400 gathered citizens who practiced yoga at Kalemegdan.

“Yoga is universal and it is one of India’s gifts to people all over the world,” Mohanji said.

He highlighted yoga helps us find our way in all life situation and that it is much more than a lesson, as it improves the quality of life.

The Embassy of India thanked the City of Belgrade and security agencies for extending cooperation in organizing the event successfully.

The event was also supported by Agrounija, Coca-Cola Hellenic, Bechtel.

Millions of yoga practitioners and yoga enthusiasts have been celebrating 21 June as International Day of Yoga since 2015 as the United Nations adopted the resolution co-sponsored by 177 member states, including Serbia, in December 2014. 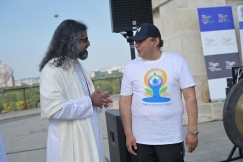 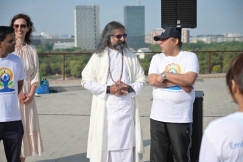 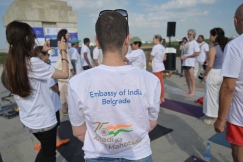 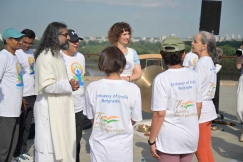 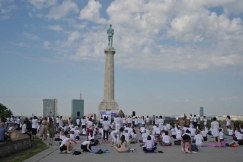 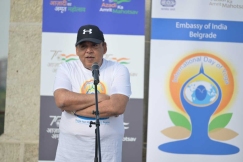 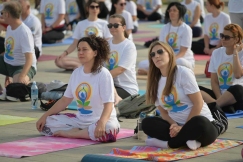 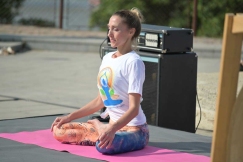 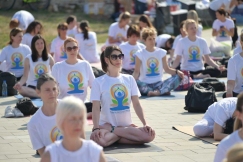 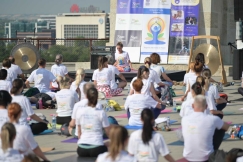 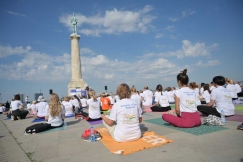 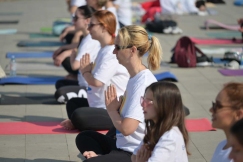 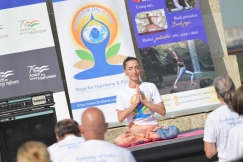 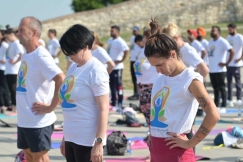 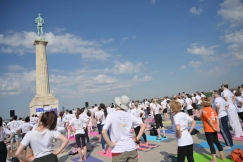 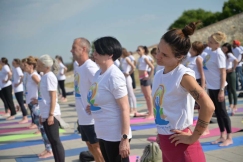 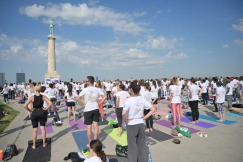 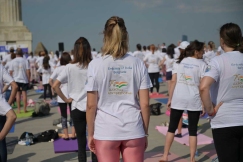 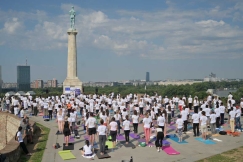 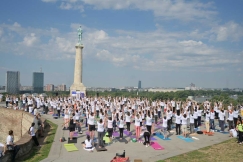 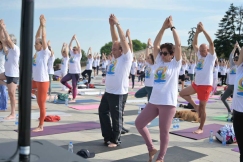 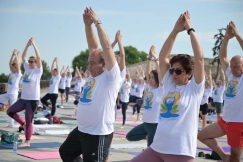 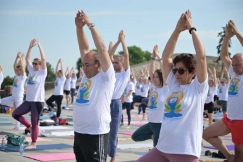 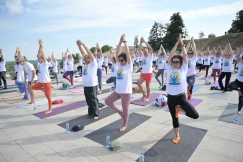 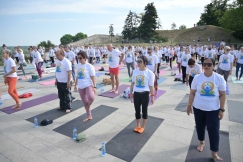 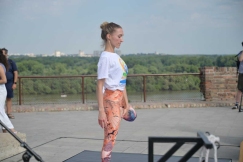 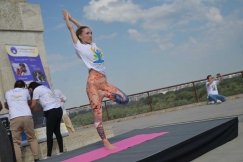 The Michelin company is pleased to present to you the selection of the MICHELIN Guide for Belgrade for 2023. In this second edition, the...
Read more

Pope Francis has appointed the former Bishop of Zrenjanin, Ladislav Nemet, as Archbishop of Belgrade and Metropolitan of the Belgrade Archdiocese, it was announced...
Read more