National Day Of The Czech Republic

On Friday, 27 October, a reception was held in the Czech Embassy in Belgrade to celebrate the 99th anniversary of the founding of an independent Czechoslovakia. Ambassador H.E. Ivana Hlavsová and her colleagues welcomed representatives of the Serbian government, the Ministry of Foreign Affairs, the diplomatic corps, members of the Czech national minority, cultural, media and educational representatives, and other friends of the Czech Embassy.

Minister of Labour, Employment, Veteran and Social Affairs of the Republic of Serbia Zoran Đorđević, Commissioner for Protection of Equality Brankica Janković and Czech writers Petra Hulova and Marek Toman, who took part in the Belgrade Book Fair this year, were also present to honour this celebration. 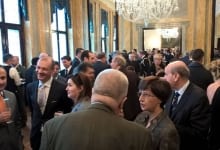 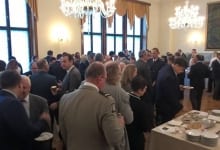 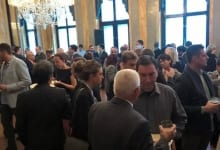 In her introductory speech, Ambassador Hlavsová pointed out the importance of this holiday, which marks the basis of modern Czech statehood. She also recalled the 80th anniversary of the death of the first president of Czechoslovakia, T. G. Masaryk, and his sympathies towards the South Slavs, and especially Serbs.