The Ambassador of Canada H.E. Kati Csaba, and the US Ambassador’s wife, Anne Godfrey, were patrons and participants in the fifth Weavers’ Colony in Stara Planina, organized by Ethno Network, an umbrella association of handicraft producers, and the City of Pirot.

Recognizing the importance of such events for both the preservation of cultural heritage and women’s economic empowerment, USAID has supported Ethno Network’s projects since 2005, and the Government of Canada has also financially supported this organization’s activities. 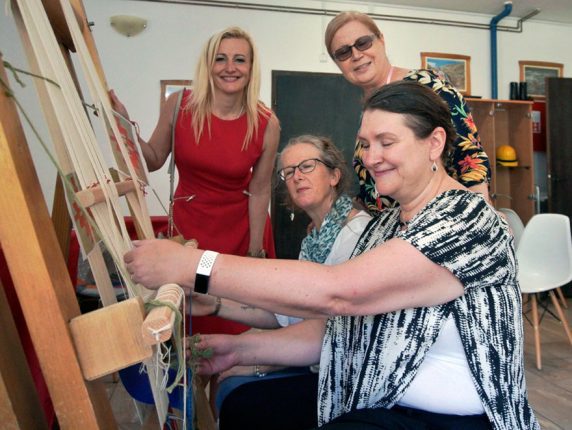 “That is why this kind of support they received from distinguished guests from Canada and the US is very important, as it is an incentive for local leaders to further develop their communities, such as Pirot and Sombor, and give even stronger support to women and their craft associations. To provide them with working space without compensation, to provide them with galleries in which they will exhibit their products, to help them with packaging, design, purchase of products for the mayor’s protocol, which is already being implemented, but should be more widespread,” Violeta Jovanović, NALED Executive Director, pointed out.