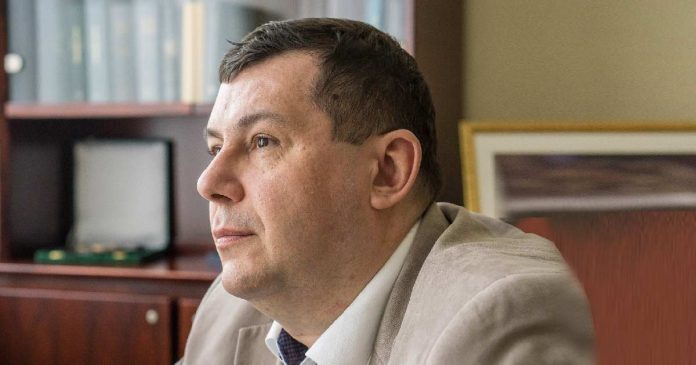 The coronavirus epidemic put Hungary into an unforeseen and difficult situation that required an immediate response. The first registered patient with COVID-19 was diagnosed on the 4th March in the country, and just a few days later, on the 11 March, the Hungarian Government declared a state of emergency that was later prolonged.
Atila Pinter ambasador Madjarske

The country’s borders were closed on the 16 March by the decision of the Government, in correlation with similar steps taken by European countries at the time. Furthermore, the opening hours of shops were limited, recreational facilities were closed down and major events were cancelled. In order to stop the spreading of the virus, a curfew was put into place on the 28 March.

Thanks to the rapid reaction and measures taken, the number of infected was kept under control and a sudden rise of patients did not occur. To make sure that everyday life and the economy does not stop completely during the coronavirus epidemic, additional measures were put into place that I will describe in detail.

The main element of the Economic Recovery Plan is the preservation, restoration and creation of jobs

First, I would like to point out that the most vulnerable group facing the epidemic – namely the older generation – needed to be protected first by special measures. It was for their safety that a curfew was issued, which stipulates that only citizens aged 65 or above can use shopping facilities on weekdays between 9-12 o’clock. During these hours, only they are eligible to visit shops, all other citizens can do their purchases in the remaining time. Furthermore, the special oversight of the nursing homes for the elderly has begun, because these facilities pose a very high-risk factor.

Second, it is crucial for Hungary to supply its citizens with vital goods that is why we decided to keep cargo traffic running – especially between Serbia and Hungary – during the pandemic. Fortunately, the good political ties with Belgrade helped to keep the shipments going. Needless to say, the protection of human life is still the most important goal, so all possible safety precautions are respected when it comes to the border crossing.

In parallel with domestic developments, the Ministry of Foreign Affairs and Trade did everything in its power to bring home Hungarian citizens who ended up in a difficult situation abroad. Several thousand Hungarian citizens were repatriated from all corners of the world with the help of the Ministry, so they can feel secure in their homes during the pandemic. The Hungarian Government took into account the interests of neighbouring countries that is why we made it possible for Serbian citizens travelling home from Western Europe to cross the country through the so-called humanitarian corridor.

Aside from the above-mentioned measures, the Hungarian Government started to procure protective equipment. With the leadership of the Ministry of Foreign Affairs and Trade, by now Hungary has tens of millions of masks, protective suits and numerous new respirators for the citizens of the country. The acquisitions proved to be so successful that from the available stock, we could dispatch shipments to countries in the region – namely Serbia, Bosnia-Herzegovina, Croatia, Slovenia, North-Macedonia – as a sign of solidarity.

The Hungarian Government also realized that measures should be taken during the pandemic to ensure that the country’s economy does not stop completely. To support this goal and to curb the negative economic effects of the coronavirus epidemic, the Government accepted an Economic Recovery Plan. When the plan was drafted, it was taken as a priority that public deficit should be kept within boundaries to ensure Hungary’s competitiveness on the long run.

The main element of the Economic Recovery Plan is the preservation, restoration and creation of jobs. To achieve this, administrative burdens and taxes are lowered, payments can be eased or delayed, and differed payments were introduced accompanied by tax reductions. With regards to job protection measures, during the period of shutdown (or up to 3 months) the Government covers 70% of the salary of workers working in reduced hours and gives 40% funding to highly trained employees in the R&D and innovation sector to keep their employment safe.

To restart the economy, it is essential to keep tens of thousands of professionals in their jobs, so most of the funding is given to companies who employ engineers, researchers, IT professionals. In an effort to bolster employment levels, it is also encouraged that working hours should be kept flexible, support is given through subsidized loans, capital and guarantee packages and separate funds to support productivity. For those who lost their jobs, online training will start immediately and the cost of these will be financed 95% by the state.

The Government gives additional funds to the most affected and highly important sectors of the economy such as construction industry, transportation, logistics, tourism, creative companies, healthcare and food industry. These sectors benefit from special funds and tax reductions. The pandemic had a harsh impact on the tourism industry so it will receive a special donation of 600 billion Hungarian forints by the Government. Until the end of the year, tourism tax is suspended and the catering industry will be eligible for funding for renovation.

The measures stipulated in the Economic Recovery Plan will ensure that 9200 billion Hungarian forints will be channelled into the national economy. The Hungarian Government keeps a close track on changes in the global economy and on measures taken by European countries and adjusts its strategy accordingly.

Hungary has sent a significant donation and medical assistance to Serbia in the form of 200,000 masks and 10,000 protective suits, to help the...
Read more

The UK and Serbia have concluded a new trade agreement.  Signed in the 'Brown Salon' of Belgrade's Palace of Serbia by the Serbian Trade...
Read more