To commemorate the 52nd Anniversary of the foundation of the Association of Southeast Asian Nations (ASEAN), a Flag Raising Ceremony was held at the Embassy of the Republic of Indonesia in Belgrade on 8 August 2019.

This year’s ASEAN Day celebration, which was annually co-hosted by Diplomatic Missions of ASEAN member countries in Serbia (Indonesia, Malaysia and Myanmar), had also included Cambodia for the first time as its Embassy was recently opened as the fourth ASEAN Diplomatic Mission in Belgrade. 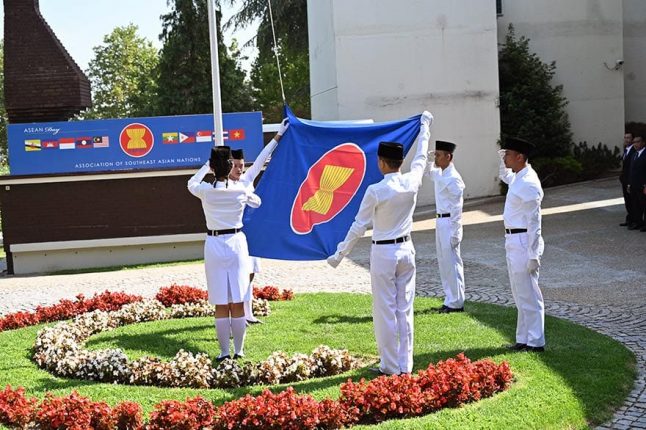 The Flag Raising Ceremony was attended by the Serbian Government officials, members of the diplomatic corps from the Asia Pacific embassies, ASEAN Dialogue Partner countries and international organizations’ offices based in Belgrade.

In his speech on behalf of the Heads of ASEAN Diplomatic Missions in Serbia, Ambassador of the Republic of Indonesia H.E. Mochammad Chandra Widya Yudha highlighted ASEAN’s continuing focus to strengthen its 3 pillars, namely ASEAN Political-Security Community, ASEAN Economic Community and ASEAN Socio-Cultural Community, in facing the dynamics of the current world.

This year, as ASEAN is taking an emphasis on the importance of advancing partnership for sustainability towards a people-centred, people-oriented and forward-looking community, ASEAN continues to attach great importance in strengthening its relations with dialogue partners, sectoral dialogue partners and development partners through various existing frameworks and development cooperation programmes. 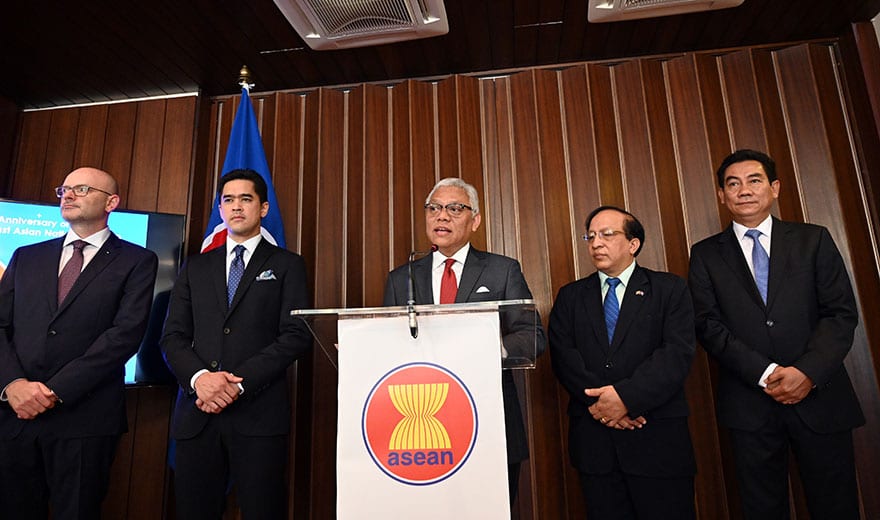 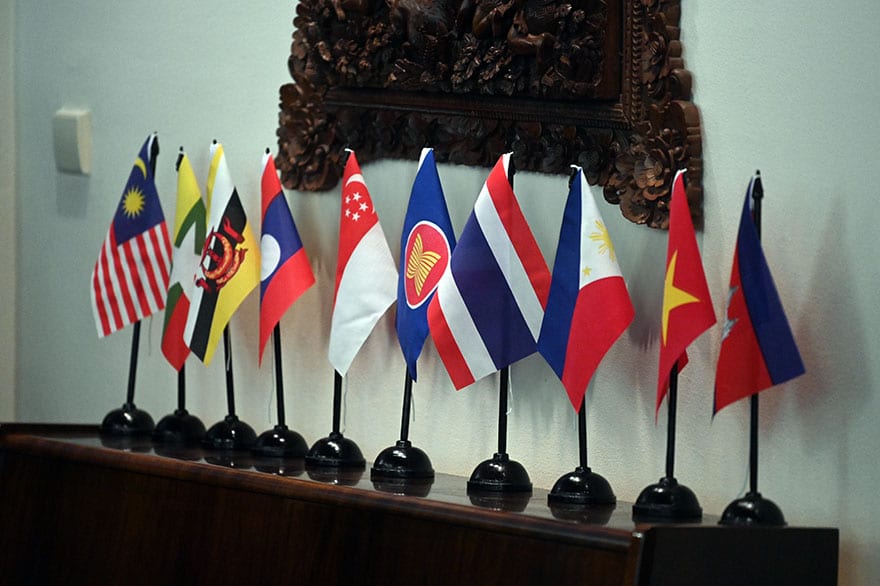 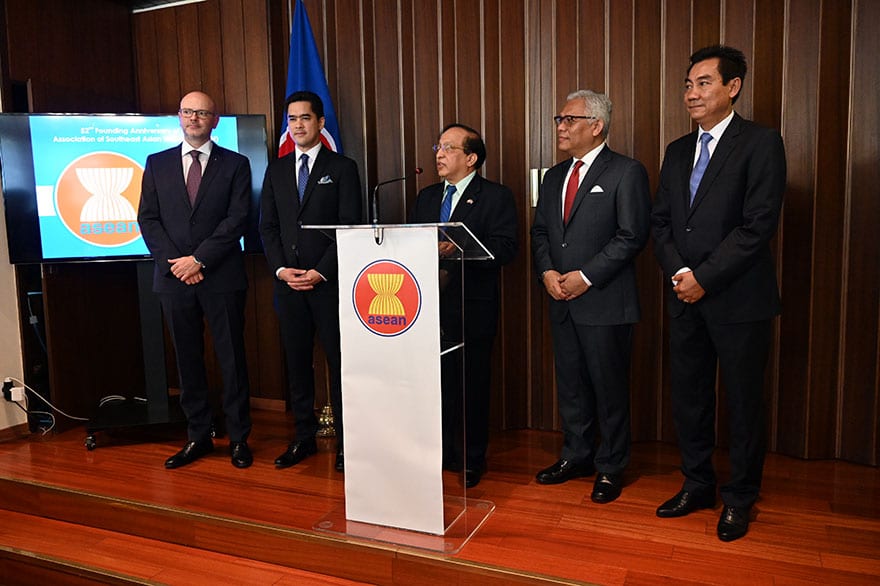 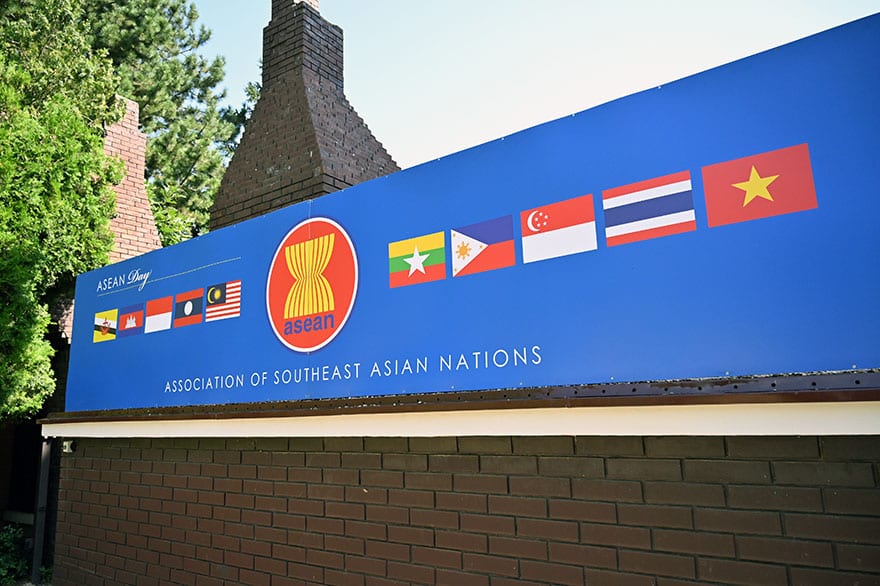 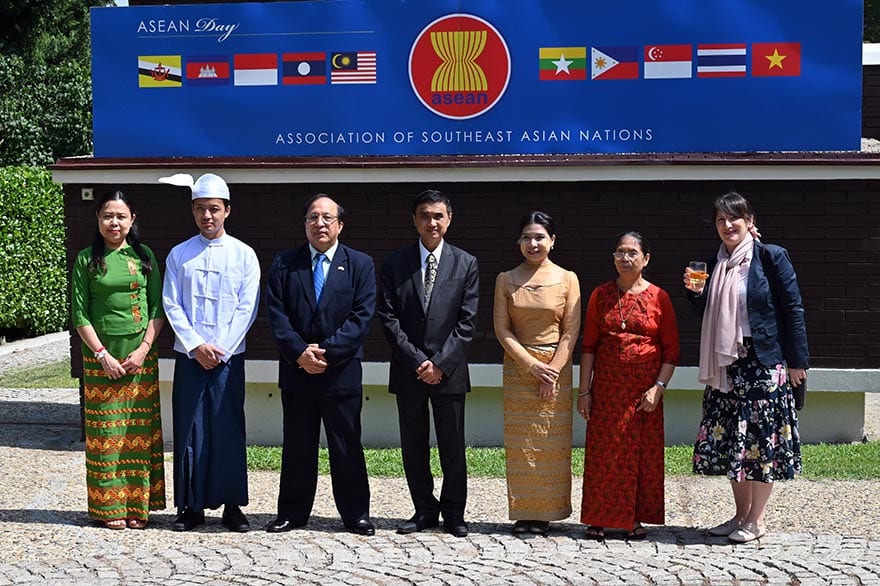 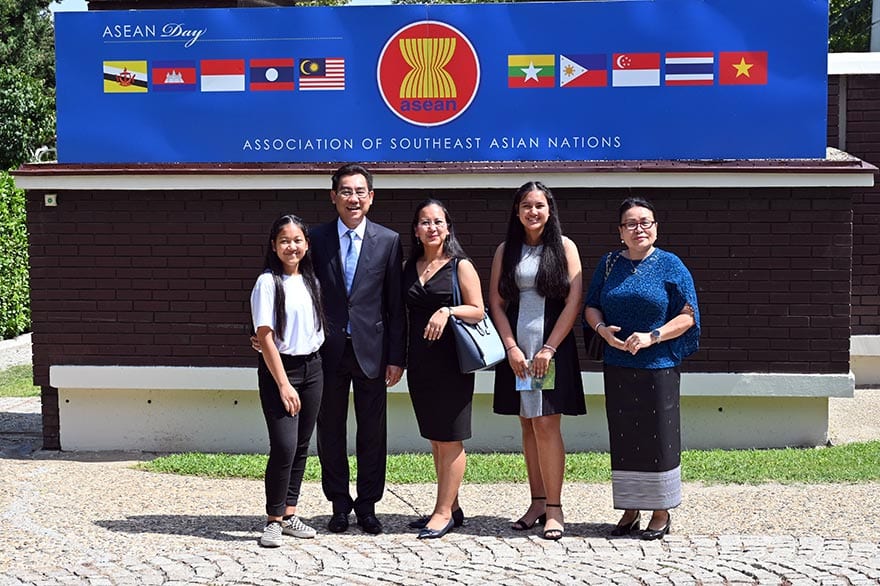 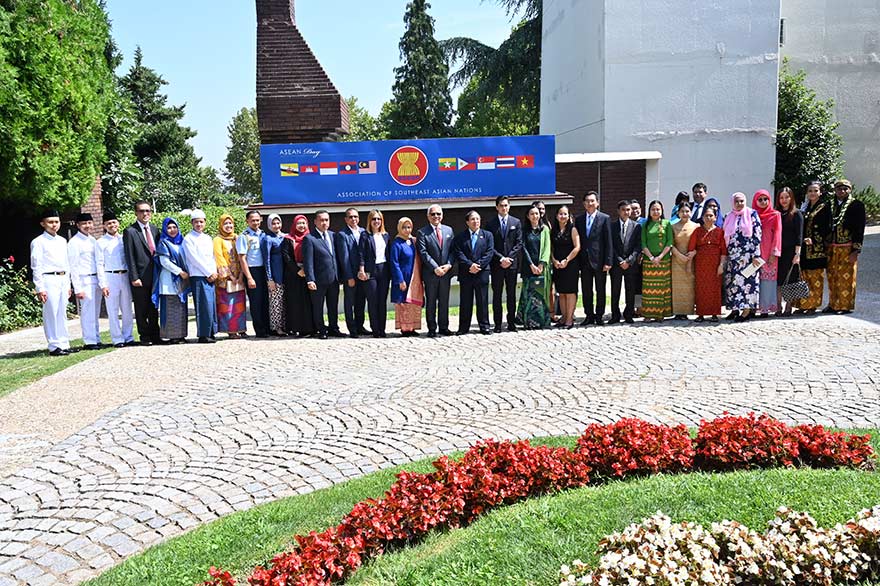 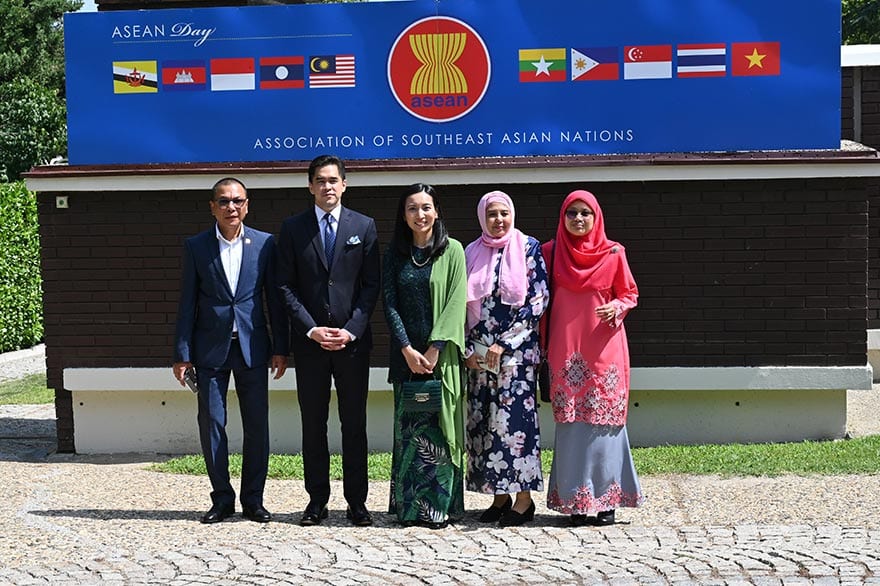 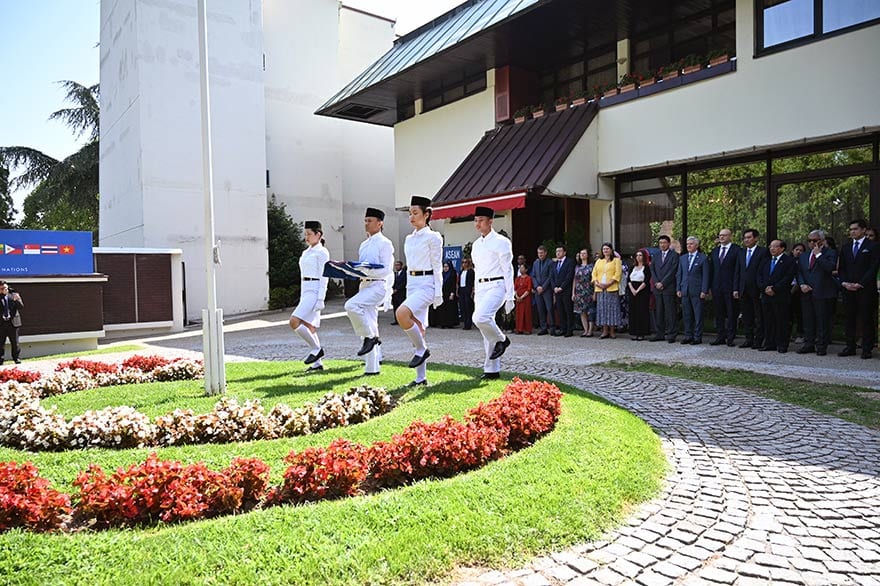 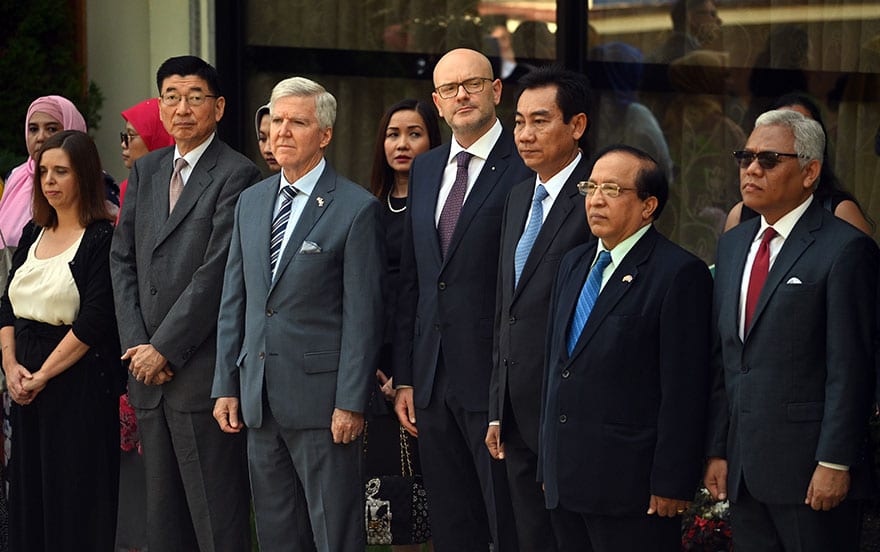 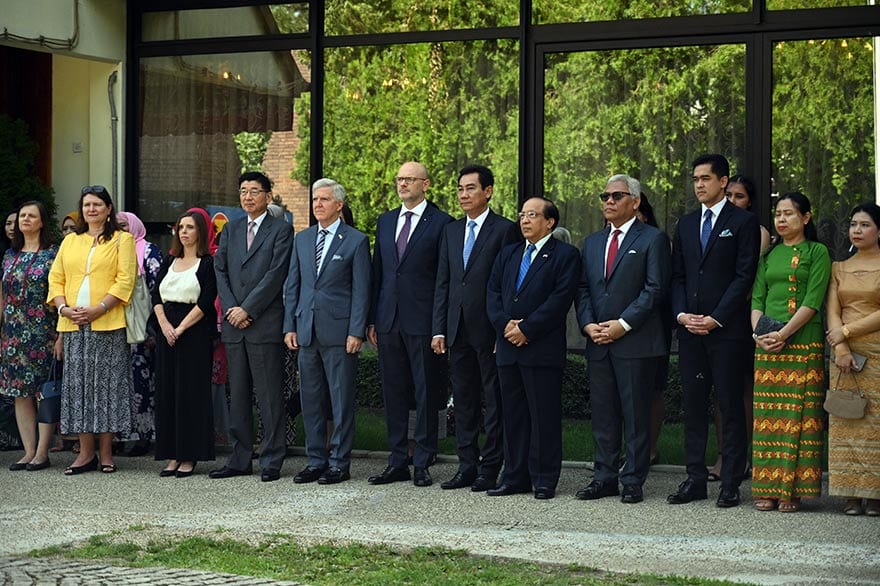 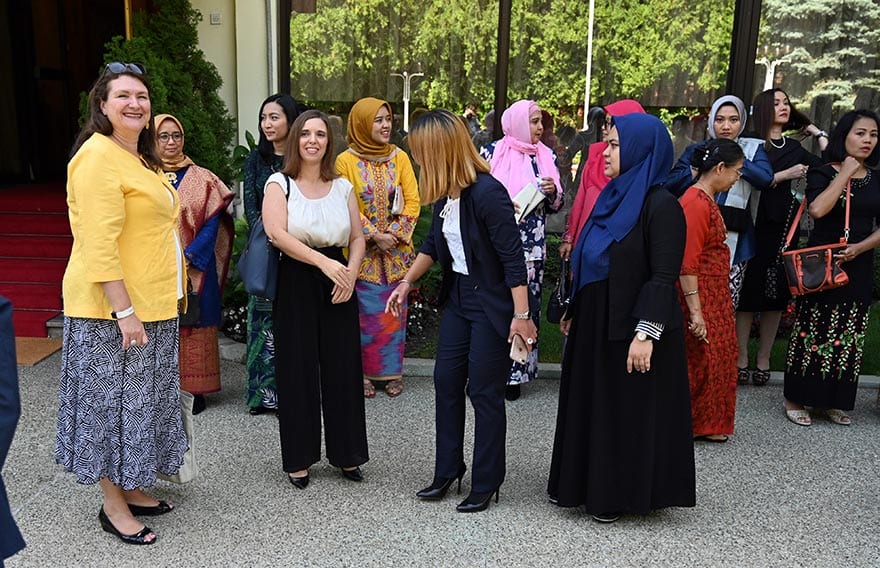 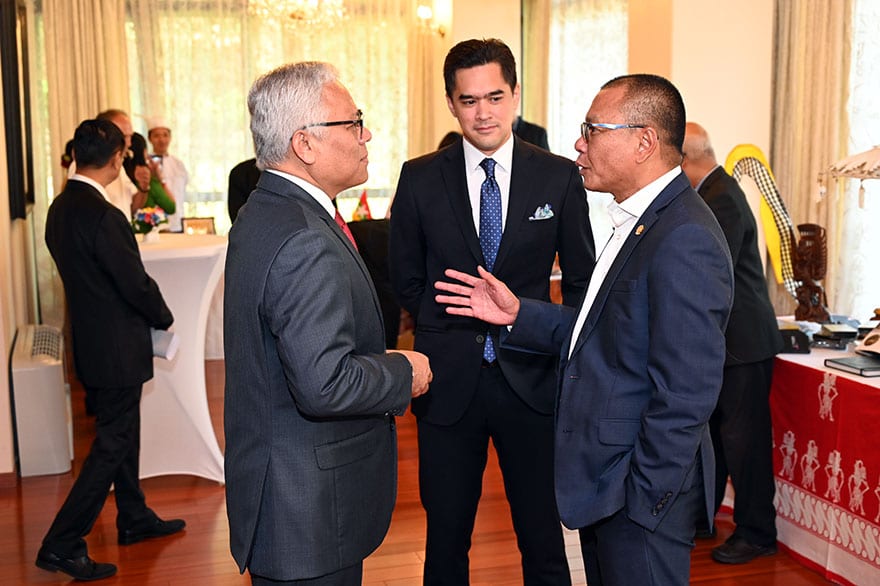 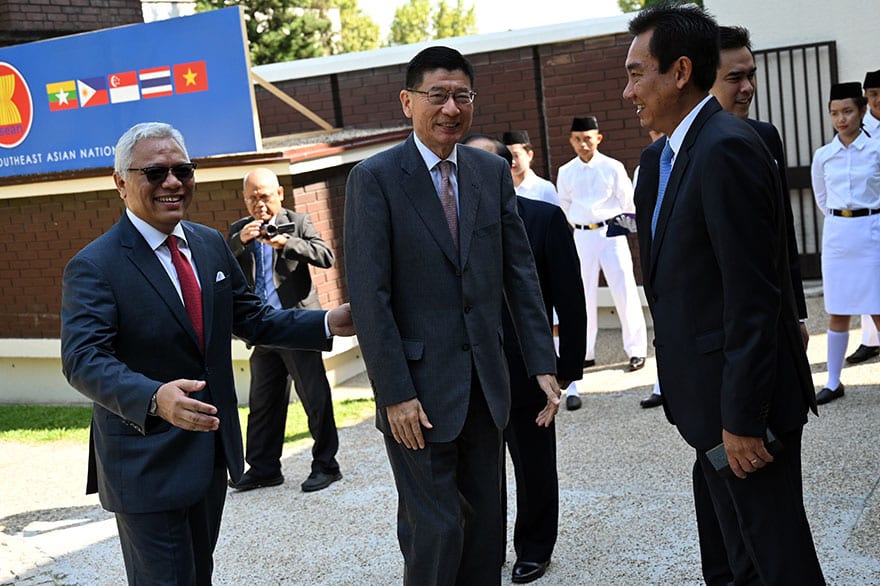 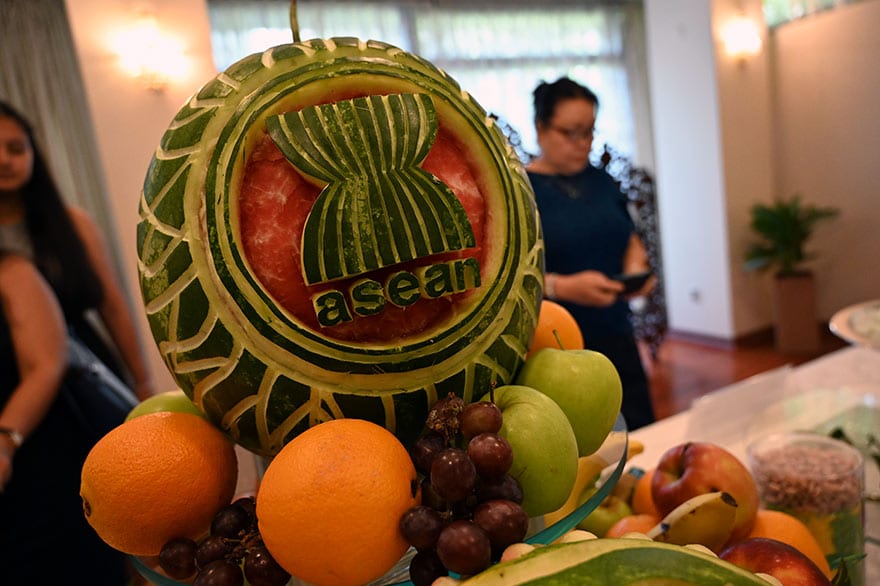 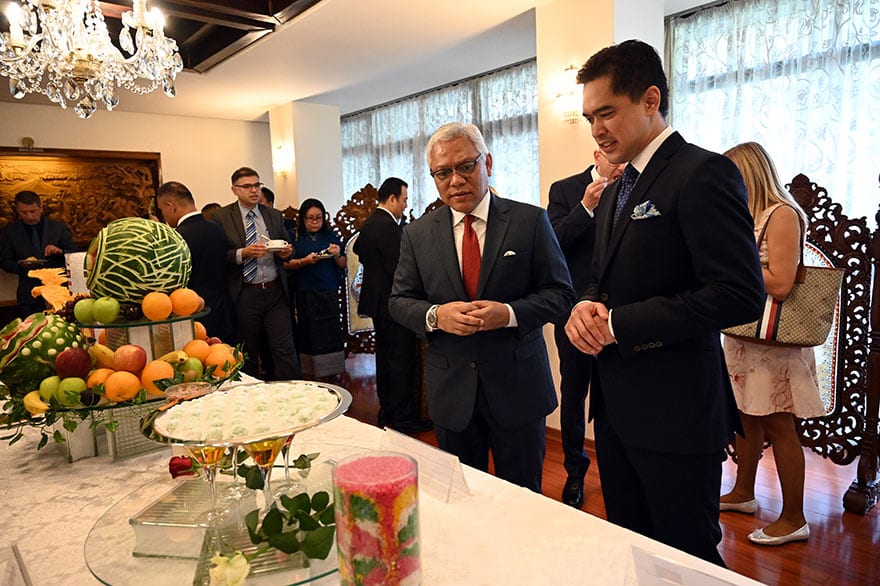 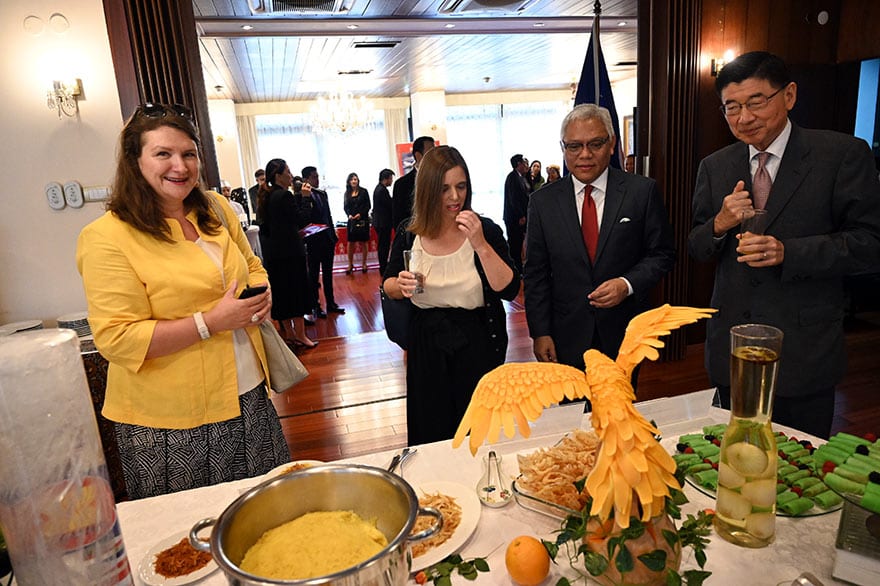 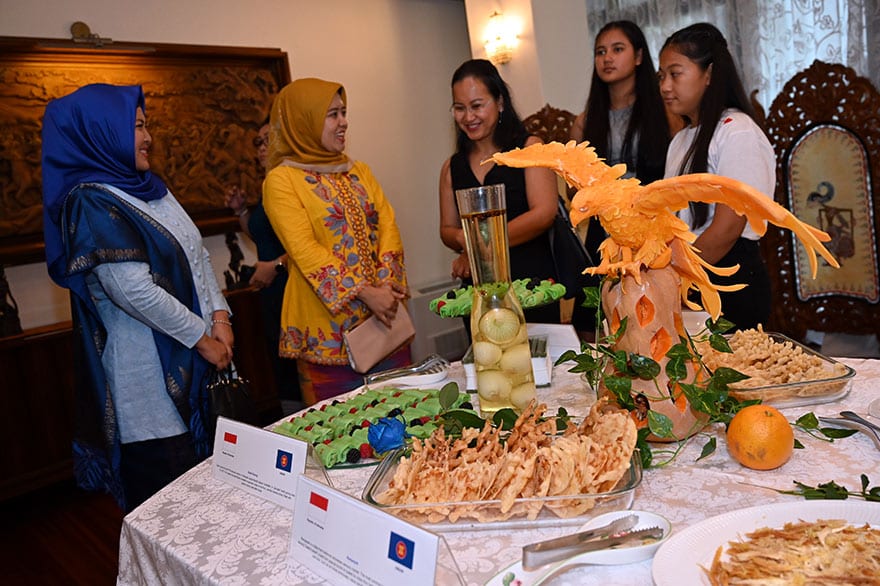 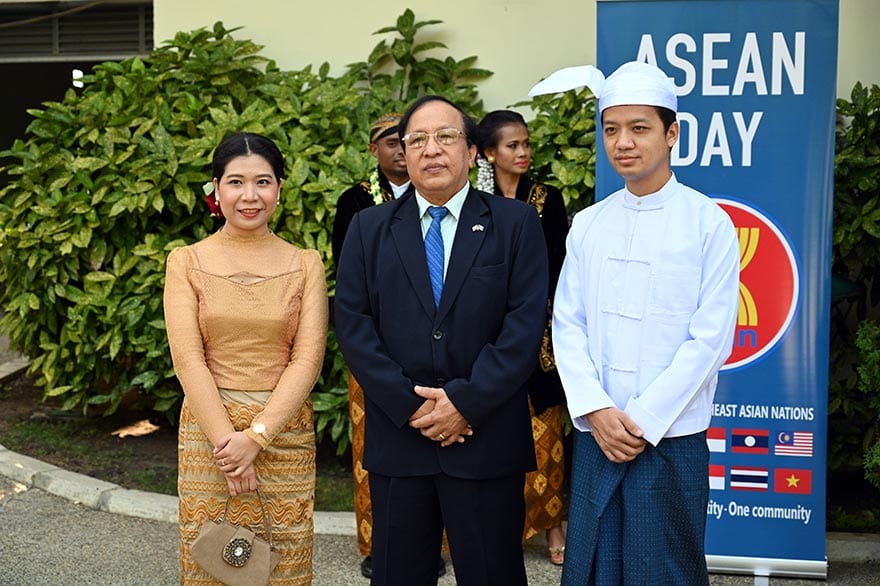 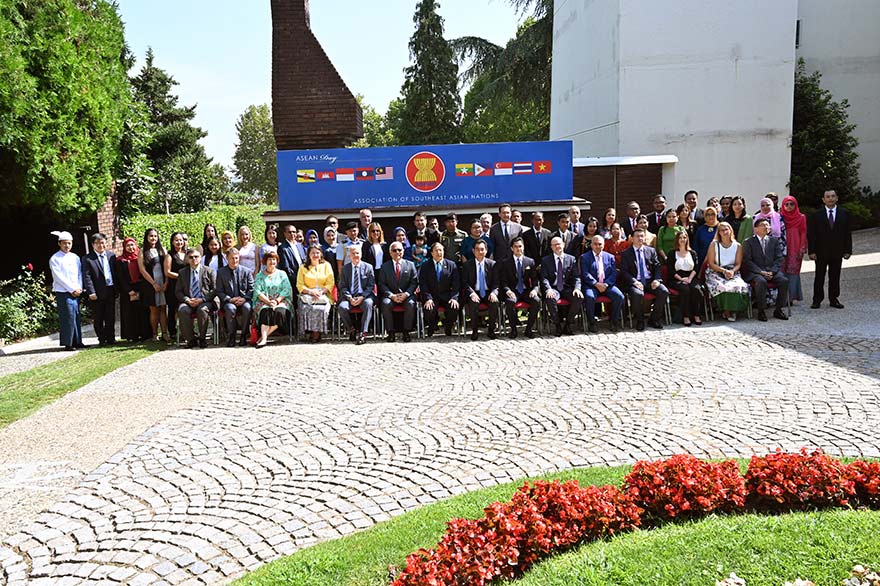 Pointing to the abundance of business and investment opportunities in the Southeast Asia region, Ambassador Chandra welcomed the Serbian Government and business community to seize the opportunities for enhanced collaboration with the ASEAN Member States, both in the economic and socio-cultural fronts.

During the ceremony Ambassador Mochammad Chandra Widya Yudha announced the launching of the new ASEAN Secretariat Building in Jakarta, Indonesia, to support the growing focus of ASEAN.

Bound together by the concept known as the “ASEAN Way” that is based on the spirit of abiding friendship and with consideration on the political, economic and social diversity of its Member States, ASEAN is recognised as a future global economic powerhouse with clear prospects of becoming the 4th largest economy in the world by 2050.

With the joint market and production base of 630 million people, ASEAN’s economy is projected to grow by over 5.5% per year that is supported by favourable demographics. Once completed, the much anticipated Regional Comprehensive Economic Partnership

(RCEP) will serve as a free trade area covering 3.6 billion people and a GDP of $25 trillion, offering a powerful boost to the rules-based global trading system.

As it strives toward becoming a truly politically cohesive, economically integrated, socially responsible and people-oriented community, ASEAN is one of the most successful and promising regional integration processes in the world.

To commemorate the Malaysia Day celebration this year, the Embassy of Malaysia in Belgrade hosted a small and symbolic reception at the Oasis Garden...
Read more

The newly appointed Ambassador of the Republic of Union of Myanmar to Serbia, H.E. Thurain Thant Zin, hosted a reception at Belgrade’s Metropol Palace...
Read more