French Ambassador to Serbia Jean-Louis Falconi said it was the result of a political decision taken in 1963 by then-German Chancellor Konrad Adenauer and French President Charles de Gaulle.

“The French-German partnership is a source of creativity and positive initiatives for the EU,” ambassador Falconi said and added that both countries would remain supportive of joining the Western Balkans and Serbia’s EU.

German Ambassador to Serbia Thomas Schieb said that the Aachen Treaty continues the agenda of the Elysee Treaty with a view to the 21st century and that they have been cooperating from the outset to serve Europe’s well-being.

“Within the German-French cooperation, we are aware of the crises and conflicts of our time, and it is why we strive for even closer cooperation in peacekeeping missions and in the joint activities of the police forces,” the Ambassador said.

He stressed that Germany and France would be Serbia’s partners on the path to EU membership. 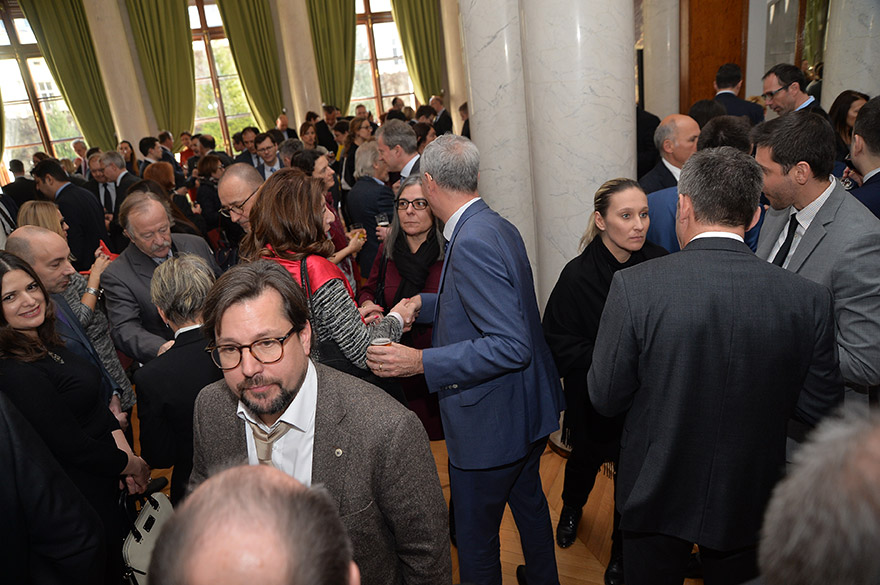 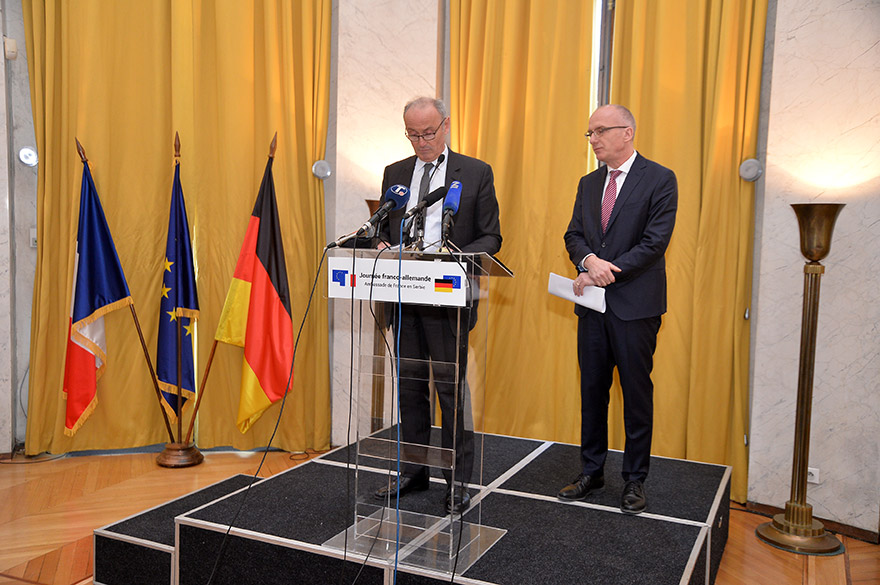 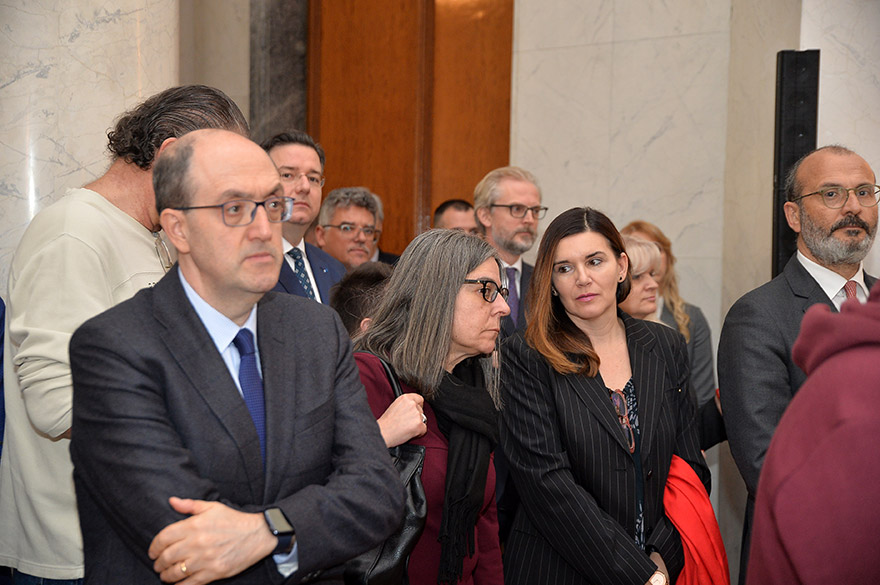 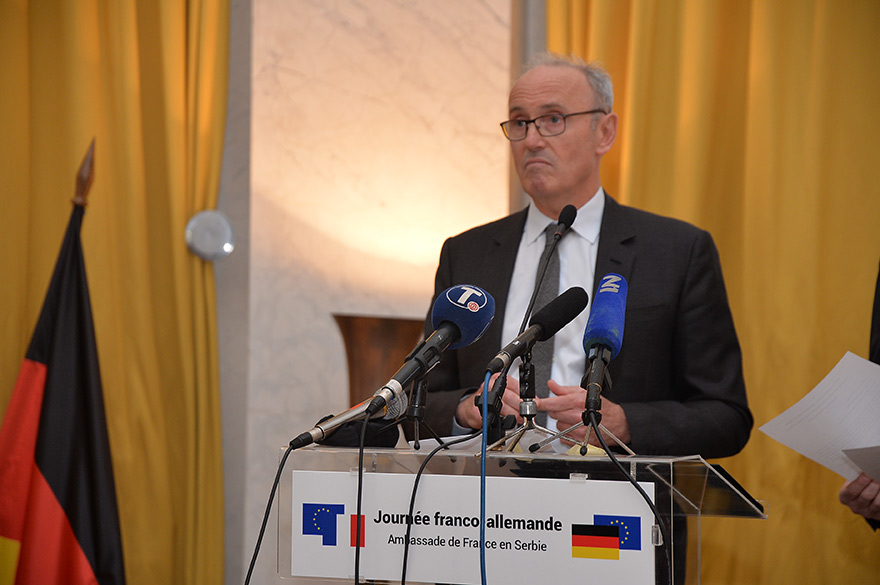 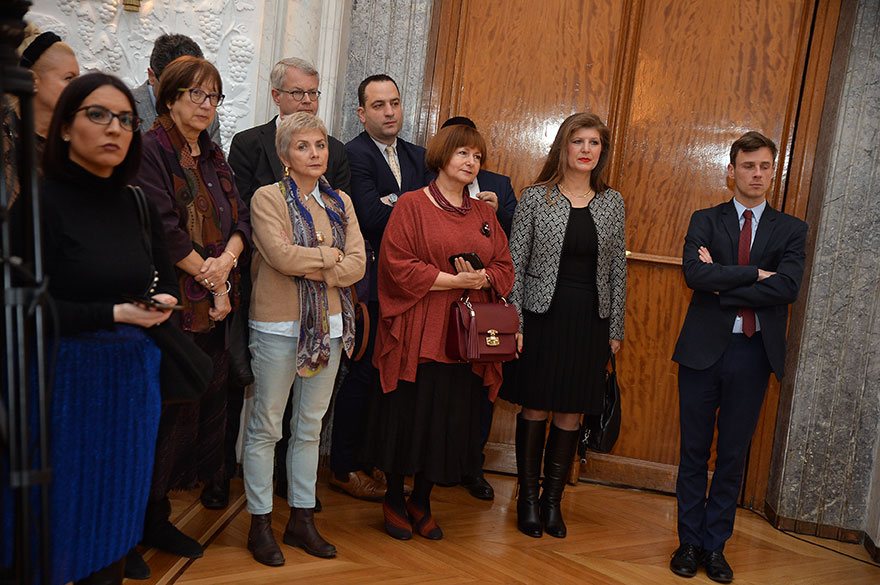 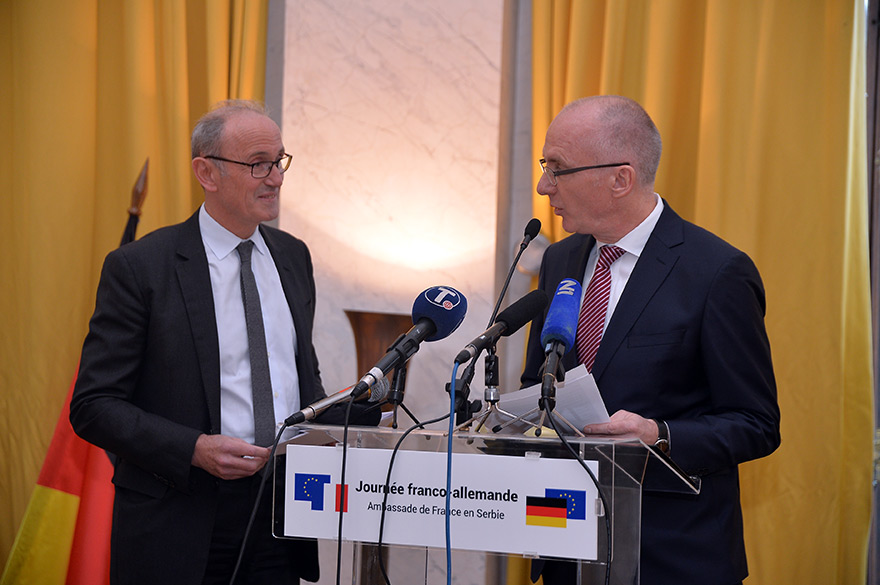 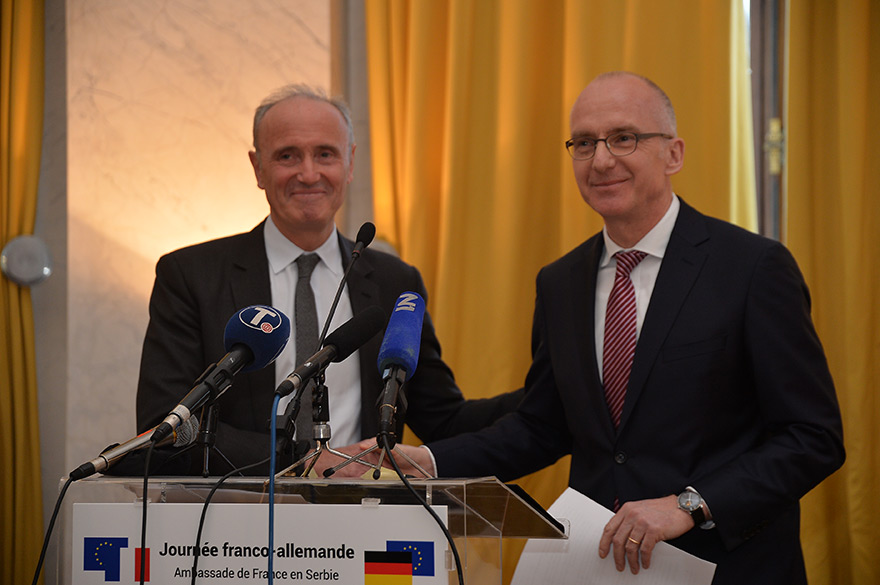 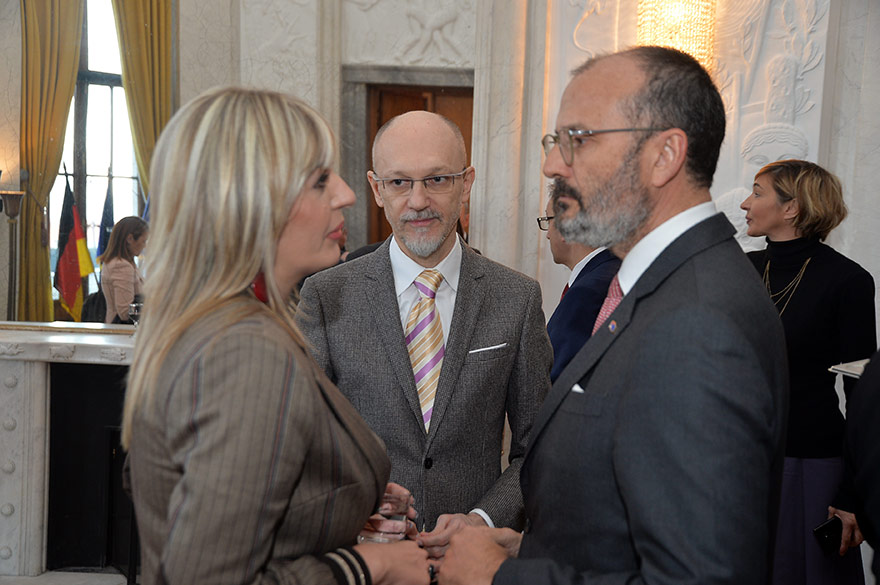 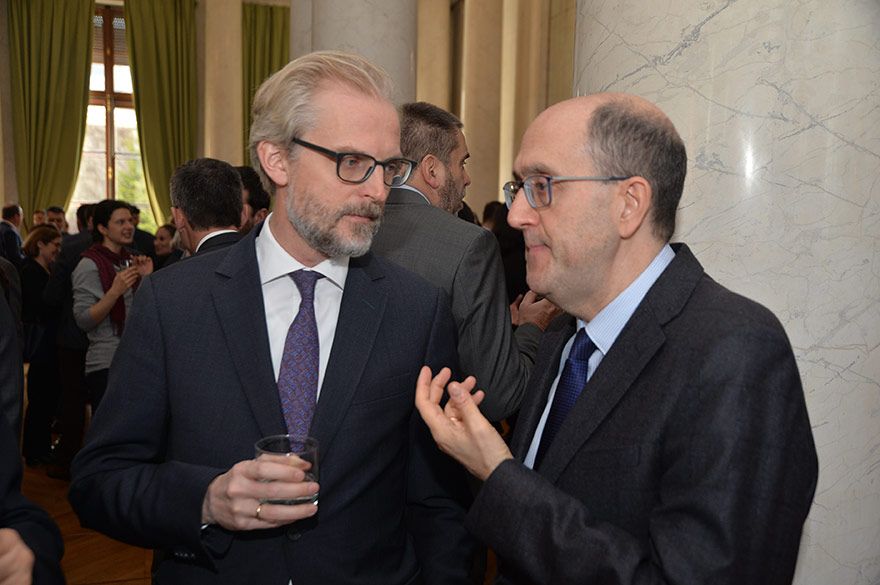 The Aachen Treaty was signed by German Chancellor Angela Merkel and French President Emanuel Macron on 22 January 2019, on the same day in 1963 when Charles de Gaulle and Conrad Adenauer signed a treaty that contributed to the historic reconciliation of the two countries.

The Aachen Treaty aims to deepen co-operation between France and Germany and to prepare the two countries for the challenges they face in the 21st century.