According to the latest estimates of the Geological Survey of Serbia (GZS), which were made in 2000, Serbia has...
Read more
12 November 2019
Facebook
Twitter
Email

In his first public appearance in Serbia, the new U.S. Ambassador to Serbia, H.E. Anthony Godfrey, described AmCham member companies as the best examples of international cooperation, saying that his doors are open as he continues the mission to support the business community.

Over 170 representatives of AmCham Serbia and the wider business community gathered at the AmCham Business Brunch to meet the new U.S. Ambassador to the Republic of Serbia, H.E. Anthony Godfrey. 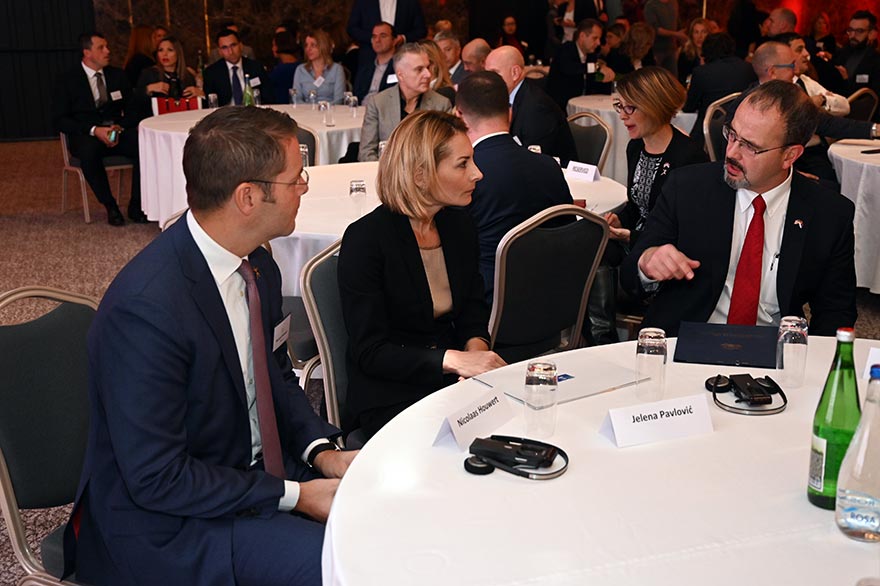 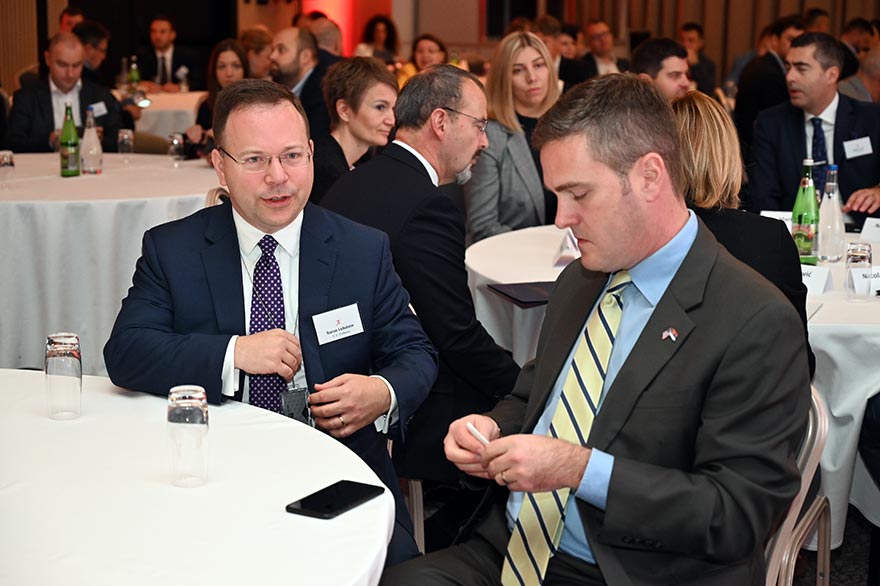 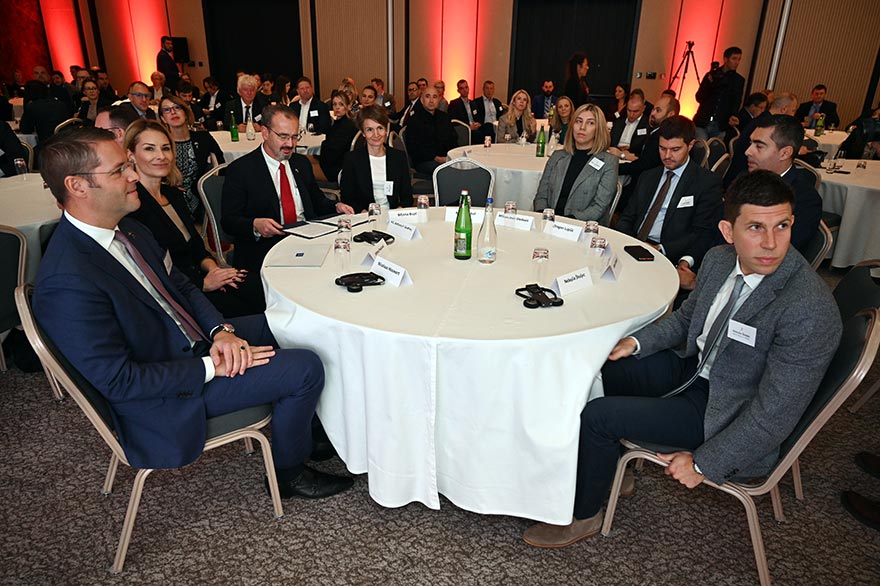 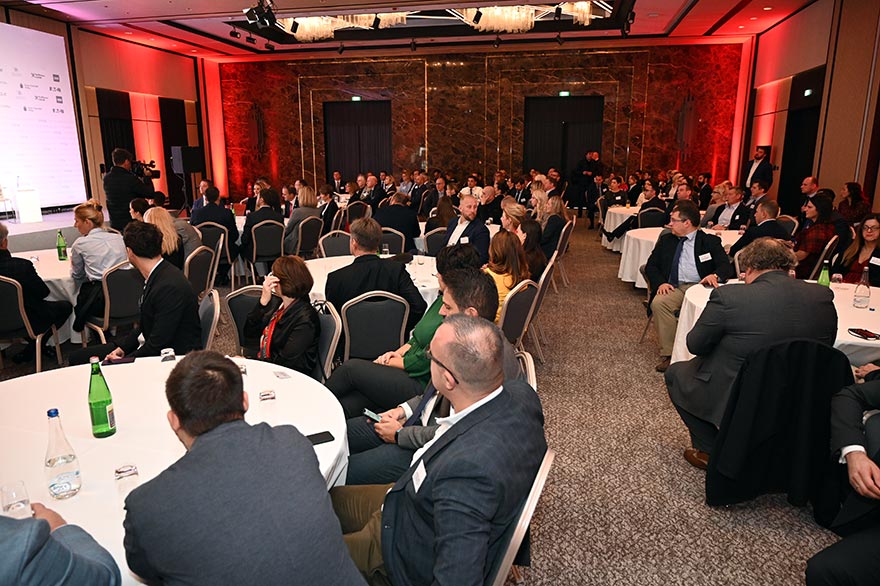 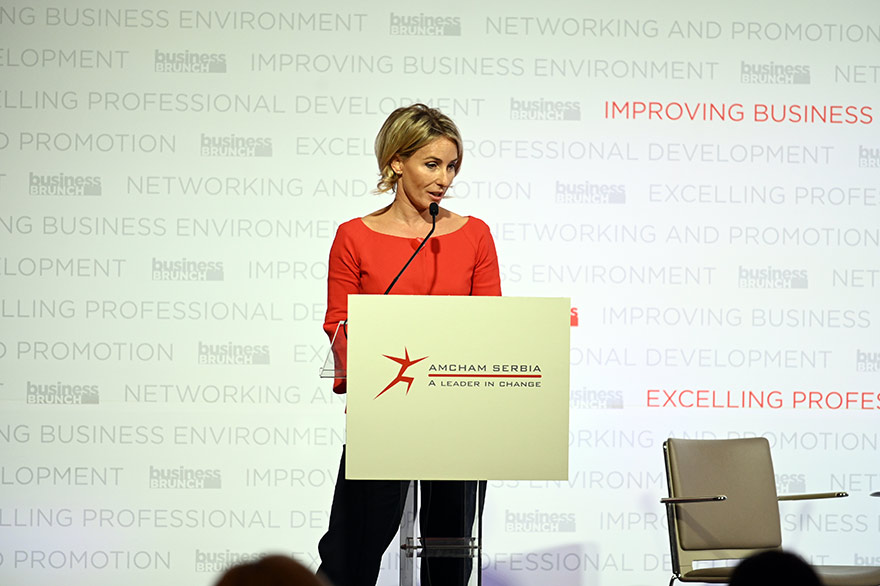 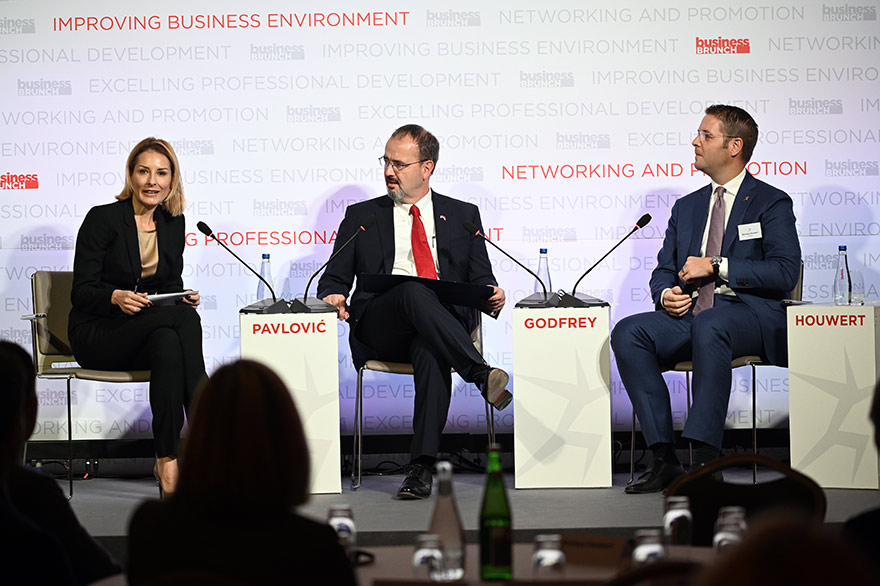 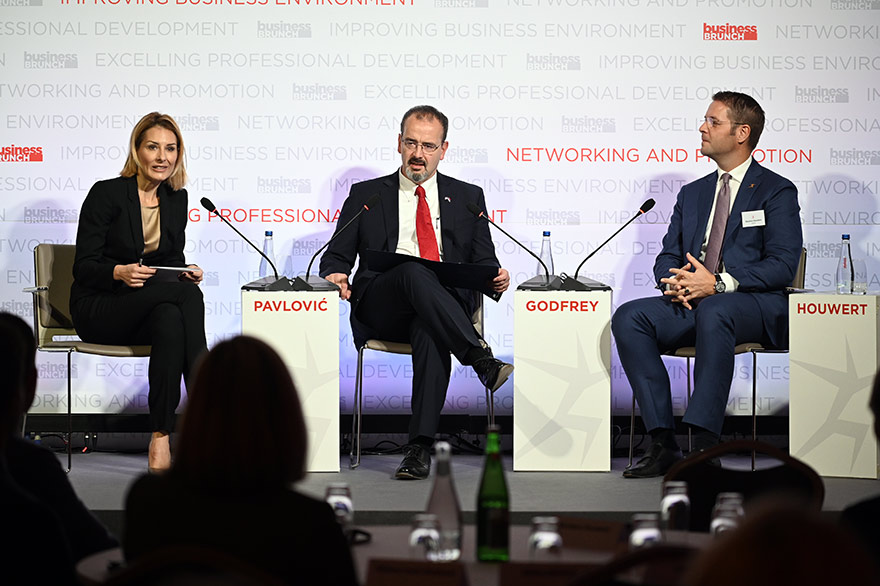 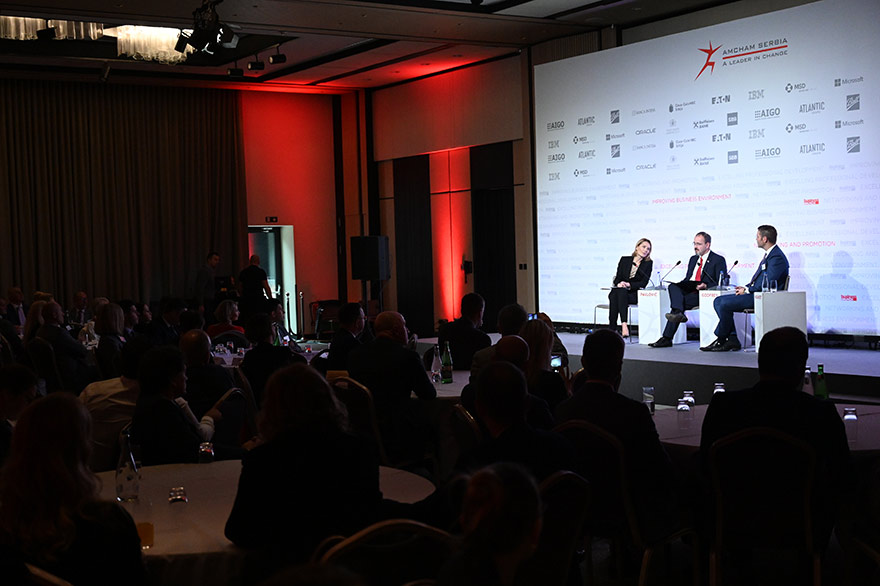 At a panel discussion moderated by AmCham President Jelena Pavlović and AmCham Board member Nicolaas Houwert, Ambassador Godfrey explained the key priorities of U.S. policy he will implement under his mandate in Serbia. Also discussed were the goals of the U.S. regional policy approach to Serbia and the Balkans and current developments.

‘Politicians can learn from businesses, especially from inspirational stories about how cooperation between American and Serbian companies creates jobs and brings prosperity’ said Godfrey, adding that ‘American companies employ over 20,000 workers and have invested over EUR 4 billion in the Serbian economy. I am pleased to address this audience at the very beginning of my mandate, and to point out that the U.S. Embassy in Serbia will continue to support and empower the Serbian economy, leveraging its capacities for further development, entering new markets and achieving greater economic growth.’

The Ambassador also reiterated full support for Serbia as a democratic and prosperous country, governed in peace by democracy and the rule of law – the preconditions for young people to stay in the country.

Furthermore, the panel provided an overview of the prospects for business and the trade relationship between the United States and Serbia. Given that AmCham’s policy priorities in Serbia are centred around improvements in the rule of law, especially the efficiency of the judiciary, transparency, more vibrant public-private dialogue in policymaking, the predictability of the fiscal and parafiscal burden and the reduction of red tape, the Ambassador explained that he sees his economic priorities as focusing on further cooperation with the Serbian authorities over after-care of large American and international companies, as well as leveraging the business environment for entrepreneurship and small and medium companies.

AmCham President Jelena Pavlović pointed out that AmCham Serbia will turn 18 in 2019, saying that `During this period AmCham Serbia has led numerous initiatives and reforms, so I am proud to say that today we represent the voice of the healthiest part of the Serbian economy. I believe that the support of all international partners on our path to improve the business environment is of utmost importance.