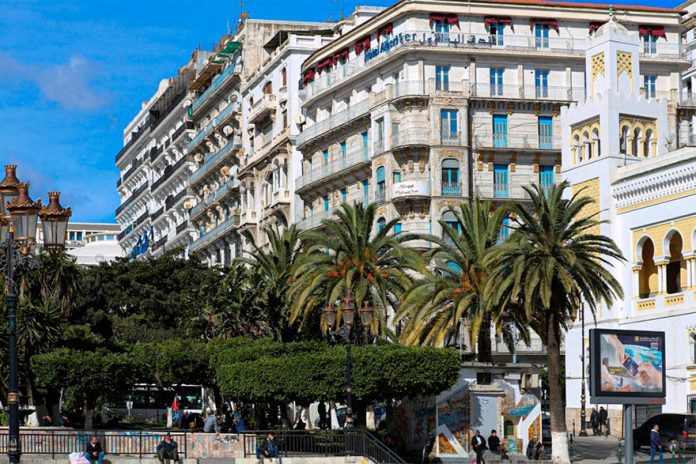 Co-organized by Embassy of Egypt in Belgrade,...
Read more 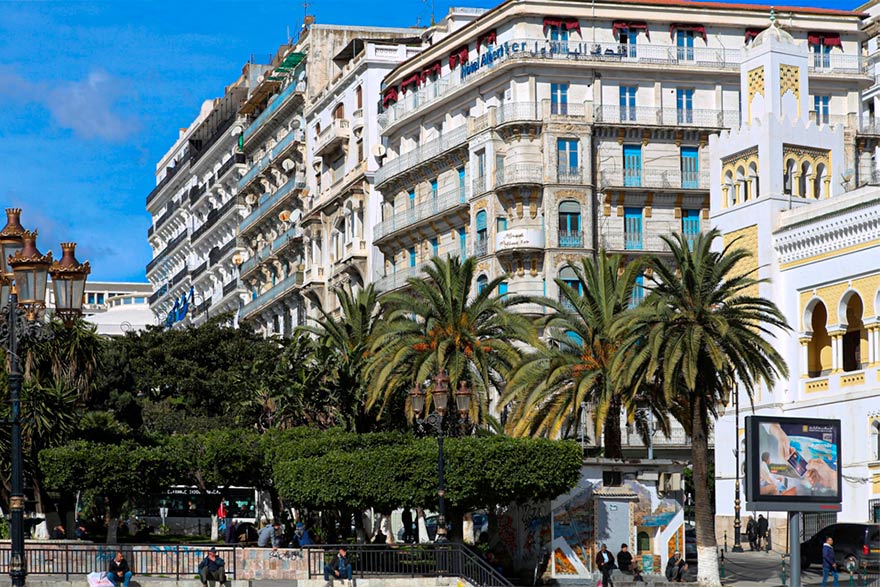 Due to the COVID–19 pandemic and impossibility to organise an exhibition which would be available to general public, organisers decided to arrange a virtual exhibition. This exhibition presents 43 photographs – impressions from a two-week trip to this African country which took place in February 2019, when the Association of Friends of Algeria organized a trip for Serbian tourists. On this occasion, they were able to visit a number of cities, starting from the north (Algeria, Tipaza, Oran, Tlemcen, Constantine, Setif, Djemila) across Sahara all the way to Tamanrasset and Gardaia in the south. Lukač managed to capture playful sunbeams, colourful mountain landscapes and lush vegetation, the rich offer of local markets, European architecture and Roman heritage in the north along with a desert life and a play of light in the Sahara and south. Knowing that here Algeria is a little known destination, the photographer invites the citizens of Serbia to discover all the beauties of Algeria, which, due to its numerous attractions is often said to be a continent.

“The exhibition shows nature, cultural and historical heritage, customs, gastronomy, and everything that a group of adventurous and curious travellers experienced during their trip to Algeria, but also reveals many secrets about this country, given that our people are mostly unfamiliar with Algeria”, Lukač points out.

Lukač was born in Sarajevo, and he started his photography career in 1972, when he got engaged in his faculty’s Photo Club. As part of his engagement, he staged several photo exhibitions and one permanent, annual exhibition, which lasted for 17 years. During his work, he earned a degree in art photography. In 2004, he came back to photography, mostly to show his impressions from numerous trips (to Egypt, Jordan, Israel, Greece, Turkey, Bulgaria, Romania, Russia, Hungary, Italy, France, Iran, Georgia and Algeria). Photographs that will be presented at this exhibition are selected by Vladimir Ilić, a photographer.

Algeria is the largest African and Arab country, with an area of more than two million square kilometres and four-fifths of its territory covered by the Sahara. It gained independence in 1962, freeing itself from long and cruel French colonialism. Yugoslavia supported the struggle of the Algerian people, and one of the symbols of that struggle is Stevan Labudović, the cameraman of “Filmske novosti”, whom Algerians called “a cinematic eye of the Algerian revolution”.

The Association of Friends of Algeria, which was established in 2002, gathers many friends of this North African country, as well as many businessmen and diplomats who worked in this Maghreb country, and members of the Algerian community in Serbia. Through its activities, the Association of Friends of Algeria aims to establish cooperation in many areas and contributes to the strengthening and development of political and economic relations, and cooperation between Serbia and Algeria, as a kind of “bridge” between the two traditionally friendly countries. In recent years, the Association of Friends of Algeria has contributed to the organization of numerous activities aimed at the promotion of the friendship between the two peoples, primarily through cultural activities, exhibitions and publications.

In collaboration with Galerija '73, the Association of Friends of Algeria hosted the grand opening of an exhibition of paintings by Algerian painters of...
Read more

On 20 November the Embassy of Algeria in Belgrade celebrated the Algerian National Day marking the 65th anniversary of 1 November 1954, and the...
Read more

On 20 November the Embassy of Algeria in Belgrade celebrated the Algerian National Day marking the 65th anniversary of 1 November 1954, and the...
Read more

On the occasion of the 57th anniversary of the independence of the People's Democratic Republic of Algeria in Belgrade, Algerian Ambassador H.E. Abdelhamid Chebchub...
Read more

On the occasion of the 57th anniversary of the independence of the People's Democratic Republic of Algeria in Belgrade, Algerian Ambassador H.E. Abdelhamid Chebchub...
Read more
Cord MagazineLeaders Meeting Point