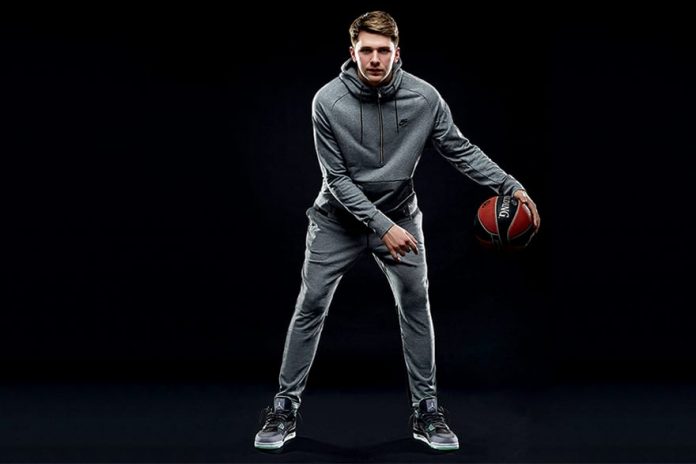 Luka Dončić, who just recently turned 19-years-old, was born and raised in Slovenia. His father played professional basketball and was one of Luka’s first windows into the basketball world. Doncic started his club career with Union Olimpija in Slovenia, moving up through the youth levels before signing a five-year contract with European basketball giants, Real Madrid, at age 13(!).

He made his professional debut for Los Galacticos at the fresh age of 16. Since then, Luka Dončić has played three seasons for Real Madrid, staring in both the ACB (the Spanish league) and in the EuroLeague (the highest competition in Europe).

One of the most impressive things about Slovenia’s biggest up-and-coming basketball star is his unique size. At 2.03 m, Doncic has great size for a guard. With his height, Luka will be a mismatch for any NBA point guard and many of the league’s off-guards

One of the most impressive things about Slovenia’s biggest up-and-coming basketball star is his unique size. At 2.03 m, Dončić has great size for a guard. With his height, Luka will be a mismatch for any NBA point guard and many of the league’s off-guards.

Dončić’s production given his age is unprecedented. Playing half the season as a 17-year-old, he was the only player in the Euroleague last season to average at least 15 points, eight rebounds and eight assists per 40 minutes. Although he struggled in the Euroleague final four, Dončić carried a strong season into Eurobasket play, producing like a 10-year veteran for a Slovenian team that shocked all of Europe on its way to a gold medal win over Serbia.

He’s handled the pressure-cooker that comes along with being a child prodigy with tremendous poise to this point, producing at an extremely high level against NBA-caliber talent. Very few “boy wonder” types live up to the usually-lofty expectations. Many fizzle out, peaking too early or falling victim to the hype. As has been the case since those early days with Union Olimpija, Dončić seems to be an exception

Dončić is compared to the late ex-Yugoslavian legend Dražen Petrović and touted as arguably the best international prospect ever many times. Scouts are flocking to Madrid, exhaust every contact that they have in Spain and Slovenia and study his film dating back to that tiny gym one hour north of Venice. True Luka Dončić mania is just beginning for everyone else, but the journey from Ljubljana to Madrid has prepared him for what lies ahead.