What Can Be Learned From Sweden

Swedish exports are a linchpin of the economy that create growth, employment and increased prosperity. By exporting and importing goods and services, Sweden’s business sector has been able to grow strongly far outside of the country’s borders and to take advantage of the global marketplace

The combined value of Swedish exports and imports is equal to 86.4 per cent of GDP. The average applied tariff rate is 2.0 per cent. Sweden implements a number of EU-directed nontariff trade barriers including technical and product-specific regulations, subsidies, and quotas. Open-market policies that sustain flexibility and competitiveness facilitate large flows of investment.

A public-private partnership is at the core of “the Swedish model” and co-creation is encouraged everywhere. This unique focus is seen as key for solving the challenges Sweden is faces and is also widely regarded as a major factor behind Sweden’s long and robust annual growth.

It has also allowed Sweden to create a world class tech industry, made them a global leader in digitalization and to put sustainability as an integral part in everything that’s done. This makes them an attractive partner for co-creating solutions for the future; a business-critical competitive advantage in an increasingly purpose-driven world.

A key feature of the Swedish economy is its openness and liberal approach to trade and doing business. Sweden has traditionally been an export-orientated nation, and typically maintains a trade surplus, i.e. the value of goods and services it exports is greater than the value of imports.

Timber, hydropower, and iron ore constitute the resource base of an economy heavily oriented toward foreign trade. Sweden’s engineering sector accounts for 50% of output and exports. Telecommunications, the automotive industry and the pharmaceutical industries are also of great importance. Main export partners are Germany, United States and Norway.

In addition to maintaining competitiveness in goods and manufacturing, growth in contemporary service sectors such as information and communications technology (ICT) has been strong in Sweden.

Sweden’s present economic and social prosperity was built on the lessons learned from the financial crisis in the early 1990s. Governments pursued reforms and fiscal sustainability became institutionalized. Stable economic policies combine with competitiveness, innovation and an open approach to trade to make Sweden a model for economic success.

The Swedish Government’s overall goal is to increase the number of people in employment and the number of hours worked to such an extent that we achieve the lowest unemployment rate in Europe by the year 2020. The export industry already directly and indirectly employs over 1.3 million people in Sweden.

With the current trends in economic globalization, promoting exports has become a common strategy to boost economic growth. Exports of environmental technologies represent a new window of opportunity for economic growth and a contribution to global sustainability. With this in mind, Swedish government have designed initiatives that aim to promote exports within this sector. To address their objectives, governments provide initiatives to promote foreign commerce with their environmental technology sector. 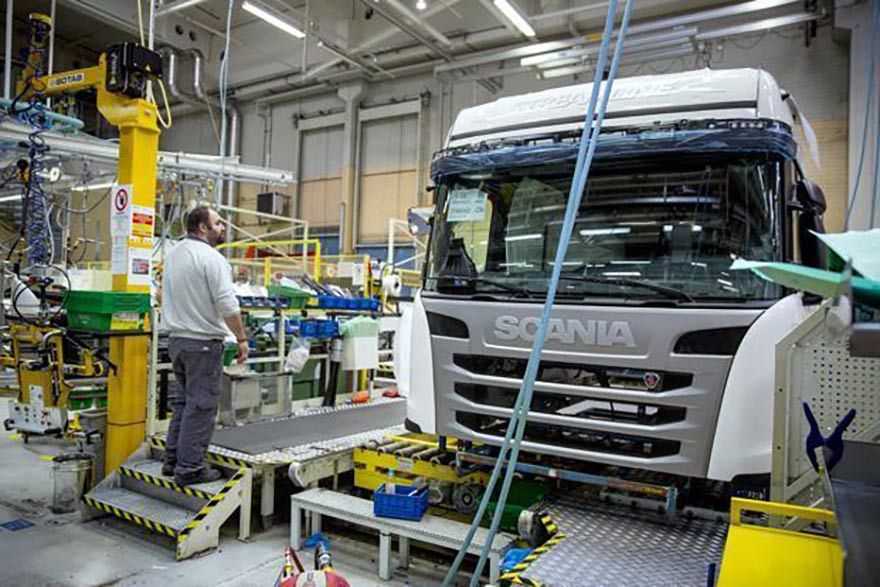 Sweden’s new export strategy has been developed in close collaboration with the business sector. In the strategy, the Government addresses the challenges faced by Swedish exports with a large number of concrete measures.

Trade is driven by the business sector, but the State can provide support and complement the market. However, the State does not have unlimited resources and thus has to priorities so that support is provided where it is most beneficial. The State’s promotion of the business sector’s exports and internationalization will, within the scope of the EU’s rules governing state aid, rectify those market failures that surround international trade by supporting small and mediumsized enterprises with:

• Information about exporting and internationalization

• help with bureaucratic barriers to trade.

From a continental perspective, 71.6% of Swedish exports by value were delivered to European countries while 13.2% were sold to Asian importers. Sweden shipped another 7.6% to North America. Smaller percentages went to buyers in Africa (1.8%), Latin America (1.4%) excluding Mexico but including the Caribbean, and Oceania (1.2%) led by Australia.

Sweden’s top 10 exports accounted for almost three-quarters (72.3%) of the overall value of its global shipments.

Given Sweden’s population of 10 million people, its total $166 billion in 2018 exports translates to roughly $16,500 for every resident in Sweden.

In macroeconomic terms, Sweden’s total exported goods represent 30.6% of its overall Gross Domestic Product for 2018 ($542 billion valued in Purchasing Power Parity US dollars). That 30.6% for exports to overall GDP in PPP for 2018 compares to 36.5% for 2014, seeming to indicate a relatively decreasing reliance on products sold on international markets for Sweden’s total economic performance. t is interesting to note that Sweden also provided $73.1 billion worth of exportsrelated services to global customers for an additional 13.5% of GDP in PPP. These metrics include a significant amount of re-exporting activity.

Sweden’s new export strategy has been developed in close collaboration with the business sector. In the strategy, the Government addresses the challenges faced by Swedish exports with a large number of concrete measures

The number of underemployed persons increased for the first time since 2013. The same is true for the number of latent job seekers.