The Nordic model is widely regarded as a benchmark. A number of comparative studies of economic and social performance have ranked the Nordics high. A common finding of cross-country comparisons is that the Nordics succeed better than other countries in combining economic efficiency and growth with a peaceful labour market, a fair distribution of income and social cohesion.

The model is pointed to as a source of inspiration for other people in their search for a better social and economic system.

On the other hand, many observers around the world are amazed that “the bumble-bee can fly” – that the Nordic economies can prosper and grow in spite of the presumably weak economic incentives associated with high tax wedges, a generous social security system and an egalitarian distribution of income.

Critics have been looking for inner contradictions in the model and they have questioned its sustainability. Some argue that the economic performance of the Nordic countries is simply a result of exceptional and temporary advantages, bound to disappear over time.

This report deals with the Nordic model, the reasons why it has worked in the past, and the challenges it is being subjected to in the future. Present economic and social trends, including globalisation and demographic change, pose significant challenges to the model as we know it. The model will remain viable and successful only if the challenges and the need for reform are understood – and if action is taken.

Globalisation is primarily an opportunity and not a threat. It has been the very basis of the growth in productivity and living standards that the Nordics have achieved. However, the continued trend of globalisation will put the model under pressure.

The emerging economic giants in Asia and Latin America will force us to restructure our economies at a rapid pace; relocation of production and job losses need to be compensated for through innovations and growth in new activities. Simultaneously, globalisation may undermine the financial viability of the welfare state by increasing international factor mobility and tax competition between nations as well as by opening up the possibility of “social tourism” for eligible groups.

The result is a dramatic rise in the dependency ratio and a strong pressure towards increased social spending and higher tax rates.

The combination of ageing populations and high ambitions for welfare services will strain public finances, even more so if globalisation increases the mobility of jobs and labour. The sustainability of present tax-transfer systems and public systems of care for the elderly are being seriously put into question.

In responding to these challenges we regard a number of proposed “solutions” as basically non-workable. For instance, the financial dilemma of the welfare state cannot be resolved through more rapid economic growth, higher taxes, increased fertility or more immigration.

On the other hand, we believe it is essential to preserve one central feature of the Nordic Model. The Nordics have been embracing both globalisation and the welfare state, and we argue that the security offered by collective mechanisms for sharing risks has been instrumental in enhancing a favourable attitude to globalisation and competition. This key characteristic of the model must be preserved – in order to maintain an economic and social climate which is conducive to future welfare and growth.

Collective risk-sharing should continue to offer a safety net which helps workers and their families to cope with risks and to adapt to new requirements in times of change.

In addition, we emphasize that a high rate of labour force participation is an indispensable ingredient of the model. There must be sufficient incentives – in the form of financial rewards and/or workfare elements – to participate in the labour force and to work. Lengthening working careers must go hand in hand with increasing longevity. The “social contract”, including the public pension system, should not be based on the assumption that the tax burden can be passed on to future generations in the form of rising tax rates.

There is also a need to define the core tasks of the welfare state and to clarify the scope of the services that citizens are entitled to and should be able to expect. Higher productivity in the provision of welfare services is imperative and can be enhanced by, inter alia, privatisation and outsourcing of public services, though only in cases where difficult and important issues of governance can be dealt with satisfactorily.

There is indeed a social and economic system that can usefully be referred to as the Nordic model. Obviously, there are important differences between the economies and policies of the Nordic countries. (The Nordic group is in our case limited to Finland, Denmark and Sweden, as Norway and Iceland would deserve special treatment due to their non-membership of the EU and their high reliance on oil and fishing respectively.)

Yet, it is the similarities that are more striking, some of the principal features being the following:

– a comprehensive welfare state with an emphasis on transfers to households and publicly provided social serv
– a lot of public and/or private spending on investment in human capital, including childcare and education as well as research and development (R&D); and
– a set of labour market institutions that include strong labour unions and employer associations, significant elements of wage coordination, relatively generous unemployment benefits and a prominent role for active labour market policies. 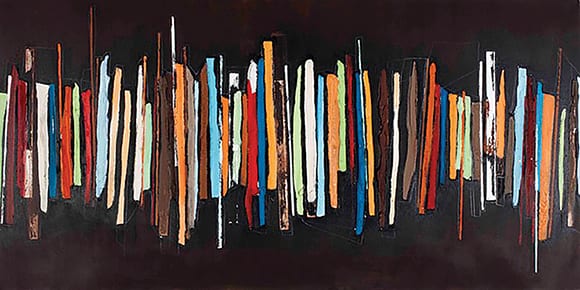 To the extent that these features can be measured, the similarities of the Nordics are supported by statistical data. The Nordic countries tend to create a cluster of their own along many dimensions.

Other European countries (notably the Netherlands and Austria) are often similar in certain respects, but in no important respect do we see an outlier among the Nordics.

While the similarities are important, they are not in themselves the essence of the Nordic model; its crucial characteristics are more difficult to capture, they relate to intangible and systemic features.

We believe that the basis of the model is a combination of collective risk-sharing and openness to globalisation. There is a mutually supportive interaction between these two elements: collective risk-sharing helps make globalisation acceptable to citizens, by facilitating adjustments that allow the economy to benefit from changing markets and to raise productivity and incomes. While having large public sectors, the Nordics are also embracing the market economy and actions to foster competition. Underpinning this virtuous interaction of security and flexibility is the widespread feeling of trust – among citizens and in public institutions – and a sense of fairness related to the egalitarian ambitions of the welfare state (education, social policy).

Although the establishment of the Chamber Investment Forum has shown itself to be a great move that's yielding tangible results in terms of increases level of trade and business cooperation, support from the governments of the region remains insufficient. We see one possible solution to this in the establishment of ministries for regional cooperation within each government, just as Nordic countries have regional cooperation ministers
Read more

The investment forum that brings together Nordic and Western Balkan companies will be an inspiring event and an opportunity for Serbian companies and decision makers, as well as for their regional counterparts, to use the occasion to learn how to become leaders, and how to play for the same team
Read more

It is our hope that the success stories of Danish companies operating in Serbia will persuade more of their counterparts to invest in the country. However, this is a two-way street. We would still expect Serbian central and local governments to maintain their efforts to improve the business environment, digitise services and enforce the rule of law. The list of tasks might seem long, but the end-result is worth fighting for
Read more

The road to a more sustainable everyday life is long and demanding. In Norway, we often talk about regulating material selection so that products are less harmful to the planet
Read more

We work with the Serbian Government to prepare legislation on information security in line with EU standards. This is probably our most important contribution. We want to be a partner in E-governance
Read more

We place great importance on trust and the good relationships that we’ve built between ourselves and in relations with our clients, which enables us to continually advance our professional development.
Read more

We Have Entered a More Intense Phase of Economic Relations

Apart from IKEA, which is interested in expanding its cooperation with the Serbian furniture industry, there are other Swedish companies, such as those from the mining sector, manufacturing and engineering, that are seeking business opportunities in Serbia
Read more

Elixir Food is one of Serbia's largest processors and exporters of frozen fruits and vegetables. Its composition includes three factories located in Serbia's most important fruit growing areas, which are known for the production of the best fruits and vegetables, thanks to their geographical position and favourable climatic conditions
Read more

From Boots to Fashionable Opanak Shoes

Our basic principles of production and implementation growth are quantity, quality and continuity. Our comparative advantages as a manufacturer are reflected in our capacities, development capabilities and the technological conditions in which value is created
Read more

The Nordic Model Is an Inspiration for All Our Activities

The core values and vision of the Nordic Business Alliance remain intact to this day, and our agile roots allow us to go back to basics whenever necessary
Read more

Deputy Mayor of Belgrade, Goran Vesić, and Director of MPC Properties Ingo Nissen have laid the foundation stone for the construction of a new...
Read more

Sweden, Norway, Finland, Denmark and Iceland (collectively the Nordic countries) have a combination of high living standards and low income disparity that has captured the world’s attention. At a time when the growing gap between the rich and poor has become a political hot button in developed nations, the region known as Scandinavia has been cited by many scholars as a role model for economic opportunity and equality
Read more

The Nordic social model holds the highest level of social insurance. Its main characteristic is its universal provision nature, which is based on the principle of "citizenship". Therefore, there exists more generalised access, with lower conditionability, to the social provisions
Read more

Why Nordic Model Is Still Better Than Most?

The Nordic countries have, in the last ten years, been ranked consistently as the “world’s best countries to live in”. Norway, Denmark, Sweden and Finland have become icons of fair societies, with both high economic productivity and an unequalled quality of life
Read more

The Nordic Business Alliance in Serbia has in the last four years organised an entire series of different events, exhibitions, fairs, donations and other activities that provided excellent opportunities for members to share their knowledge and experience, and to network with their counterparts and potential business partners, becoming a platform for the exchange of ideas and experiences within the Nordic business community in Serbia
Read more