Nordic countries are a group of countries in Northern Europe. These countries include Denmark, Finland, Iceland, Sweden, Norway, and the territories of the Aland Islands and the Faroe Islands. Though often confused as such, Scandinavia is not equivalent to the Nordic countries

The part of the world that we now call the Nordic Region first came into contact with the rest of Europe during the Viking era (approx. AD 800–1050), as pagan seafarers from the north ravaged, traded with and settled in many areas of Europe. Christian Europe responded with intensive missionary work. The Nordic chiefs soon saw the advantages of adopting the new faith, which bolstered their power and offered easier access to the Continent. The missionaries wanted the new territories to be ruled by Christian kings who would help to strengthen the church.

The earliest history of the Region is shrouded in mystery – and only hinted at by the sagas – but we know that by the end of the 11th century, the Scandinavian lands had been divided between the three newly established kingdoms of Denmark, Norway and Sweden.

It was their waterways that held the three kingdoms together. Denmark arose at the entrance to the Baltic and incorporated Jutland, Scania and the many islands in that area. Norway means “the north road”, i.e. the waterway from the River Göta and the Oslo Fjord around South Norway and to the north. Sweden’s core areas skirted the Baltic Sea coast and the large lakes at the centre of the country. 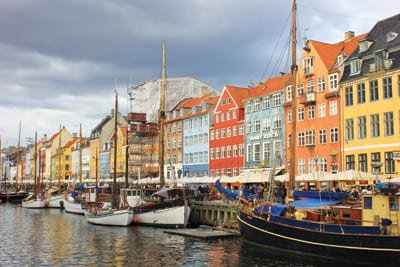 Outside of Scandinavia (i.e. modern-day Denmark, Norway and Sweden), Iceland, the Faroe Islands and south-west Greenland gradually became part of the Norwegian kingdom after they were colonised by the Vikings. Modern-day Finland was gradually incorporated into the Swedish kingdom in the 12th and 13th centuries.

After the Second World War, the politicians of the time strived for stronger international co-operation. This was the time when the United Nations was established, the Council of Europe created and the first steps were taken towards the EU. At the same time, there were many discussions on much closer Nordic co-operation. As a result, the Nordic Council was formed in 1952.

Today, all of the Nordic countries have a higher GDP per person than the EU. In Norway, the GDP per person is double the size than that of the EU. Norway is at the top, Sweden, Iceland and Denmark are number two, three and four with more or less the same figures.

Today, all of the Nordic countries have a higher GDP per person than the EU. In Norway the GDP per person is double that of the EU. Norway is at the top, while Sweden, Iceland and Denmark are ranked two, three and four, with more or less the same figures

The Nordic countries have a long-standing tradition of working together on matters related to nature and the environment. Many positive results have already been achieved, but they are not enough in a globalised world. Nordic co-operation on environmental matters covers everything from health to the marine environment, outdoor life and sustainability. 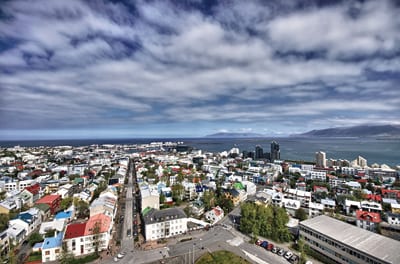 Nordic Safe Cities aims to promote security throughout the Nordic Region by preventing radicalisation and violent extremism. The programme is a part of a larger Nordic Council of Ministers’ program for Democracy, Inclusion and Security, and it includes networking, knowledge-sharing and communication for politicians, senior executives and professional practitioners from Nordic cities.

Gender equality is also a key area of co-operation for the Nordic countries. It has contributed to the Nordic Region is one of the most gender-equal regions in the world.

Although in the rest of the world the words “Scandinavian” and “Nordic” are happily used in a similar manner and are interchangeable, in northern Europe, they are not. Indeed, Europeans love to magnify even the smallest difference between neighbouring countries and you will probably be corrected if you don’t use the words in their appropriate context. The true problem is discovered when even Europeans (or Scandinavians) themselves cannot agree on the meaning of “Scandinavian” and “Nordic”…

Geographically speaking, the Scandinavian peninsula is the area shared by Norway, Sweden and part of northern Finland. In this view, the Scandinavian countries would, therefore, focus only on Norway and Sweden.

Finland was a part of the kingdom of Sweden, and Iceland belonged to Norway and Denmark. Besides a common history, politically and economically these five countries have followed a similar model known as the Nordic welfare state since the 20th century

Linguistically, Swedish, Norwegian and Danish has a common word called “Skandinavien”. That word refers to the ancient territories of the Norsemen: Norway, Sweden and Denmark. This definition is considered to be the most commonly accepted definition of “Scandinavia” at the present time, but this interpretation can easily change across different regions. 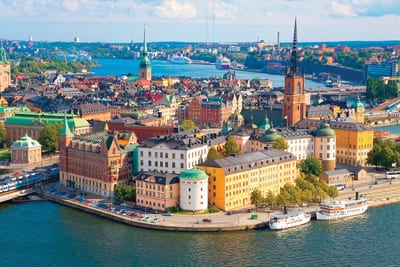 So we focus on the territory of the Norsemen. However, Iceland was also one of the Norsemen’s regions. In addition, Icelandic belongs to the same linguistic family as Swedish, Norwegian and Danish. And so do the Faroe Islands. Therefore, you will find that many non-Scandinavian natives connect Scandinavia to Sweden, Norway, Denmark, Finland and Iceland.

And, finally, Swedish is used partially in Finland just as Finnish is spoken in Norway and Sweden. Again, this gives a new, wider, definition which includes Norway, Sweden, Denmark, Iceland and Finland.

Culturally and historically, the north of Europe has been the political playground of the kingdoms of Norway, Sweden and Denmark.

Finland was a part of the kingdom of Sweden, and Iceland belonged to Norway and Denmark. Besides a common history, politically and economically these five countries have followed a similar model known as the Nordic welfare state since the 20th century.