Denmark benefits due to its strong economy and close ties with both the EU and the United Kingdom. It advocates for a reformed Union focused on growth, job creation and security, which also contributes strongly to Balkan stability.

What are the major goals of the Nordic leaders when it comes to restoring the EU spirit of togetherness?

– In many ways, we live in challenging times and that also goes for the EU. Important work lies ahead for the European leaders. The Danish Prime Minister has stated that the European Union is Denmark’s best option for influencing the world, and also emphasised how dependent Denmark and our economy is on European cooperation.

Our Minister for Foreign Affairs, after the referendum in the United Kingdom, stated that “the referendum shows that the EU is in need of reform and increased focus on delivering tangible results to citizens. I believe that the EU should focus on growth and job creation, cooperation in controlling migration and security in the form of close police cooperation and combating terrorism.”

I would add that these areas are also important in our relations with Serbia. Countries like Serbia, which are applying for membership in the European Union, also remind us of the origins of the European Union, focusing on peace and stability and the important contribution the EU still gives to that.

Being strongly tied to both the UK and the EU, how has the Danish economy fared following Brexit?

– Denmark has strong ties with the UK and will continue to have. Regarding Brexit, it is too early to say what the consequences will be. Denmark has the benefit of having a strong economy. Through continuous reforms over the years, we have secured an effective public sector and a competitive innovative private sector. That provides Denmark with a good basis for future challenges. 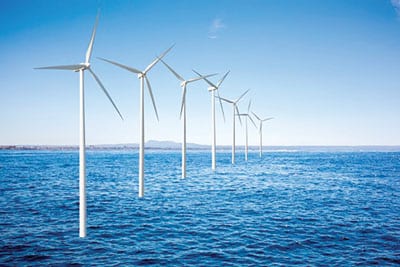 Strengthened rule of law, including reform of the judicial sector and the fight against corruption, could lead to increased commercial ties between our two countries

What do you see as the precondition for tighter bilateral and economic cooperation between our two countries?

– We already see positive development. In 2015 we saw substantially increased exports from Denmark, and we see new investments. In our contacts with Danish companies interested in the Serbian market, the rule of law is an issue which has their attention. Strengthened rule of law, including reform of the judicial sector and the fight against corruption, could lead to increased commercial ties.

Serbian exports to Denmark are also increasing. As the Serbian private sector becomes more competitive, in parallel with the reform process, there is room for further exports – not only to Denmark but also to other EU member states which are already Serbia’s most important trade partners. Denmark is pleased to have supported economic development in Serbia through various programmes.

I would like to highlight our ‘Fruits and Berries’ project in Southern Serbia, which has contributed to an impressive increase in Serbian production and exports of raspberries and other fruits.

What do you see as the most important tasks for the new Serbian government?

– With the importance the Government gives to the EU accession process, we, of course, hope to see progress in the related reform process. The government has given a high priority to strengthening the economy and we already see some positive results. Hopefully, that will provide a good basis for further improvements and reforms.

Looking at the EU accession process, which in general supports reforms that are to the benefit to the population, rule of law should be mentioned as the most important area. However, also in areas such as the environment, important reforms will have to be implemented in the coming years.

Nordic Countries – A Good Example For The WB Countries

The Nordic model a good example for the Western Balkans

The main objective of the Nordic Business Alliance is to become a one-stop-shop for potential Nordic investors as well as Serbian exporters to Nordic region. According to recent trends in mutual trade and extended investments of Nordic companies in Serbia, we are on a slow but steady path to growth
Read more

"I am also a firm believer in learning from the best, and I do not see a better model to learn from than the Nordic, or Scandinavian, as we popularly refer to it in Serbia."
Read more

Nordic countries are a group of countries in Northern Europe. These countries include Denmark, Finland, Iceland, Sweden, Norway, and the territories of the Aland Islands and the Faroe Islands. Though often confused as such, Scandinavia is not equivalent to the Nordic countries
Read more

Morten Skovgaard Hansen, Head of Mission for the Embassy of Denmark in Belgrade

Denmark: Happiest People in The World

Carlsberg bases its business worldwide on standards related to concrete operations, primarily in the field of responsible communication, business ethics, investment and the community, respect for human and labour rights and, of course, efficiency of operations
Read more

Cooperation between these Serbian and Finnish business groups has improved their internet business, but also enabled mutual familiarisation with their culture
Read more

Finland is Committed to Supporting Serbia

Economic relations between Finland and the Western Balkan countries are currently at a relatively low level. However, there are many opportunities for improvement, as...
Read more

Finland The Land of a Thousand Lakes

Finland is called 'the land of a thousand lakes', as inland lakes and rivers make up 10 per cent of the country. Large areas of forest cover almost two thirds of the land mass. Only six per cent of Finland is arable
Read more

That which Nordic companies insist on in particular is zero tolerance for corruption, the efficiency of operations and increasing social responsibility
Read more

Serbia and Norway have been nurturing friendly relations since before the First Balkan War in 1912, which continued during the Second World War, when...
Read more

Denmark, Norway, Sweden, Finland & Iceland are pretty much model students when it comes to ethical living and is also pro at tackling social...
Read more

Our story starts more than a decade ago when two men who had never met shared a powerful dream. Separated by culture, language and...
Read more

There are many Swedish investors looking at Serbia, and I hope to convince some to make the actual investment decision
Read more

Health Sector According to The Nordic Recipe

Apart from the financial aspect, AstraZeneca can contribute greatly to developing or implementing procedures and processes in the healthcare sector with best practices shared from the Nordic region, which is where healthcare is at its highest
Read more

From 8,000 BC to 6,000 BC, Sweden as a whole became populated by people who lived by hunting, gathering and fishing, and who used simple stone tools. The Viking Age (800–1050 AD) was characterised by a significant expansion of activity, in Sweden’s case largely towards the east
Read more

The Smallest of Three Autonomous Territories

Fish and wild scenery are characteristic of the Faroe Islands, an island group in the North Atlantic
Read more