With its volcanic mountains, black sand beaches, and number of natural hot springs, Iceland’s unique and dramatic landscape was ranked the 8th most beautiful place in the world in the Rough Guides list.

Iceland’s blue bubbling geysers, rugged lava fields, and spectacular glaciers create a visual spectacle that seems out of this world. Natural splendor aside, the Land of Fire and Ice is also home to one of the world’s quirkiest nations, with warm, creative, and forward-thinking residents with a strong sense of national pride.

Tourism is an increasingly important industry in the Nordic countries and integral part to economic, social and sustainable development in Iceland.

But overwhelmed by a record number of visitors in spite of its far-flung location, Iceland’s government is considering ways of raising taxes in the tourism sector. The alternative would be to limit sightseers’ access to the country’s most popular spots.

A currency plunge and its location for scenes featuring in the popular TV series Game of Thrones helped create a tourism boom, with visitors’ numbers growing exponentially — from 490,000 in 2010 to an estimated 2.3 million this year. That’s a lot, considering Iceland’s population totals less than 340,000. Tourism is now the country’s main export, bringing in a forecast 45 per cent of foreign exchange — or 560 billion kronur (€4,3billion) — in 2017, according to Islandsbanki, the country’s second-largest lender.

Still, many Icelanders worry that overcrowding may ruin the experience for visitors and spoil natural treasures. Among the country‘s most popular destinations are Thingvellir, a UNESCO World Heritage Site, and Jokulsarlon, an otherworldly glacier lagoon on that island’s southeastern coast that is currently at the center of a legal dispute.

A currency plunge and its location for scenes featuring in the popular TV series Game of Thrones helped create a tourism boom, with visitors’ numbers growing exponentially – from 490,000 in 2010 to an estimated 2.3 million this year

The coalition government is considering a number of options. They include forcing bus companies and tour operators into buying a special license or hiking the existing levy on hotel rooms. Ministry officials say the hotel tax generated 400 million kronur in revenue in 2016 and could bring in as much as 1.2 billion kronur this year. Iceland’s previous government attempted and failed to pass a bill that would have required all visitors — Icelanders and foreigners — to purchase a “nature pass” priced at €12.

Any tax hike would add to the already considerable bills tourists have to foot when visiting the country. A taxi ride from the airport to the city centre costs around €127; while hotel rooms are as much as a third more expensive than comparable accommodation in other Nordic capitals and the price of alcoholic beverages is more than double the EU average, according to Islandsbanki.

Tourism officials are aware they can’t push their luck. Since the start of the tourism boom, Iceland’s currency has surged, making it an even more expensive destination than it already is. The recent lifting of capital controls, while bringing a degree of normalcy to the economy, has so far failed to reverse the trend. That in itself may be enough to curb foreigners’ enthusiasm.

Many Icelanders worry that overcrowding may ruin the experience for visitors and spoil natural treasures. Among the country‘s most popular destinations are Thingvellir, a UNESCO World Heritage Site, and Jokulsarlon, an otherworldly glacier lagoon on that island’s southeastern coast

The total number of people employed in tourismrelated sectors was 19,500 in January 2016, or the month the fewest were employed, and 28,900 in August 2016, when the most were employed. Most employees worked in accommodation and at restaurants, 13,200 in January and 18,100 in August. However, the percentage increase of employees was greatest among travel agencies, tour operators, booking services and in sectors classified as other. Since 2012, the number of employees in tourismrelated sectors has increased yearly by more than 60%. Total turnover in typical tourism sectors increased on average by 19% between 2012 and 2016. The greatest increase was from 2015–2016, or by 41%. In relative terms, turnover increased most in the operating of holiday accommodation and in the rental of cars and light motor vehicles, or on average by 25% between years. Turnover increased on average by 15% between years in restaurant sales and services and about 7% in passenger transport by air. Regarding the comparison of the turnover figures for travel agencies and passenger transport, it should be noted that this activity was exempt from VAT until the beginning of 2016.

Around 1,790,000 tourists came on flights through Keflavík International Airport in 2016, or 98.7% of the total number of visitors.

Around 20,000 came with Norræna through Seyðisfjörður, or around 1.1% of the total. Around 3,800 came on flights through Reykjavík Airport or Akureyri Airport, or 0.2 % of the total. It must be assumed that there are variations in counts at Keflavik International Airport, as they cover all departures, including foreign nationals resident in Iceland. 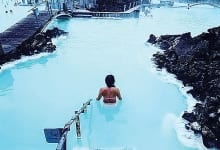 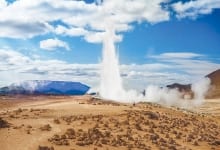 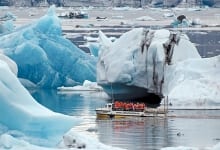 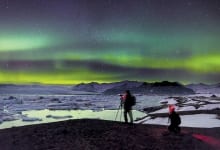 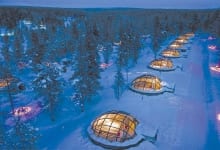 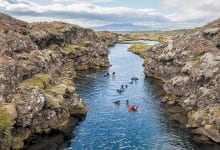 For Icelanders, It Pays To Be Weird

In recent years, Icelanders have started to appear exotic and slightly weird. As recently as twenty years ago, they preferred to be as citizens in...
Read more

At their meeting in Helsinki on Friday 25 January, the Prime Ministers and ministers responsible for climate issues of the Nordic countries decided to...
Read more

The Winter Lights Festival (1 - 4 February 2018) is an annual event held in Reykjavík, Iceland, that stimulates the city life in the...
Read more

The 10th anniversary of the Convention on preventing and combating violence against women and domestic violence, better known as...
Read more