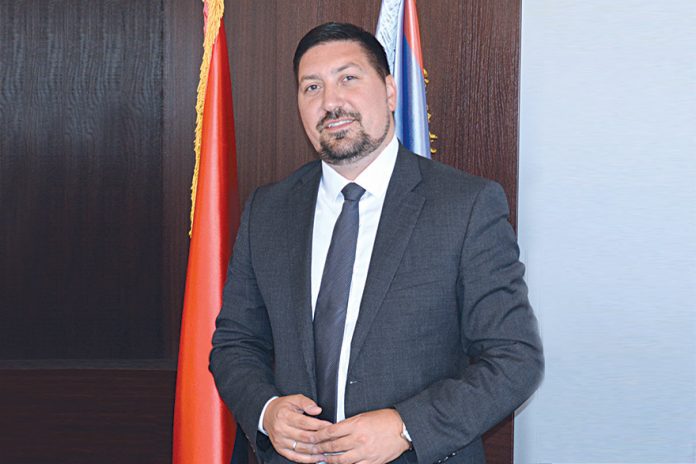 Vladimir Gak, President of the Municipality of Inđija

Vladimir Vasić, Secretary General Of The Association Of Serbian Banks

Proud Of The Past Century

The Association of Serbian Banks has spent...
Read more

The Power of Making Decisions

Knowing that even Shakespeare himself had difficulties...
Read more

The Mining Institute of Serbia, one of...
Read more 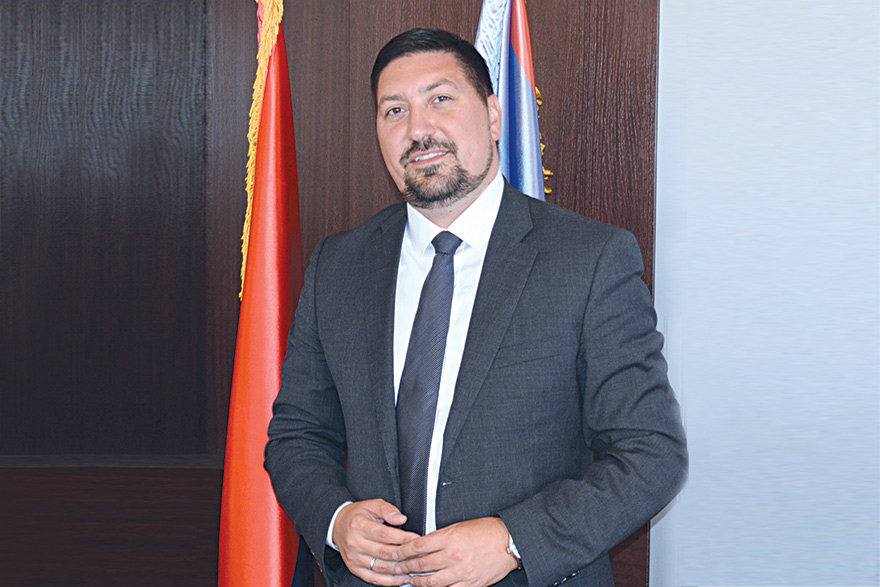 Inđija is a leader in Serbia in many areas and the most favourable place for investment in this part of Europe, thanks to which it was able to attract Japanese giant Toyo Tires. This will help to ensure citizens have the highest possible salaries, a high standard of living, the best quality public administration service etc

It is enough for an investor to say which plot of land they want to purchase in Inđija and all utility connections will be provided. What we are proud of is the speed of our administration – a building permit to start the construction of factory facilities is issued by us to an investor in a maximum of three days, says President of the Municipality of Inđija Vladimir Gak.

The factory of Toyo Tires is Japan’s first investment in Europe that saw many European Union countries vying to secure and which was won by little Inđija. How would you explain that? You must be very proud…

– I am, of course, proud, but I have to emphasise that this was preceded by a lot of work, even though Inđija is located in an ideal geostrategic position between the two largest cities in Serbia, Belgrade and Novi Sad, that Highway E75 passes alongside it and the edge of the industrial zone and the Belgrade-Budapest international railway. However, our industrial zone wouldn’t be as attractive if we hadn’t invested more than a million euros in municipal utilities equipment over the last three years.

The fact that we’ve signed 10 new investments in just three years and that the eleventh investment is that of Japanese company Toyo Tires testifies to the fact that the Inđija industrial zone is the most attractive in this part of Europe.

I would also point out that our philosophy is to ensure the absolute availability of the entire municipal administration and myself, as president of the municipality, to any investor to solve any problem. This means that they can call us at any time of the day throughout the week, because we are fully ready to respond to everyone’s needs.

Apart from employment, Inđija offers a rich array of cultural, sporting and entertainment contents, so Inđija is truly an ideal place to create a family

When is the foundation stone expected to be laid and the launch of construction of the Toyo Tires factory?

– With Japanese partners and our colleagues from the Serbian Development Agency, we have created a plan of the steps necessary in the implementation and start of construction of the factory. We have done everything that was up to us within the deadlines set, so it is up to the investor to decide when to start construction. What I sincerely hope is that implementation will begin and the foundation stone will be laid during April.

This is a major investment of almost €400 million. How many jobs will be created? How much will this Japanese investment change the economic picture of Inđija and the lives of citizens?

– In the first phase, just over 500 workers will find work, and what is very important to us – and has been announced by Serbian President Aleksandar Vučić – is that the average salary will be much higher than the national average. The quality and standard of citizens will increase significantly with this, and thus the ability of the local government to invest even more in roads, schools, nurseries, sports fields and other areas.

If all the investors with which you’ve entered into negotiations, including the Japanese, were to open their production facilities, unemployment in Inđija would stand at just one per cent. What would you do then?

– At the moment when all the factories launch their operations, everyone listed with the [unemployment] bureau will have a chance to secure a job. The only ones that won’t work are those who don’t want to or those who are unable due to health problems. Our vision is to increase the population in the coming years, both through the birth rate and through people relocating from less developed areas of Serbia.

For many years, excellent bilateral relations between Japan and Serbia did not lead to equally successful economic dealings. Today, however, it seems that the...
Read more

Prioritising The Well-being Of Society

Toyota has always participated actively in the creation of a better society with its uncompromising commitment to quality, continuous innovation and respect for the...
Read more

Takeda is determined to provide transformative healthcare solutions and products. At this company they feel a responsibility towards patients, colleagues and other stakeholders, but...
Read more

We are looking forward to the moment when we will be able to meet face-to-face and continue working on our projects together with our...
Read more
Cord MagazineLeaders Meeting Point