Continuous Investments In Our People & Business

Strategic Acceleration Through Development Of Logistics And Regional Connectivity

The connectivity degree of countries in the...
Read more

The SGS Group operates within the scope...
Read more

German companies and public institutions should heat their offices to a maximum of 19 degrees Celsius this winter to...
Read more
20 February 2020
Facebook
Twitter
Email

JTI has invested more than $181 million in Serbia since 2006, modernising facilities, launching cigarette production, tripling its market share and establishing highscale exports to Montenegro, Bosnia- Herzegovina, North Macedonia and Albania, as well as the export of tobacco to the EU

At Japan Tobacco International (JTI) they are glad that their employee practises have been recognised and rewarded with the prestigious ‘Top Employer’ certificate. This recognition, and above all the great satisfaction of employees, are the main driving force for the company to continue operating in this way and to make things happen.

JTI is traversing the second decade of its operations in Serbia. What have proven to be the greatest benefits of the decision to invest in Serbia?

– With the distance of this time, we can safely say that entering the Serbian market was a good decision. The value of exports since 2006 has reached nearly $250 million! We’ve also quadrupled the number of employees and are now among the five biggest taxpayers in Serbia, with contributions exceeding $2.2 billion to this day.

We are very proud of these results!

Last summer saw you commission a new cigarette-packing line worth three million dollars. Will you be adding new facilities and expanding capacities?

– Development and upgrading business capacities remain an imperative for us. Our business strategy implies continuous investments in our operations in Serbia, and last year’s investment was significant not only from the aspect of upgrading and expanding production, but also resulted in us ensuring a reduction of imports and an increase of exports to the countries of the region. 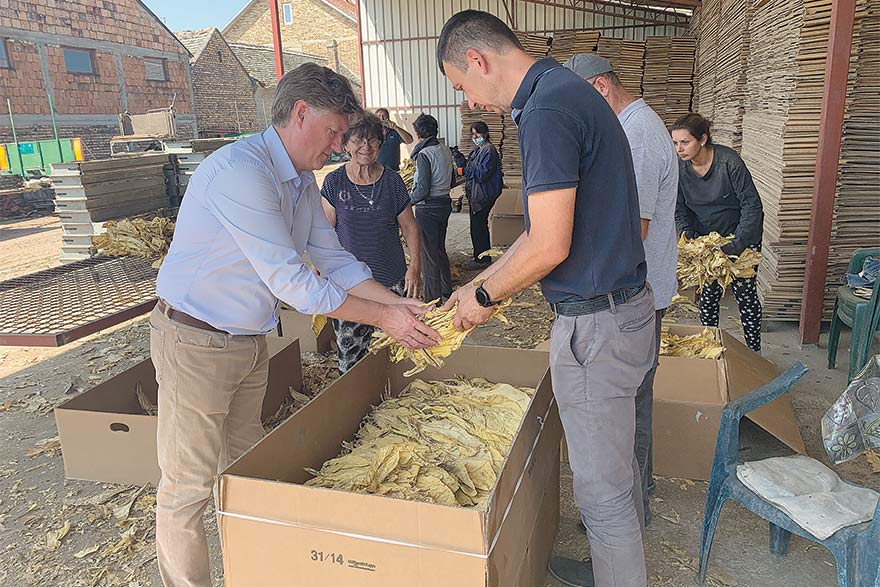 JTI is the only company to buy local tobacco. How many people, including farmers and seasonal workers, make a living thanks to your factory?

– Yes, we are the only foreign company that grows and buys local tobacco, and we are pleased to help Serbia’s agricultural policy in this way. We indirectly employ more than 1,200 people, including farmers, members of their households and seasonal workers. Our cooperation with tobacco producers includes full support in all stages of tobacco production, education about the latest global trends of tobacco growing and the latest regulatory changes that they are obligated to comply with, considering that we are in the business of producing excise goods.

The improving results we achieve together every year confirm that our efforts are justified. Last year we exceeded all expectations with an average tobacco yield of more than 2,000 kg per hectare, which is a result that can’t be matched by a single other producer in the country.

You continue to increase your market share year-on-year, while at the same time your exports are also growing. Does this mean that your factory in Serbia ranks highly within the company’s global operations?

– Continuous efforts and striving towards improvement have led us to tripling our market share in Serbia, and innovations in production have allowed us to increase exports. In times of strong competition and the fight against the illicit trade in tobacco products, our results – not only in Serbia but across the region – have been noticed at the global level. Our Senta factory was the number one JTI factory in 2016 and 2017; and #2 in 2018 in the total Global Supply Chain KPI’s ranking among all 30 JTI factories worldwide. 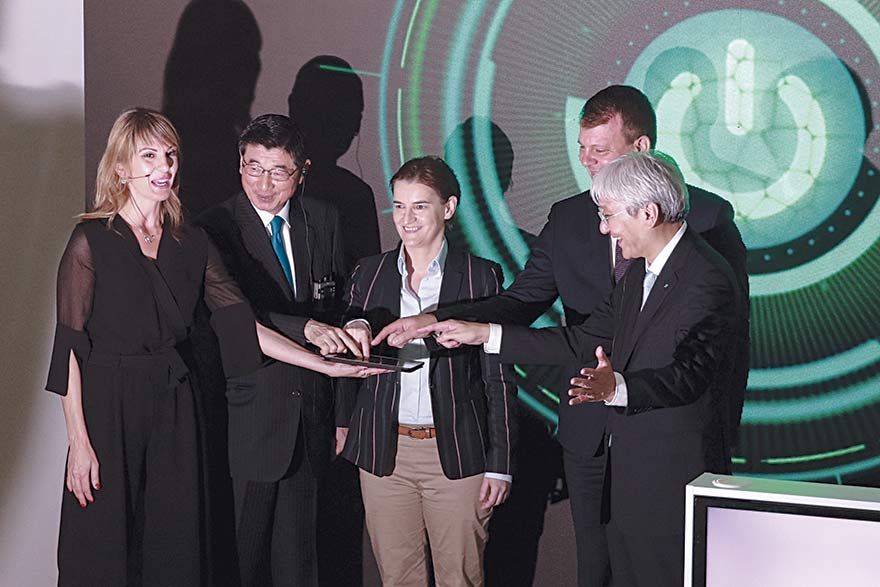 There have been considerable changes within the Tax Administration and inspections. How have these changes so far contributed to speeding up procedures and reducing the impact of the grey economy?

– We welcome all developments in the Tax Administration, as well as changes in the inspection system in Serbia. This will surely contribute to a more efficient system and increased control, which will result in reduction of the grey economy. In our work, we are positioning JTI as a loyal partner to the government and – thanks to our numerous joint projects – 444 tonnes of illegal tobacco, with an approximate value of €49 million when turned into cigarettes, have been destroyed in the last four years.

We are the only foreign company that grows and buys local tobacco, and we are pleased to help Serbia’s agricultural policy in this way

Since 2011, Your company has been awarding Sakura scholarships, in partnership with the Embassy of Japan. Is this a way to strengthen relations between our countries and peoples?

– That’s right, thanks to our successful cooperation with the Embassy of Japan, we have been working on bringing Japan closer to the local public for years. We take great pride in our Japanese roots, and the Sakura scholarship is an important part of the promotion of Japanese culture. In addition, we have so far supported performances of numerous Japanese artists: Japanese drummers Ondekoza and Gocoo, theatre ensemble A la Place, famous pianist Fujiko Hemming, the traditional Variki ensemble and many others.

JTI has been named as a Top Employer for many years consecutively. What is it that makes you one of the best employers in the world and the best in Serbia?

– At JTI people really do come first – we are aware that employees are the most important segment of our company and that they are the most influential source of our competitive advantage. It is for this very reason that we invest constantly in the development of our incentivising system of promotions and rewards, private healthcare – not only for employees, but for their closest family members – and we also offer employees the chance to learn more and develop abroad, which is an additional motivational factor for them. I believe that investment in our people is a sure path to success.