Shaip Kamberi, President of the Municipality of Bujanovac

We are Grateful for the Assistance

The Municipality of Bujanovac occupies a fifth of the territory of the Pčinja District, where 15% of the population of this district lives and has an extremely favourable age structure, which represents valuable and dynamic social potential for social and economic development

Thanks to Japan’s donation for de-mining operations, the security of citizens will soon be increased and conditions will be created to enable forestry exploitation, livestock grazing, mushroom picking and activities that determine the incomes of the local population.

Opportunities for the development of your municipality rely on the food, non-ferrous metals, tobacco, furniture, plastics, mining, textiles and construction industries. Are there any potential foreign investors? 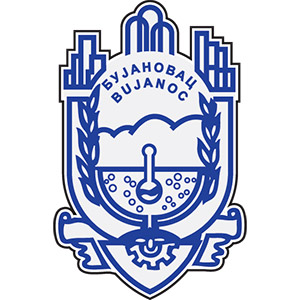 Unlike the rest of Serbia and the Pčinja District, the natural population growth rate is positive in Bujanovac and Presevo. Furthermore, another characteristic of these two municipalities is the significantly higher participation of the young population and the significantly lower participation of elderly people compared to the national level, expressed through measures of average age, the ageing index, the dependency rate of the younger population and the dependency rate of the older population.

Some 847 businesses are registered on the territory of the municipality of Bujanovac, 269 of which fall among small and medium-sized enterprises, while 578 are freelance entrepreneurs. In Bujanovac we also have 35 industrial plants of various categories, in which 15 companies account for about 82 per cent of total operating income.

Japanese ambassador to Serbia, H.E. Junichi Maruyama, visited the site of the Turijaska Hills de-mining project last year. What is the value of this work and why is it important?

– On the basis of the Agreement on the approval of a Japanese donation for de-mining operations in the Municipality of Bujanovac with the International Foundation for Strengthening Human Security (ITF), a project was implemented to de-mine the Končulj-Singerit site, on an area of 198,600m2, and a demining project for the Turijaska Brda site, covering an area of 389,200m2. During the implementation of these projects, 20 anti-personnel mines were found and destroyed, as well as 15 units of various unexploded ordnances.

The importance of this project can also be measured by the fact that during 2003, at the same location, one resident of the village of Veliki Trnovac was killed and another was injured due to the explosion of anti-personnel mines. That area hasn’t been able to be used since for safety reasons.

The Government of Japan also awarded the municipality of Bujanovac a donation worth 109,000 euros in 2017. How was it used and how much did it mean to the residents of your municipality?

– The Japanese then donated €109,000 to us for the purchase of a water tank and ambulance vehicles. The procurement of these vehicles has contributed greatly to improving the working conditions of utility services and healthcare providers, which was particularly important during the peak of the passage of migrants through our municipality.