Distinguishing itself as one of the top promoters of the Japanese culture and tradition in Serbia is company Japan Tobacco International. Led by its Japanese roots and the Kaizen philosophy that targets small, constant improvements in all areas, JTI has been striving to bring part of Japanese culture closer to our lands since the very launch of its operations in Serbia, thereby erasing borders and fostering friendly ties between the two countries

In collaboration with the Embassy of Japan in Belgrade, JTI has presented numerous Japanese artists to Serbia in recent years, whose spectacular performances have had a great impression on the local public. Through the authentic sounds of musical band JapaLkan, known for its nurturing of Balkan melodies and the performing of music from our region, via the rhythmical sounds of the traditional taiko drums of the group Ondekoza and the intoxicating performances of famous pianist Ingrid Fuzjko Hemming, the Serbian public has received opportunities to pay brief virtual visits to the Far East.

Testifying to the claim that Serbia also represents a source of inspiration for Japan was the performing of the famous play Balkan Spy by Tokyo-based theatre troupe A la place, which adapted topics specific to the Balkans to the Japanese lifestyle.

Apart from a large number of artists, JTI has also presented some lesser-known Japanese customs to the Serbian people. One of them is hanami – observing cherry blossom; marking the period of the year when Japanese people set aside their obligations to enjoy observing cherry blossom (sakura), which is believed to represent a symbol of happiness and prosperity. In a desire for this ancient custom to also find its place in our region, this company also supported the creation of Sakura Park, a garden of Japanese cherry trees in Belgrade.

Sakura is also the symbolic name of the annual scholarship that JTI awards, in cooperation with the Embassy of Japan, to undergraduate and postgraduate students and researchers for the best research work on topics related to Japan, thus inspiring young people to research Japan and Japanese culture.

JTI will continue to represent a positive example in the future, and will continue working with commitment to deepening and nurturing the existing friendship between Serbia and Japan. And the best way to achieve that is via exchanges in the fields of culture, sport and the arts, which provide significant potential for further prosperous relations between the two countries. 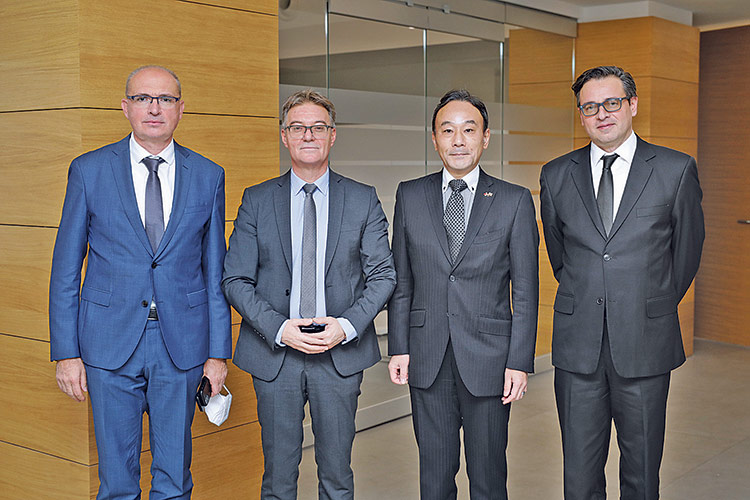 JTI last year commemorated two extremely important anniversaries: the 65th anniversary of the founding of company Duvanska Industrija Senta [Senta Tobacco Industries]; and the 15th anniversary of the privatisation of the Senta factory and the launch of JTI’s operations on the Serbian market. The marking of this occasion prompted the company to donate four drones and accompanying equipment, worth 1.2 million dollars, to the Phytosanitary Inspection Division of the Serbian Ministry of Agriculture, Forestry and Water Management, which will be used to combat the illicit production of tobacco. Since its arrival on the Serbian market, JTI has contributed a total of three billion U.S. dollars to the budget of the Republic of Serbia.

EIB Global, the arm of the European Investment Bank (EIB) devoted to activities outside the European Union, has unlocked €76 million to further support the modernisation...
Read more