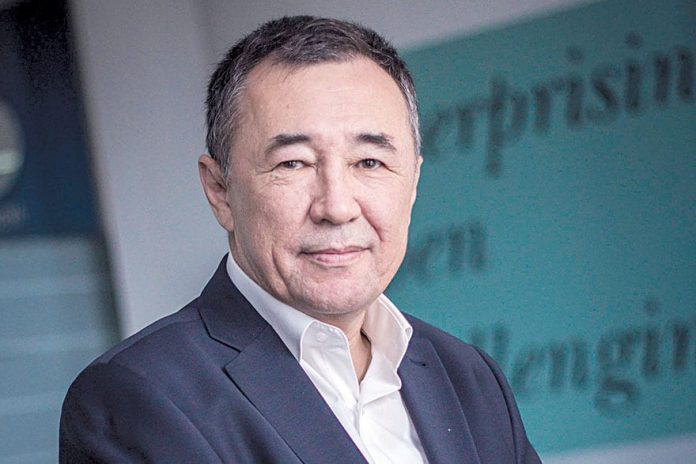 JT International a.d. Senta, despite being a foreign investment, has “domesticated” in Serbia in the best way during its more than ten years of operating here. JTI is a member of the Japan Tobacco Group of Companies, which is one of the leading international producers of tobacco, present on the global market with brands like Winston, Camel, Mevius and El-de. Alongside these, thanks to brands I-Lights and Logic, it is also a global player in the e-cigarette market.

This Geneva-based company with operations in more than 120 countries selected Serbia for its first direct investment way back in 2006. And not just that! Despite seeming impossible at first glance this Japanese company has introduced and successfully implemented a new business philosophy for Serbia – Kaizen, which encourages creativity at work aimed at achieving the best possible results.

In the meantime, this investment has become one of the country’s most important factories, tripling the number of workers employed there during the 11 years of its operation, creating room for associated companies and contributing significantly to the annual Serbian budget through tax contributions, excise duty and other payments. It is also worth noting that the company’s market share has also increased during this time from seven to 21 per cent.

JTI is the largest tobacco producer in Serbia, employing a total of 1,000 workers in Belgrade and at the factory in Senta – as well as tobacco growers and their family members and seasonal workers

More than $2.7 million was invested in the Senta factory in 2016 alone, in order to further expand tobacco processing and cigarette production capacities, though this sum represents only a fraction of total investments during the past decade. That’s also why one of our first questions for the director of operations in Senta, Azhaiyp Kozhakhmetov, related to achievements this year and plans for next year.

– Since 2006, when JTI purchased Senta Tobacco Industry, a total of US$170 million has been invested in modernising the factory’s facilities, launching cigarette production and exports to Montenegro, Bosnia-Herzegovina, Macedonia, Croatia and Albania, as well as exporting tobacco to the EU. By the end of 2017, we plan to complete the current investment cycle of US$2.7 million, while in 2018 another US$2 million will be injected in the further expansion of tobacco and cigarette production. Senta Tobacco Industry was initially a factory that only dealt with processing green tobacco, but we now have a portfolio of different configurations for cigarette products belonging to some of the world-famous brands we produce, such as Winston, Monte Carlo, Camel and LD.

How much of the cigarettes and tobacco produced do you export?

– We are currently exporting more than a third of everything we produce. The value of exports over the last 10 years amounts to more than US$200 million. Just in 2017, we will export cigarettes and tobacco worth nearly US$20 million. Our long-term plans are to increase volumes in our export markets.

JTI cooperates with local farmers, along with their families and seasonal workers. What are the terms of that cooperation?

– As the only international company that buys domestic tobacco, JTI is Serbia’s largest tobacco producer, employing a total of 1,000 people in Belgrade and the factory in Senta – tobacco growers, members of their families and seasonal workers. For the second consecutive year, the company has been awarded the Top Employer certificate for providing leading-edge staff conditions. As far as cooperation with our producers goes, with the goal of achieving the best results in terms of quality and yield, JTI provides support to farmers at all stages of production – from the provision of seeds and payment of the amount required for financing production, through the care of tobacco in the field, training farmers about the proper application of agri-technical measures, to collection and transportation of tobacco to the factory.

In recognition of our donations of equipment and funding, as well as the voluntary work of our employees, JTI was awarded the prestigious VIRTUS Award in 2015 for contributions to the local community in which it operates

JTI’s factory in Senta is the first operation in Serbia to fully apply Kaizen – the Japanese business philosophy that enables the achieving of great results. Do you think other companies in Serbia would benefit from Kaizen and, if so, how?

– Kaizen is a way of thinking and organising everything. It emphasises employee creativity to help define the way procedures and systems can be improved. Overall advantages of the philosophy include increased productivity and maintaining the quality of products and services. It is a “continuous improvement” mindset that you can apply anywhere, on any job. That is the reason why we traditionally organise an ‘Open Door’ day at our factory for colleagues from other companies, and we share with them our successes achieved using the Kaizen continuous improvement method. Based on our experience, I can say that realisation of the Kaizen philosophy is a challenging but attractive journey that will undoubtedly bring you great success.

As a major company, do you feel responsible for the local community? How do you support your fellow citizens in Senta?

– JTI is strategically orientated towards supporting the society in which it operates and protecting socially vulnerable groups. With the aim of contributing over the long term to the improvement of the quality of life of community members at the local and national levels, we launch and participate in numerous projects.

In recognition of our donations of equipment and funding, as well as the voluntary work of our employees, JTI was awarded the prestigious VIRTUS Award in 2015 for contributions to the local community in which it operates. We invest in preserving culture and tradition, as well as in improving the quality of everyday life.

In Senta itself, we helped with the reconstruction of the theatre and city fountain, as well as supporting the establishment of a daycare centre for people with work-related disabilities. Every year we traditionally give the largest donations to the Soup Kitchen in Senta. On the other hand, the majority of tobacco producers with whom we cooperate are located in Srem, so we have initiated or joined several projects to support locals there.