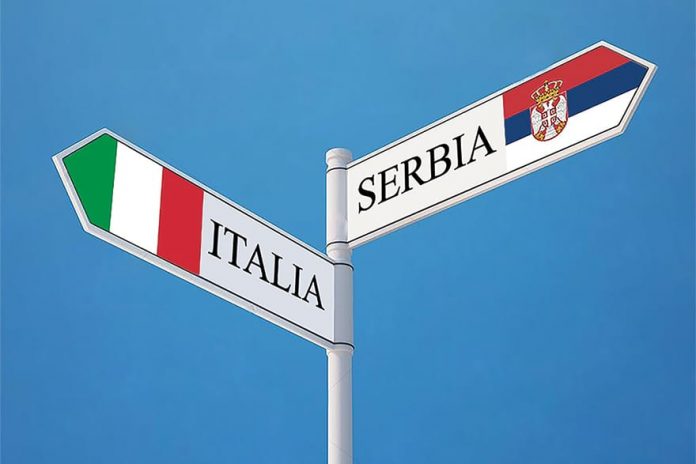 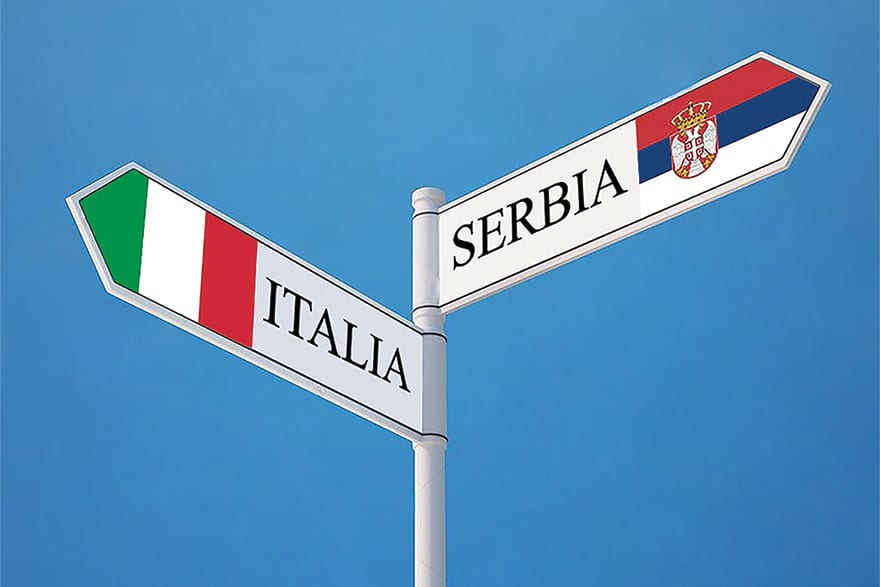 Italian business in Serbia is today represented by more than 600 companies operating in the country, employing over 25,000 workers

Italy has always been among Serbia’s top economic partners

This is also reflected in the activity of a number of Italian economic institutions and associations present in the Country. The Italian business community can count on the support of the Italian Foreign Trade Agency (ICE), the Italian-Serbian Chamber of Commerce and Confindustria Serbia. All three entities are based in Belgrade and actively promote bilateral economic relations and the interests of Italian and Serbian companies operating in Serbia.

When it comes to bilateral trade, in 2018 Italy was Serbia’s number two trade partner.

Overall bilateral exchange amounted to 4.03 billion euros, 2.05 billion of which represented Italian export (an increase of +4.7% compared to 2017) and 1.98 billion of Italian import (basically the same as in 2017).

Italy is still the number one destination country for Serbian goods and the second exporter country to Serbia. According to the Development Agency of Serbia, Italy was the top investor country in Serbia between 2007 and 2018, both in terms of the number of investments and their total value.

The arrival of numerous SMEs, which have always been the real driving force behind the Italian production system, has consolidated Italy’s position as a leader among foreign investors

Two characteristics of Italian investments in Serbia are that they were among the very first foreign investments in the country, immediately after the opening of the market in the 2000s, and that they are diversified into several sectors. It can be stated unequivocally that economic links between Italy and Serbia have historical significance. This is due to strong institutional support, but also the far-sightedness of Italian entrepreneurs.

At a time when other partners were showing a certain reluctance to invest, Italy believed strongly in the potential of this country, launching major operations. In more recent years, the arrival of numerous SMEs, which have always been the real driving force behind the Italian production system, has consolidated Italy’s position as a leader among foreign investors.

The most significant sectors with a strong Italian presence include automotive, textiles, footwear, metalworking, agri-food, energy and construction. The automotive sector has traditionally been very important to Italian-Serbian economic relations, as evidenced by the investment made by FCA in Kragujevac.

FCA remains one of the main foreign investors in the country today (1.2 billion euros invested). Following FCA, many companies from Italy’s automotive sector came to Serbia to establish production operations. In the banking sector, the top crediting institution in Serbia is Italy’s Banca Intesa (Intesa Sanpaolo Group), while UniCredit is ranked second.

Together, they hold 27.7% of the Serbian market, with shares of 15.8% and 11.9% respectively. In the insurance sector, Generali holds 26.1% of the market and DDOR (Unipol-SAI Group) 8.0%, representing a combined 34.1% of the Serbian insurance market. In the textiles and footwear industry, the Benetton Group, Calzedonia, Pompea, Golden Lady and Geox have been present in Serbia for many years.

Italy is now expanding its traditional presence in many other sectors, such as agriculture (Ferrero), energy (Fintel) and ICT (Engineering). The flow of Italian investment continues, as demonstrated by the decisions of several Italian companies to expand their business in Serbia, like Thermowatt (Ariston Group) in electrical appliances, La Linea Verde in the agri-food sector and the GLM Group in the automotive sector.

As mentioned, the agriculture sector is also gaining growing importance for Italian companies; for this reason, Italy has been selected to be the 2019 “Partner Country” of the Novi Sad Agricultural Fair, which is attended each year by around 30 Italian companies.