India’s first unesco world heritage city and gujarat’s largest, ahmedabad, is a paradise for tourists. With its elegant monuments, vibrant markets and an eclectic culinary scene, it offers unforgettable experiences

Ican hear the waters of the Sabarmati river gurgling as it flows in the distance. Above me, on a high branch two birds break into a song as a gust of wind sweeps over, bearing the promise of rains. I am standing in the serene green grounds of the Sabarmati Ashram in Ahmedabad and I have never been more at peace. Here, I do not hear the cacophony of the city, neither am I surrounded by the cloud of frantic activity that I have grown accustomed to in my kitchen. Instead, I walk through the exhibits of the museum that document the life, time and philosophies of Mahatma Gandhi. His humble living quarters, immaculately preserved here, gives me a glimpse of the ideals he believed in. It is easy to spend a few hours at the ashram, located on the west bank of the river.

From 1917 to 1930, during the struggle for India’s independence, the ashram served as Gandhiji’s headquarters. Sabarmati Ashram is one of the first landmarks in Ahmedabad or Amdavad as it’s locally known, that I visit, and by the time I leave, it’s almost time for lunch. Cities in India can be identified by their food. South India by idlis, dosas and appams, and north India by stuffed parathas, matar paneer and choley kulchey. Although you can taste all these fares anywhere in the country, Ahmedabad is one city where all these and more are savoured best. From melt-inmouth dhoklas and tantalising Gujarati kadhi to syrupy jalebis – I am spoilt for choice.

I settle for an elaborate Gujarati thali (spread) the traditional way, in pital (brass) utensils. Before food is served I am offered a small bowl to wash my hands in, with water poured from a metal pot which, I am told, is an age-old custom. Slowly, my plate is filled with tiny portions of local delectables starting with an assortment of pickles and chutneys such as dhaniya (coriander) and pundina (mint) chutney, and gajar mirch achaar (carrot and chilli pickle). These are served on a leaf that is placed on the plate. “The leaf is to make sure that the khatta (sour) of the pickle does not react with the brass,” the waiter explains. 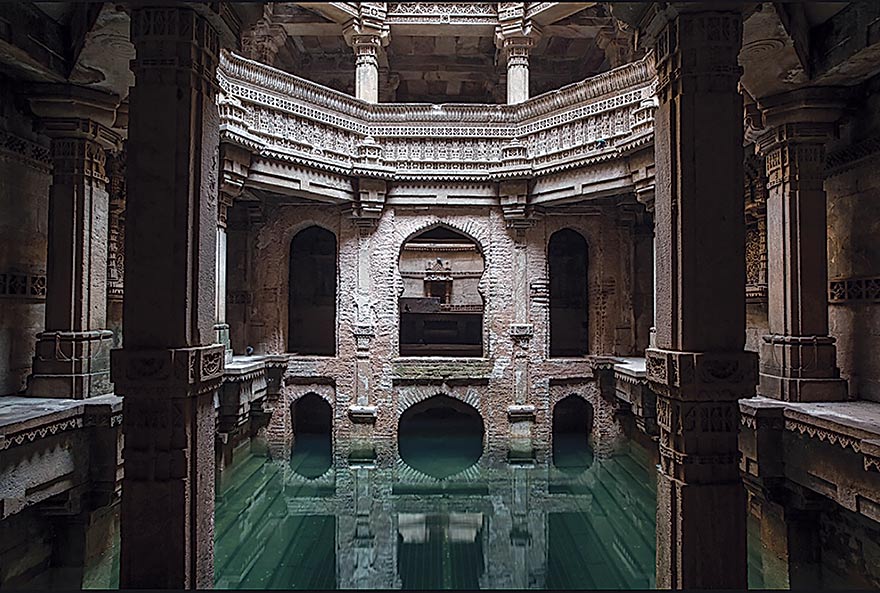 Then the main dishes roll in – ringana batata nu shak (eggplant cooked with potato), chora nu shak (an aromatic black-eyed beans gravy), Gujarati khatti mithi daal (sweet and sour lentil soup), undhiyu (mixed vegetable prepared with spinach paste), bhindi sambhariya (ladyfingers curry), Gujarati kadhi (a sweet thin gravy prepared with yoghurt and gram flour), rice and khichdi (an Indian dish consisting chiefly of rice and split pulses) along with such an assortment of breads as bajri and makai no rotlo (roti or flatbread made with the flour of the bajra millet and corn) and puran poli (a sweetened bread). I relish every bite, and every now and then am offered culinary advice on how to savour a Gujarati thali the right way.

The bowl of sweet halwa, for example, is to be had with the meal and not as dessert! With contrasting textures and flavours, it leaves me intrigued on so many levels. Hunger satiated, I visit the Adalaj Vav. Nestled in the quaint village of Adalaj, located approximately 18 km from the city centre, this magnificent 15th century five-storey octagonal vav (stepwell) takes my breath away. It is said that this vav was built not just as a cultural and utilitarian space but also as a spiritual refuge that villagers would visit daily and offer prayers to the deities carved into its walls. And it is cool inside. I see no devotees around but meet with many visitors here – some local, some tourists. I am mesmeried by its intricate architecture that boasts Indo-Islamic influences, and observe with wide-eyed-wonder the harmonious play of intricate Islamic patterns seamlessly fusing into Hindu and Jain symbolism. I take in as much as I can of this charming place before bidding adieu and heading back to the city.

A trip to Ahmedabad is incomplete without a round of shopping. Don’t miss out on the breathtaking bandhni fabrics, created using traditional techniques

Evening calls for tea and snacks and the streets of Ahmedabad invite you with delectable aromas of steaming chai (sweet tea made with milk), streetside vendors frying dal pakora (fritters made from lentil paste) and several other mouthwatering treats. I opt for the city specialities – chai, maska bun (fluffy buns toasted with oodles of butter) and dalvada (lentil paste fritters). Ahmadabad knows how to cater to the taste buds of those who crave Gujarati food – like me. In fact, I love the cuisine so much that I have actually created my version of a vegan khakra (a traditional Gujarati cracker-like snack made with wheat flour and oil) using baked carrot, pickled cauliflower and chilly dipped tofu aioli.

Anyone familiar with my work knows that I love creating vegetarian foods which go beyond ingredients like mushroom and paneer (cottage cheese). I like to give local foods a twist and make them my own. However, I enjoy such signature Gujarati delicacies as dhokla, handvo, buttermilk, fafda, sev usal, dhebhra, thepla, mohan thaal among others which reinstates, time and again, that Gujarati food is a perfectly balanced combination of sweet, salty and spicy flavours.

A trip to Ahmedabad is incomplete without a round of shopping, and I could not resist picking up some breathtaking bandhni fabrics that are created using the ancient tie and dye techniques. Needless to say it’s indigenous to this state and holds quite a special place in the rich Indian textile industry. As much as I want to stroll around the city, taking in its sights, sounds and smell, my adventure is cut short by work. But I don’t leave before I make a mental note of my return. 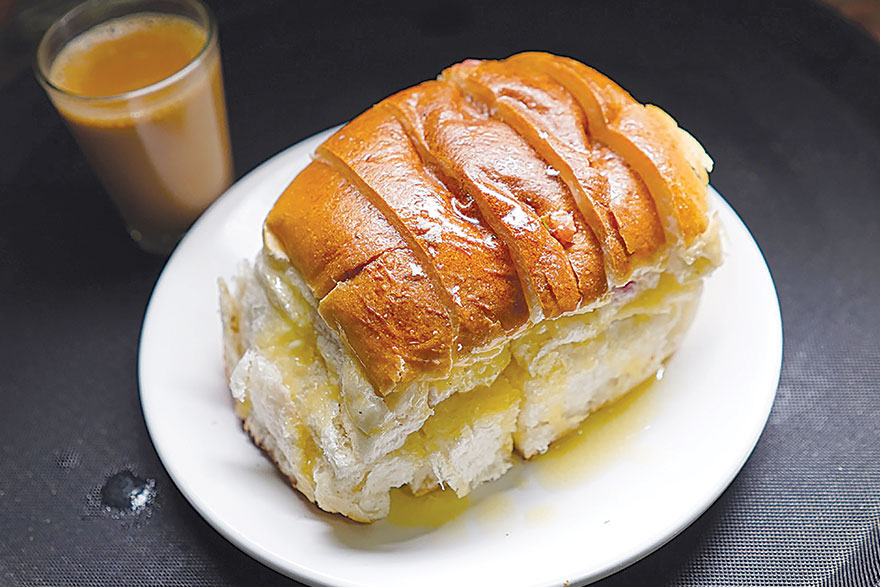 The perfect evening snack, Bun Maska (butter toasted sweet-bread) and masala tea is a staple snack around the streets of Ahmedabad. 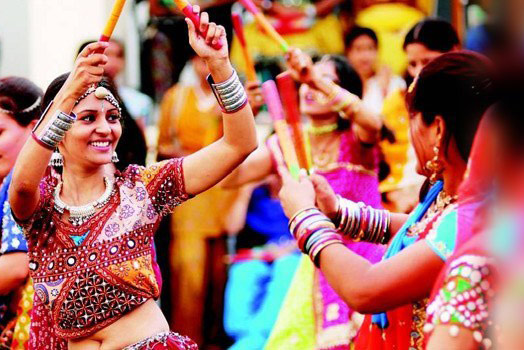 Raas or Dandiya Raas is the traditional folk dance form of Gujarat. It is the iconic form of celebration during the various festivals of Navratri and Holi. It is performed as a dance form with brightly-coloured batons. 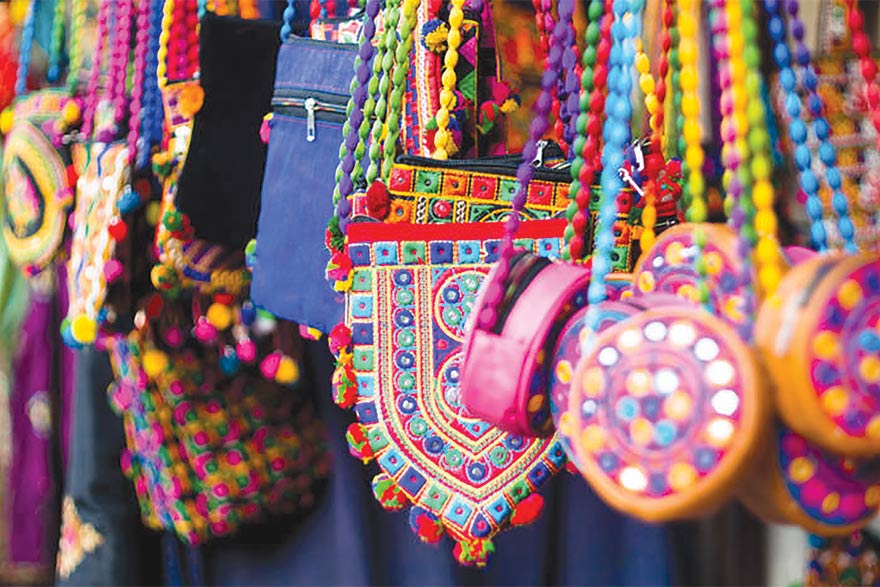 The city is famous for the brightly coloured and kaleidoscopic patterns that line the many vibrant bazaars around Ahmedabad.

The International Day of Yoga will this year be celebrated from 8 a.m. to 11 a.m. on 18 June in front of the Victor...
Read more