A sprinkle of basil seed on a lemonade. A touch of poppy seed powder in pasta. A dash of kalaunji (nigella) seeds in bread… the list can be endless. Roasted, grounded or soaked in water, indigenous seeds have been an integral part of Indian cuisine since ancient times.

Now chefs and nutritionists are delving further into their usage and health benefits.

Celebrity Chef Sabyasachi Gorai (culinary director, Grid), who has been working with seeds for more than a decade, calls them the “master tastemakers”. Nutritionist Kavita Devgan calls them nutrition boosters. 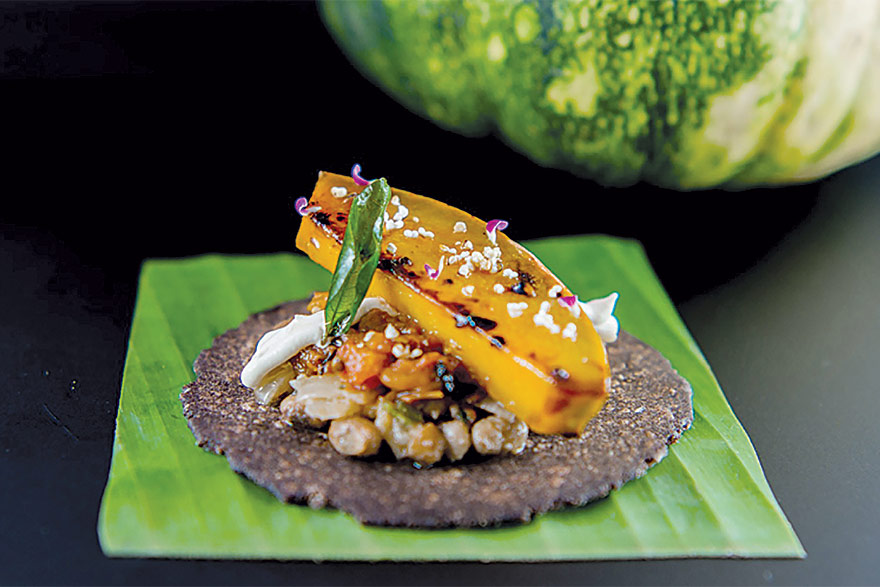 “Common seeds found in India are great sources of nutrition, including fibre and minerals. They also contain healthy monounsaturated fats and vitamins. They are easy to procure and consume, and make a flavourful addition to a diet,” Devgan explains.

Chef Sharad Dewan of the Park hotel in Kolkata, who has been working towards bringing seeds to the fore of experimental Indian cuisine, says, “The beauty of seeds lies in the versatility of their taste and texture. By that, I not only mean the texture and taste that has made them such an integral part of our culinary repertoire, but also in terms of nutrition.”

He explains that seeds need not only be used as a garnish or puree but can be an exciting alternative to work with for both old and new dishes. Nutrition therapist Sveta Bhassin says that seeds are, in fact, the quintessential needed fat and protein pack that works far more effectively than any processed supplement. Little wonder, then, that most ancient Indian recipes had a good amount of seeds added to them at various stages. Til ke laddoo (sweet balls of sesame seeds) are a good example. 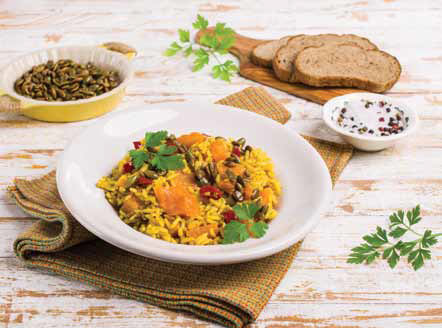 This age-old dessert is made in winter to keep the body warm and the gut fit enough to fight seasonal ailments. Traditionally, ajwain (carom) and nigella seeds were added to make rotis (baked Indian flatbread) crunchier and keep the gut healthy. The practise of adding chaar magaz (a mixture of pumpkin seed, musk melon seed, water melon seed and cucumber seed) to a curry also harks back to this thought.

“Seeds can be used to replicate all elements of taste. Nigella, for instance, gives a bitter taste, fennel is on the sweeter side, sesame is rich in oil, and mustard’s pungent. Coriander can be used both as a sweet and savoury and goes beautifully with layered sole breads like taftan,” says Akshraj Jodha, executive chef at ITC Windsor Bengaluru. The same is the case with alsi or teesi (flaxseed), which can add both crunch and a bittersweet taste.

Another example of how wonderfully seeds work is Bengaluru-based chef Vikas Seth’s beetroot tacos served with amaranth seeds. “Introducing seeds into a dish isn’t just about creating a contrast in appearance and taste, but also enhancing the flavour,” says Seth.

The tradition of adding seeds to a dish, explains Jodha, wasn’t only to make it richer. “It is a fallacy that chaar magaz was a poor man’s alternative to cashew paste. These seeds absorb minerals and vitamins, and pack in healthy fats,” says Jodha. Chef Shantanu Mehrotra of Indian Accent restaurant favours the use of seeds in everyday cooking. “Take the case of carom. Since it aids digestion and adds a unique flavour, it’s still used,” says Mehrotra.

Chef Balpreet Singh Chadha, director of Culinary Operations, at AnnaMaya in Delhi, says that in most culinary cultures, including India, seeds are usually consumed raw, lightly toasted or at best in the form of a light sauce. Chef Jodha says seeds should be added in the end and simmered just enough so that the heat can release the flavour and activate the nutrition.

An excellent example of this is a recipe of safed maas, a mutton dish, in which he adds the chaar magaz paste at the end to give it a rich flavour. The paste, says the chef, is made by first soaking chaar magaz in water and grinding it into a coarse paste. It is the same technique that is followed by straught Chadha, to give a distinct sesame flavour to suji ka halwa (semolina pudding) or by Sharad, when he makes his popular pumpkin seed raita (curd dish) for his pumpkin haleem (a mutton dish). 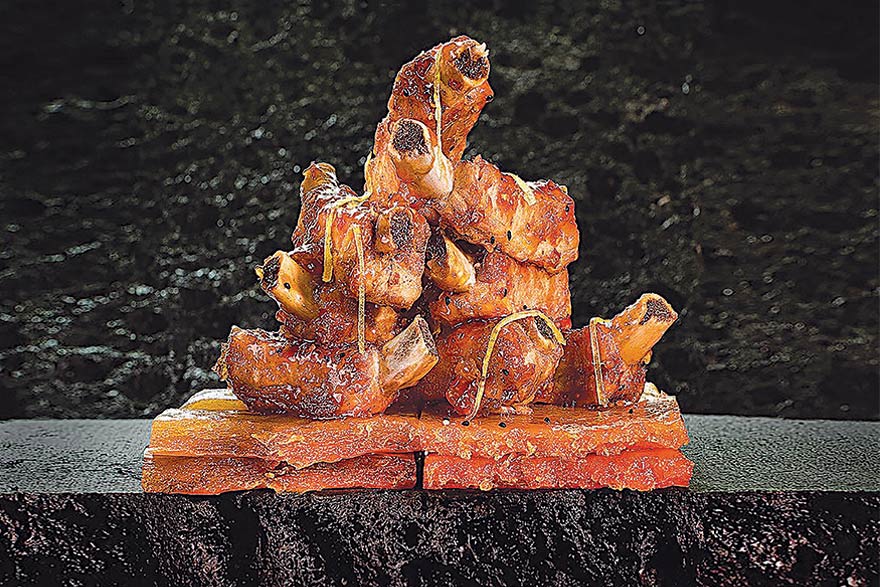 The fact that seeds have been a part of Indian cuisine heritage makes it easier for contemporary chefs to adapt them. Chef Megha Kohli of the restaurant Lavaash By Saby, says, “I was introduced to cooking with seed as a child and loved using it as a garnish without realising how it added to a dish. It was the familiarisation with seeds that enabled me to use them to create an interesting palate play.

At the restaurant, we use seeds to not only give richness to our dishes but also accentuate a dish’s theatrics like Matnakash Claypot bread (soft rustic flavoured bread), which is made with chironji (almondette) seeds.” As chefs discover the benefits of delving deeper into the roots of Indian cuisine, discovering unique health benefits of ingredients, native Indian seeds are being seen as the new heroes of natural flavours and wellbeing!

From Importer to Exporter

TALENT Nothing moves without this. While many developed nations are saddled with an ageing population, India’s median age is 29. The benefits of the demographic...
Read more

Several studies have shown how customisability is a strong requirement for the Indian consumer, and even international players have realised the need for a design approach that incorporates ‘all things Indian’
Read more

Nutritional and tasty seeds have been used in indian cuisine since time immemorial. Today they are being rediscovered as a superfood
Read more

Developments in India’s aerospace has not only proven the country’s mettle in scientific research, but also ensured the nation a place at par with some of the most powerful in the world
Read more

As the heady winds of monsoon transition into a pleasant autumn breeze, we travel to different parts of india and bring to you some of the most colourful and iconic festivals from across the country
Read more

Supermodel rachel hunter is in love with india, a country that has helped her connect with her inner being. She takes us on a guided trip of her two favourite spiritual destinations: varanasi and rishikesh
Read more

Diwali Celebration At The Indian Embassy