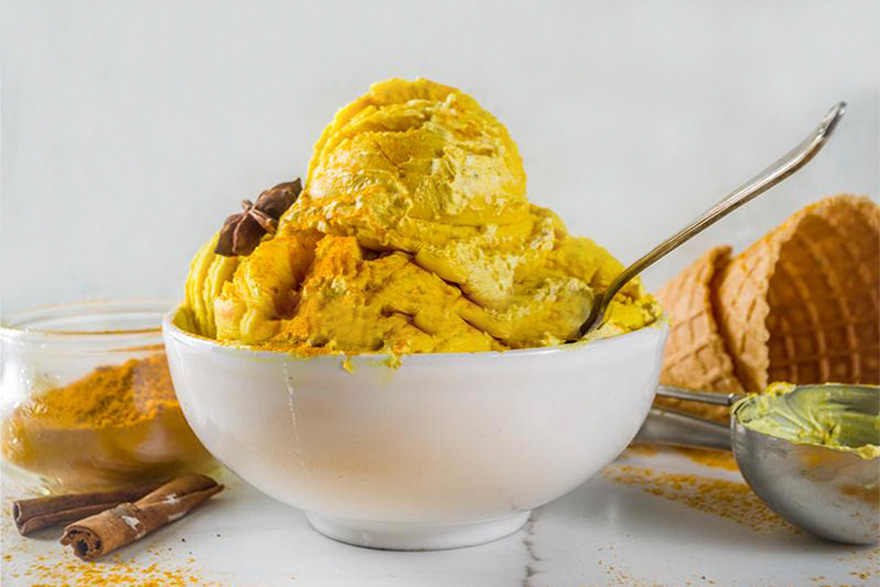 India The Spice Bowl Of The World

Flavourful and aromatic with a host of health benefits – indian spices are one of a kind. while some seasonings are popular, there are a few indigenous ones that are rarely used. celebrity chef and Padma Shri awardee Sanjeev Kapoor explores a few of india’s lesser-known spices

India is popular for myriad aspects, including its traditions, rich heritage and diverse culinary styles. People from outside the country are extremely curious about the “secret” ingredients used in Indian dishes that make them so uniquely flavourful. But what they often tend to overlook is that it is the indigenous spices, which make Indian food so irresistible. When we talk about spices, the one thing that is common in every Indian household is a masala dabba (spice box). A quintessential part of every desi Indian kitchen, masala dabbas are fascinating. And even though these spices are added in chutkis (pinches), they play a very big part in turning a dish from just palatable to simply delectable.

Apart from the wonderful aroma and flavour, Indian spices also have medicinal and immunity-boosting properties. For generations, Indians have traditionally used commonly- available kitchen ingredients to prepare healthy concoctions like kadha (a healing Ayurvedic drink made with herbs and spices) and haldi doodh (turmeric milk) to cure common cold. Such popular spices as jeera (cumin), saunf (fennel), sarson (mustard) and methi (fenugreek) feature in masala dabbas across the country, and much has been said and written about their exceptional culinary properties. Therefore, here we explore some of the lesser-known indigenous spices from various parts of the nation, which will prove once again that India, truly is, the ultimate land of spices!

Since we’re talking about spices, let’s begin with the ultra-spicy pepper or raja mircha, quite popular in the Northeastern part of India. Also known as ghost pepper, Naga chilli and bhut (or bhoot) jolokia, it was recorded in the Guinness Book of Records as the hottest chilli in the world in 2007. It is best when freshly-plucked as it tends to lose its intensity with time. Another popular way of savouring this spice is by pickling it with oil, salt and vinegar. Nowadays, people are experimenting with it, which has led to the making of the bhut jolokia tea by a Guwahatibased tea company. When consumed in limited quantities, it is said to help in improving blood circulation and digestion, lowering blood pressure and boosting metabolism.

This special yet rare spice, which aids digestion, reduces inflammation and acts as a pain reliever, is primarily used in Maharashtrian and Chettinad cuisine (of Tamil Nadu). The upper surface of this spice is dark green or black in colour. It has a strong earthy aroma and a dry texture, and is incorporated in the preparation of such popular indigenous spice mixes as Maharashtra’s kala masala and goda masala, and Hyderabad’s potli masala.

Turmeric or haldi is probably the most common Indian spice. It enjoys a pride of place in every desi household and deserves more appreciation than otherwise given. It is rich in curcumin, which has antioxidant, antiinflammatory and immunity-boosting properties, and also imparts a beautiful yellow hue to every dish that it is added to! The two varieties of turmeric that are said to be the best in India are Lakadong from Meghalaya and Salem from Tamil Nadu. This humble superfood has travelled from traditional Indian kitchens to global food hotspots and has found a place in several international recipes like Morocco’s pastilla (spiced meat and apricots wrapped in filo pastry), Sri Lanka’s kiri hodi (dried Maldive fish cooked in coconut milk gravy) and the extremely popular turmeric latte. radhuni A spice that finds a special place in Bengali cuisine yet continues to remain obscure to the rest of the country, radhuni is often confused with ajwain (carom seeds) because of their similar appearance. Radhuni, seeds of wild celery, forms an integral part of the quintessential Bengali paanch phoron – a traditional five-spice mix comprising kalo jeere (nigella), rai (mustard), mouri (fennel), methi and radhuni. This indigenous spice aids digestion, and helps reduce pain and inflammation.

Alkanet root or ratan jot is a unique spice from north India, especially Jammu & Kashmir and Himachal Pradesh. It is a herb that comes from the borage plant family and its roots produce a unique red colour, which has made this spice so popular. The flavour is more earthy than spicy. Rogan josh, the classic Kashmiri meat dish, gets its rich red colour from this spice! It has also been used as a medicine since ancient times for treating infections, skin wounds, rashes, burns and several other health problems. Perhaps, it is a precious ‘ratan’ or jewel after all!

Puli Kudam puli or Malabar tamarind is a popular souring agent in South India and is often used as a substitute for the regular imli or tamarind. Its appearance is similar to kokum but it has a strong smoky flavour and is added to a variety of fish curries, which is why it’s also called ‘fish tamarind’. This spice is known to not only aid weight loss but also promote cardiovascular health and boost energy.

Another indigenous gem from Indian spices is khus or vetiver, which is also considered a must in Indian homes during summer. Khus sharbat (drink) is very popular during summer for its refreshing quality. In several households, this sharbat is a mustserve during Holi! As per Ayurveda, khus, called the ‘wonder grass’, cools the body and ensures good blood circulation. Khus also boosts immunity, helps control thyroid-related issues and can also be used to keep diabetes in check. Indian spices pack in more than just flavour and aroma. They are treasure chests of wellness too. And although they vary in taste, pungency and usage from one part of the country to another, it is certain that no Indian cuisine is complete without them.

Sanjeev Kapoor is a celebrity chef, author and TV show host. In 2018, he had the honour to prepare meals for Indian Prime Minister Narendra Modi during the latter’s visit to the United Arab Emirates (UAE). The chef was invited by His Highness Sheikh Mohammed Bin Zayed Al Nahyan, Crown Prince of Abu Dhabi and Deputy Supreme Commander of the UAE Armed Forces.

Omurice, a beloved staple of Japanese home cooking, is a linguistic and literal mash-up of omelet and rice. A plain omelet cloaks ketchup-flavored fried...
Read more