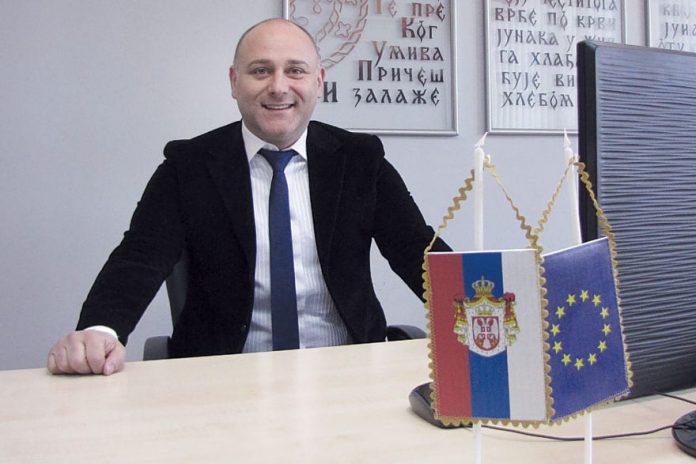 However, the coal can be certainly eliminated from industrial facilities, making significant savings based on the increase of energetic efficiency. One such example is the Sugar Factory „Crvenka“, operating as part of Hellenic Sugar Group, declared the absolute winner in energy efficiency by the European Construction Bank three years ago.

“As a socially responsible company, we give a great deal of attention to environmental issues and use gas as our main energy source. We believe that the state, based on the obligations it accepted, should incite companies that reduce air pollution. Serbian companies pay more than anywhere else across the region for gas. The state should certainly consider introducing some subsidies for companies that contribute to reducing the emission of greenhouse gases and improving energy efficiency, at the same time contributing to the competitiveness of our industry,” says Professor Hristos Alexopoulos, the Spokesperson of Hellenic Sugar for Serbia.

In addition, the Sugar Factory Crvenka has received a two million euro loan for reducing expenses. It helped pay off the debt in less than a year and at the same time increase its competitiveness and production capacities.

It is worth mentioning that the value of the susidiaries, and HSI Group as a whole, represents the basis for negotiation with the big European manufacturers and dealers. The status of the subsidiaries will obviously decrease the value of HIS Group, and the above mentioned entities will have a different attitude towards the Group. This should be considered while planning the future strategy

The changes in the market will benefit the business and prospects of the HSI company subsidiaries on the Serbian market. Securing HSI Serbia as one of the two biggest sugar manufacturers of the Balkan region is the main strategic goal for the year 2017. This goal is based upon the success achieved in 2016, as well as upon the unique opportunity obtained after taking over the third sugar refinery from the competition. Sugar refinery “Crvenka” is planning the sugar production of over 200,000 tons a year.

In the period 2002-2003 the HSI bought two factories in Serbia internationalizing corporate functions and enhancing both its regional dimension and the financial results of the Group. It should be noted that thanks to the business results of the experienced economic manager and the managing director of “Hellenic Sugar” Petros Gemincis, a successful business foundation was created as well as high standards were set for competitiveness in Serbia in sugar beet production. Notably, the positive developments of the subsidiaries have been registered which indicates a dynamic growth and excellent results after clearing in the current year.

It should also be noted that the subsidiaries, namely the sugar factories of HSI in Serbia, have no bank lending today, that they fulfilled all obligations to producers and suppliers and show positive cash flows.

2017 forecast is to invest 5 million in the factory. The expenses will be cut with the new modern production line, and at the same time energy efficiency, productivity and safety at work will be increased

The strategic objective for 2017 is to consolidate the HSI in Serbia as one of the two largest sugar manufacturers in the Balkans. This objective is based on the success in 2016 and the use of the unique opportunity for expansion after absorbing the third sugar refinery from the competition. 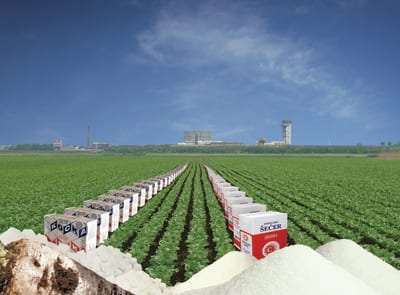 INTERNATIONAL ENVIRONMENT OF THE SUGAR INDUSTRY IN SERBIA

As it is known, Serbia is the largest producer and the only sugar exporter in the Balkans. All other Balkan countries, including Greece and the wider region with prominent Italy, import sugar quantities that exceed the production in Serbia.

Last year a significant change in the sugar industry was accomplished. That change has affected us and will continue to affect us positively. One of the absurdities is that in comparison to other European countries, our arable land is far more fertile but still face low crop yield. Local experts believe that by using modern agrotechnical in a proper way can result in 70 tons of sugar beet per hectare with more than 16,5% of sugar content. Sugar beet yield in the countries of the European Union varies from one region to another and is 55-65 tons per hectare, while it is 45-50 tons per hectare in Serbia.

All this has encouraged the company “Hellenic Sugar”, which is the owner of the sugar factory “Crvenka”, to cooperate more closely with the producers and help them increase the yield per hectare.

In the current year of 2017, we have continued the implementation of the project, known as “Hellenic Sugar“ in the cooperation with the Faculty of Agriculture in Novi Sad and with the Professional service of agriculture in Sombor. It has been organized in Novi Sad for the second time. The project goal is to offer professional help to producers in increasing the sugar beet yield per hectare and its quality. After the first expert conference, the results were significantly felt last year because the producers had a production increase of 45-50%.

We have helped the manufacturers to raise competitiveness in order to meet the market requirements of the European countries, and we have also encouraged Serbia to become the sugar production leader. The export will be increased by improving economic results and by the implementation of the „Hellenic Sugar“ methods, emphasizes dr Hristos Aleksopulos.