As Europe’s largest country, Germany has found itself in the spotlight in the wake of recent events, such as the ongoing refugee crisis, the European sovereign debt crisis and even the UK’s Brexit vote. All of these developments have the potential to slow down (if not reverse) the European integration process – an issue that’s particularly concerning to Germany, which has been a significant driver and benefactor of European integration historically

The rapid ageing of Germany’s population of 82.1 million is another looming concern. Germany’s Federal Statistical Office estimates that the population will fall to a total of 67.6 to 78.6 million by 2060. Even in the best-case scenario, the declining population would result in a reduced working-age population, which could undermine the government’s ability to fund public services and could weaken the country’s economic foundations.

Given these challenges, it is no surprise that the German government has made the internationalisation of higher education a strategic objective. Internationalisation has various benefits – ranging from positive impacts on the quality of research and education to enhancing the global reputation of academic institutions. It also has a number of economic “spillover” effects. It can help alleviate Germany’s skilled labour shortages and stimulate immigration. As illustrated by the German Academic Exchange Service (DAAD), foreign students in Germany yield a considerable economic net gain for society. This holds true despite high public expenditure on foreign students and the fact that German universities charge virtually no tuition fees, even for international students.

Factors like the absence of tuition fees and a reputation for high-quality education – particularly in engineering and the natural sciences – have helped Germany become an increasingly attractive country for mobile students seeking an education abroad. Germany has attracted five per cent of the world’s international students and achieved a rating as the 5th most popular destination country for foreign students after the U.S., UK, Australia and France. International student arrivals have since increased, while Germany is also an increasingly significant source of outbound international students.

The German government seeks to further increase the country’s international student population to a total of 350,000 students by 2020. A joint position paper issued by the federal and state governments calls for the “strategic internationalisation” of universities, better integration of foreign students and increased funding for transnational partnerships and international marketing. It also advocates expanding the number of degree programmes taught in English at German universities.

This recommendation stems from the fact that mandatory German language requirements for most degree programmes represent a substantial obstacle to enrolling foreign students. The number of English-taught master’s programmes has increased considerably in recent years and currently accounts for approximately ten per cent of all programmes. Undergraduate-level programmes, on the other hand, are still taught almost exclusively in German.

The German government has also adopted immigration policies that support its efforts to internationalise higher education. Implementation of the European “Blue Card” legislation was a major step, as it provides qualified international graduates of German universities with a pathway to permanent residence and access to the labour markets of most EU member states.

According to the OECD, Germany invested 1.2% of its gross domestic product in tertiary education. Given the dominance of public institutions in German higher education, it is not surprising that more than 85 per cent of financing comes from public sources. The German Rectors Conference places total government spending on university education at about €23.3 billion – 85.4% of which is provided by the governments of individual federal states. 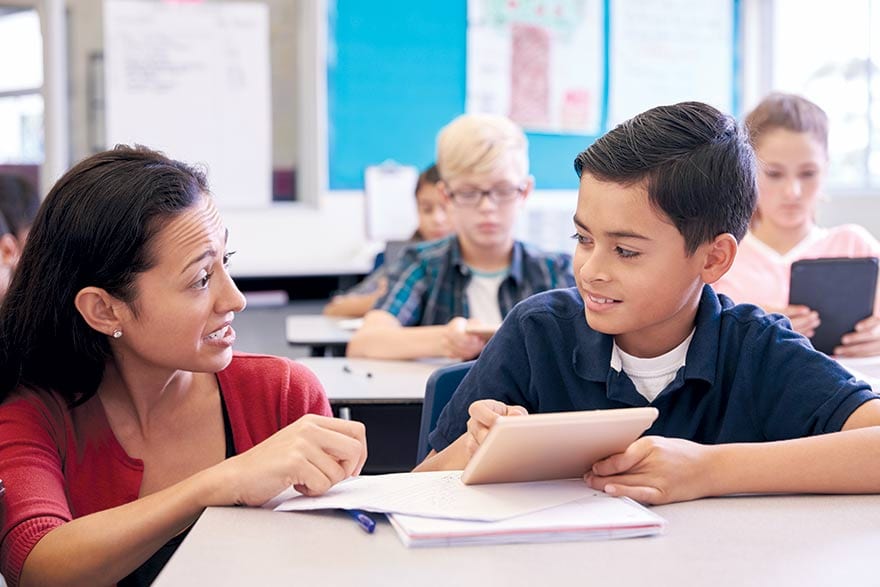 Given that Germany’s 16 Bundesländer states have legislative authority over university education, the role of the federal government in funding higher education has been limited traditionally. In recent years, however, both the federal government and states have sought to expand the federal role in cases of “supra-regional importance”. One example of such increased financial intervention by the federal government is the so-called “Excellence Initiative”, a programme in which the City of Berlin provided the bulk of the 4.6 billion euros granted to institutions between 2005 and 2017 in order to improve the global competitiveness of German universities. The funding was allocated to establish new graduate schools and create “clusters of excellence” that connect universities, industry and research institutes.

One of the most significant developments in the further internationalisation of German higher education is the recent mass arrival of Indian students at German campuses. India is – after China – the second-largest country of origin for international students worldwide, while the number of mobile Indian students is projected to grow. Between 2014 and 2015, enrolments of Indian students in German higher education institutions grew by a remarkable 24.4%, to a total of 11,655 students, resulting in India overtaking Russia as the second-largest country of origin for foreign students studying at German campuses. In light of these trends, some researchers predict that Germany could soon overtake the UK to become the largest market for international education in Europe.

In terms of total numbers of refugees, no other EU country has been impacted as much as Germany by the current refugee crisis. According to the German Interior Ministry, the country has accepted 890,000 refugees and received 476,649 formal applications for political asylum – the highest annual number of applications in the history of the Federal Republic.

Integrating such large numbers of migrants would present a challenge for any society. The German government recognises that access to education is vital for successful integration, especially given that more than half of current asylum seekers are aged under 25. Approximately 325,000 school-aged migrant children, between the ages of six and 18, are said to have entered Germany in 2014 and 2015. The German states estimated in 2015 that effective schooling of these children would require the recruitment of 20,000 additional teachers, at a cost of €2.3 billion annually.

In higher education, €100 million is to be allocated over the next four years to facilitate entry into study programmes. The funds are being used to ramp up financial aid, increase staffing in academic advisory and public information campaigns, as well as to expand the number of available language courses and seats in academic prep courses.

The standard academic aptitude test for foreign students (TestAS) is now free for refugees and is increasingly being offered in Arabic. Since many refugees arrive without academic documents, the test can assist university admission – though gaining entry into a degree programme often remains difficult due to language barriers and bureaucratic obstacles.

In 11 of Germany’s 16 states, children with a migrant background can take classes in their home language in public schools. Around 98,000 children learn in one of 23 mother tongues in the country’s most populous state, North Rhine-Westphalia. Second in line comes Rhineland-Palatinate, where 13,400 students took classes in the language of their family.

Almost 44,000 students took home language classes in Turkish in the last school year, while the Kurdish languages of Kurmanji and Sorani are also taught.

Home language classes were initially offered by schools or consulates, as a way of helping prepare the children of guest workers to “return” to their home countries. That goal, however, has long since been abandoned and school pupils nowadays may be third-generation Germans with only tenuous links to their families’ countries of origin.