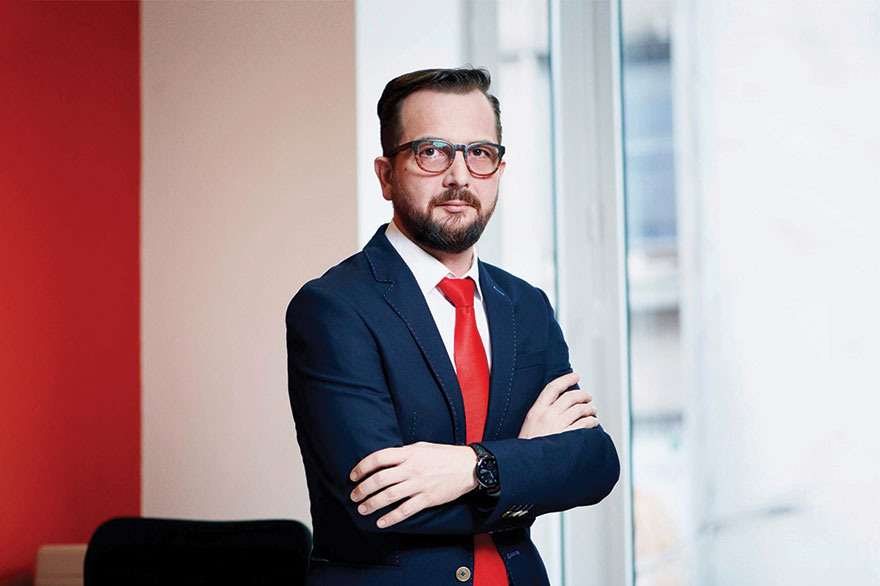 The Danube Connects Serbia And Germany

The Belgrade office of the German National Tourist Board (GNTB) will celebrate the tenth anniversary of its operations next year. Having advanced from 1.4 million trips in 2010 to 3.2 million in 2019, this region has seen above-average growth compared to Germany’s other source markets

Germany is full of hidden gems and treasures that can be found once you agree to stray from the beaten track. This was one of the elements that determined this year’s main topic: German Local Culture – showing the world a different side of Germany

Are the citizens of the six markets of the region that you cover acquainted with the offers of German tourism?

They certainly are! The German National Tourist Office in Belgrade is promoting Germany as a travel destination on six Balkan Markets: Serbia, Bosnia-Herzegovina, Bulgaria, Croatia, Montenegro and Romania. Our Belgrade Office promotes the diversity of Germany’s tourist products and we strive to be a pioneer when it comes to using immersive technologies (virtual, augmented and mixed reality), voice assistants and other conversational interfaces, as well as artificial intelligence applications like chatbots, as our marketing tools.

Germany has been among the world’s most visited tourist destinations for decades. What deserves the credit for this fact?

The Mathildenhöhe artists’ colony in Darmstadt is now a UNESCO World Heritage Site; the health resorts of Baden- Baden, Bad Ems and 2 Bad Kissingen, along with eight other locations, have also been awarded the World Heritage title of “Major Spa Cities in Europe.”

We think that the diversity of the offer – from major cities to small villages, natural sites to spa and luxury travel – is the key to our success.

The GNTB is promoting German Local Culture with a focus on the road less travelled, beyond the standard checklist of tourist hotspots

Which are the most popular German cities that have attracted the most tourists for years? Are trends changing?

It is really hard to single out one or two particular cities. There is basically something for everyone in Germany’s diverse selection of over 10,000 towns and cities. There are countless different sides to Germany and German cities. The vast spectrum of different architectural styles and art forms have shaped the country and bestowed a distinctive character on every region. You can discover the museum scene, street art, medieval centres of small towns, maritime cities etc. A third of the world’s opera performances take place in Germany, at over 80 opera houses. There are castles, parks and gardens at the heart of the country’s cities, and much more.

So, as you see, before being able to single out any of the cities I would have to know if you prefer a small town or a metropolis, culture or nature, street art or museums. From Munich to Hamburg, via Berlin and Frankfurt, there is something for everyone.

Are there any lesser-known or completely unknown destinations, events or other places and manifestations in Germany that are worth seeing, visiting, touring…?

We would like to take our guests off the beaten track, beyond the standard checklist of tourist hotspots, to discover the unique atmosphere of Germany’s towns and cities, and to meet the people who live there. We’ll introduce them to traditional professions and the artisans who are redefining centuries-old handicrafts for the modern age. In short, we invite you to join us on a journey through a Germany that is sure to amaze.

Over previous years we’ve been promoting different aspects of the variety of German tourism: for example, Bauhaus, UNESCO, Nature etc.

Sustainability has become one of the most important topics that we’ve been highlighting recently. And the COVID-19 Pandemic has led to travellers around the world becoming even more concerned about sustainability. Unspoilt nature, the careful use of resources and a focus on wellbeing are gaining in importance. So, we are picking up on this trend and expanding the scope of our ‘Feel Good’ campaign in 2021. At the same time, during this year and next, GNTB is promoting German Local Culture with a focus on the road less travelled, beyond the standard checklist of tourist hotspots.

Belgrade is a highlight for everyone in Europe. Everybody wants to come here and has heard of Belgrade

If you had to single out something that connects Serbia and Germany, what would that be?

The Danube is definitely the first thing to cross my mind. This river that is known as the “source of Europe” for a very good reason.

Serbia and Germany are attached to one another at all levels: naturally by the Danube, culturally and also economically. So, it is also very hard to single out a single aspect that bonds our countries.

As a tourism expert, you would certainly know what Serbia could do to raise the profiles of other places to ensure their inclusion on the list of the region’s most popular destinations… What tourism potentials are waiting for us to exploit?

Serbia has a lot of treasures to offer visitors. From nature to culture, from amazing rural areas to amazing cities and towns, from wines to amazing culinary experiences. I believe that these treasures that distinguish Serbia from its neighbours should be the ones to focus on.

But I would not underestimate the developments of previous years. I’ve now been living here for 10 years and I’ve witnessed huge developments. Belgrade is a highlight for everyone in Europe. Everybody wants to come here and has heard of Belgrade, but also Novi Sad and its surroundings, or the country’s festivals. But Serbia’s amazing nature has also started to be discovered by foreign visitors. There has been evident development of the tourism sector over the past 10 years, and a lot of projects are unfolding. And I think they are doing so in a very successful way!

I would say that sustainability should be one of the priorities.

The Wine Route To Happiness

There has been an increasing interest in recent years among foreign and domestic tourists in wine tourism and visiting wineries. These can be found...
Read more

The Aleksandrović family has been engaged in viticulture and winemaking for more than a hundred years. By the beginning of World War II, they...
Read more

Among the many natural beauties that Serbia can boast of are more than 2,000 caves. Unfortunately, only a small number of them have been...
Read more

Saint-Gobain is a world leader in modern and sustainable construction that designs, produces and distributes materials and services for the construction sector and industrial...
Read more