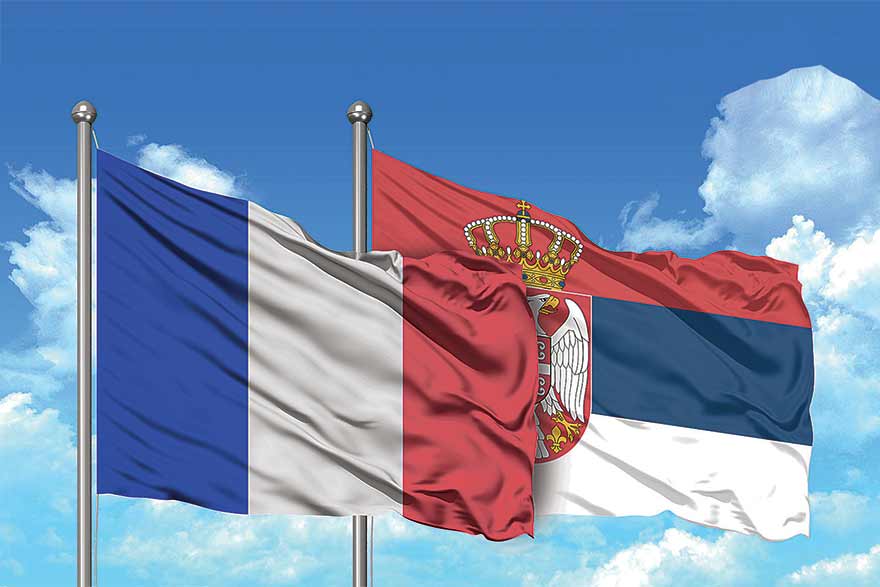 The narrative of good bilateral relations between France and Serbia was based on strong historical ties for a long time, with little progress achieved on political and economic cooperation. Nowadays, however, things look very different, with lots of bilateral talks taking place at the highest level and addressing topics like regional peace and stability, the normalisation of relations with Pristina and the fight against organised crime and terrorism, economic cooperation, the green agenda, digitalisation and social welfare.

Many media outlets throughout Europe, including the omnipresent Politico, are deliberating on the future of Europe after German chancellor Angela Merkel steps down in September. Merkel and French President Emmanuel Macron were seen as the driving force behind EU policies, and France is particularly credited with having shaped EU responses related to some of the most pressing issues faced by the Union. They include the recovery fund that was conceived in the Elysée and represents a ground-breaking change in the way the EU responded to the crisis caused by COVID-19 compared to its response to the crisis of 2008.

As Politico put it, Paris’ intellectual framework for EU independence and geopolitical relevance, known as “strategic autonomy”, formed the essence of the bloc’s recent initiative with China.

Indeed, effective Franco-German cooperation is needed for the implementation of this and other important tasks, such as the reform of the EU’s fiscal rules, as well as in the Western Balkans.

Here we have witnessed France’s increasing interest in Serbia’s EU accession agenda, the continuation of Belgrade-Pristina dialogue and economic progress.

French-Serbian bilateral relations have certainly been very dynamic over the course of the past two years, during which important political visits were made and business deals struck. Among the political visits, the first and most important include the official visit of President Macron to Serbia in July 2019, followed by two bilateral talks held in Paris in July 2020 and February 2021, but also telephone conversations. If President Macron visits Serbia by the end of this year, this would provide another sign that France has placed Serbia high on its agenda.

Developments on the economic front have been equally dynamic. The largest French-Serbian investment projects — the concession for Belgrade Nikola Tesla Airport and the project to sanitise Belgrade’s Vinča landfill and construct a municipal waste processing plant – were implemented in 2018, followed by the accelerating of work on the project to construct the Belgrade metro rail system. Then, in 2019, the French Development Agency opened its regional office in Belgrade. During the COVID-19 pandemic, French and Serbian delegations met in person several times, with those meetings crowned in November 2020 with the visit of Franck Riester, French Minister of Trade and Economic Attractiveness, and the signing of an important agreement on economic cooperation.

Elsewhere, fruitful cooperation was achieved in the domain of defence and security, resulting in the visit of General François Lecointre, Chief of Staff of the French Armed Forces.

In summary, the historical background for good bilateral relations that were forged during World War I, when Frenchmen and Serbs fought side-by-side, is now receiving a modern sequel in which battles are being fought in some new areas, such as regional peace and stability, the normalisation of relations with Pristina, the fight against organised crime and terrorism, economic cooperation, the green agenda, digitalisation and social welfare.

User experience is very important in developing good services. The citizens of Serbia have recently had the opportunity to assess the level of service...
Read more