“Nourishing oneself in a healthier and more natural way is an expectation and a necessity that it is now time to implement in haute cuisine. Exceptional produce expressing their qualities in simplicity, a technique whose elegance is to fade into the shadows to better serve them. This is cooking as I love it most. A cuisine of naturalness, unfettered, liberated” – Alain Ducasse

French haute cuisine has long been considered a poster child of gastronomy, boasting an extensive culinary history resulting in a plethora of traditions of potent flavours and a hedonistic methodology in the creation of meals.

Over recent years, however, it has been described by many as “unimaginative” and “boring.” Several authorities in the field, such as famous Le Monde food critic François Simon, say that “everyone was doing more or less the same thing at the top, and hiding behind tradition in the middle. Why experiment with some exotic sauce when you can do a perfectly good blanquette?”. Former French diplomat and La Liste President and Founder, Philippe Faure, also commented on the state of French gastronomic affairs, saying: “there are too few (good) gastronomic bistros in the big towns, and not enough young people doing good things.”

The reason behind the change in recent history has been primarily cost-effectiveness taking precedence over quality of ingredients, preparation time and methodology. This is clearly reflected in the statistics of the food service industry. According to restaurant consultancy Gira Conseil, out of the €88 billion (yearly?) turnover in the food service industry in France, €54 billion comes from fast food. Over 100 thousand traditional cafés have closed since 1970, and the number of artisan producers has dropped dramatically in the most famous sectors of French cuisine. The cheese production in France is a perfect example. Raconteur Media noted that today one in ten cheeses is unpasteurised, and Camembert, a gem in the gastronomic heritage of France, is being made by only six producers traditionally preparing it with lait cru, and only one producer using Normandy cows.

This was the gloomy landscape in French haute cuisine until a global trend lit a new path: sustainability. Paris has played host to many global initiatives and agreements addressing climate change, ecological issues, and more sustainable ways of living, and French chefs were quick to catch on. It has been forecast that, in 2019, food and beverage trends include locally sourced, seasonal ingredients, as well as vegetable-centric cuisine. Faure has commented recently that trends in French and global cuisine currently taking the spotlight include “more natural, organic and eco-friendly food”.

This has also been mirrored by top-rated restaurants and chefs in France. Four French restaurants were in the top 30 of the World’s 50 Best Restaurants in 2018, with Mirazur, home to Argentinian chef Mauro Colagreco receiving third place, while the landmark restaurant Arpège, owned and run by chef Alain Passard, in the eighth spot.

Colagreco and Passard are both renowned for their cooking as well as their gardens. Both establishments boast fairytale-like gardens in which they grow most, if not all, of their produce, making them almost, if not entirely, self-sustained in terms of ingredients (Colagreco buys a few products from the nearby Ventimiglia Market, while Passard creates his daily menu based on produce that is ready and delivered from his garden that day). 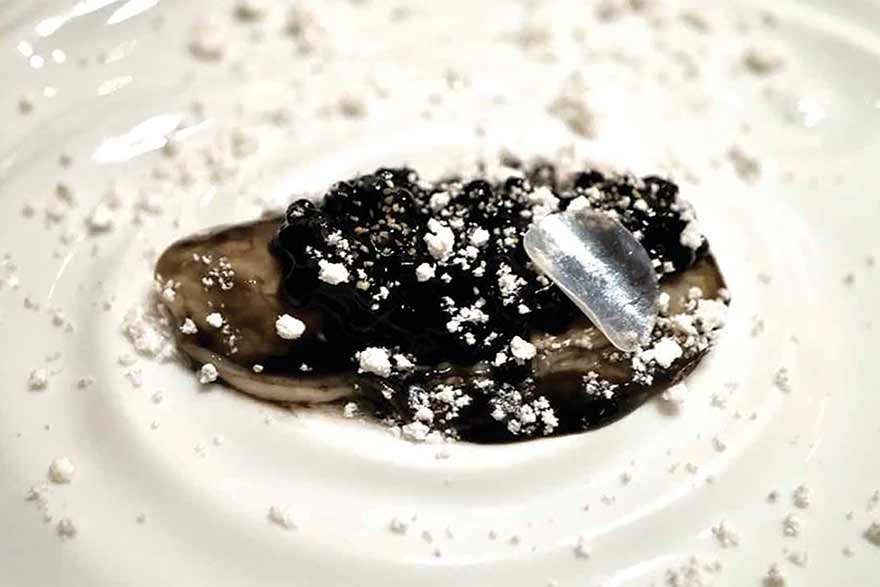 Passard has long been considered an innovator on the French culinary scene, famous for his turn towards a vegetable-based menu in 2001 after having received three Michelin stars as a restaurant known for its meat dishes. The beginning of this transition had Arpège take a few blows to its popularity, but none of the stars were lost in the process. Illustrator and author of “In the Kitchen with Alain Passard”, Christophe Blain, commented on Passard’s approach and noted that “since he grows his own vegetables, he has created a place where he is nearly self-sufficient. He invented the idea of vegetables from the garden to the table.” His garden is not the only aspect of his work that it crucial to his success – the relationship with his gardeners determines not only the success of the restaurant, but the future of food: “today, my gardeners are also my companions…my life partners […] They are the ones who allow me to be creative, because the produce is at the root of it all […]its on us, gardeners and cooks, to find the space to optimise the quality of the vegetables.”

Alexander Couillon, another garden-owning chef, whose restaurant La Marine single-handedly turned the island of Noirmoutier into a culinary destination, found his inspiration in his surroundings. His dishes reflect not only the island’s ecosystem but also the ecological tragedies. Couillon’s dish “Erika Oyster” reflects the tragic oil spill from MV Erika in 1999, which resulted in the complete devastation of the environment, with no shellfish and fish for several years until the coast was cleaned. Chefs such as Couillon use their art to promote sustainability by highlighting what their natural surroundings offer, and aim to work alongside their ecosystem rather than exploiting and abusing it. “[His] cuisine is the island.”

Another chef who has made sustainability the focal point of his cuisine is Alain Ducasse with his namesake restaurant, ranked 21st in the 50 World’s Best. The dishes at Alain Ducasse au Plaza Athénée have been described as “prioritis[ing] sustainability, health and wellness-hinged plates focused on vegetables, fish and cereals”, and dubbed “organic futurism” by Vogue magazine. With fresh and ethically acquired produce as the main pillar, his menu is heavily dependent on seasonality, respecting the natural life cycle of fish and vegetables alike.

Couillon shares Ducasse’s appreciation of artisan production: “Its important to promote our products, to show they exist. We don’t work with products that come from far away […] and that’s why our artisans are so important.” Having a close relationship with local artisans not only reduces the carbon footprint, but also boosts local economy, giving local producers what they need in order to keep traditions alive: “all of this contributes to the island’s activity, to its economy.” Making this choice as a chef poses many risks, as quality cannot always be guaranteed the same way it is in mass production, but it does give locals and the ecosystem a chance to establish a symbiotic relationship.

Sustainability starts with our daily habits and purchasing power, and French chefs have made a point of utilising their star power to promote and influence waste-reduction, organic production, and self-sufficiency. The demand for local produce and sustainable solutions, has set the stage for many new trends in France, which have not bypassed the haute cuisine sector, nor the choices we make every day on the trip to the food market or favourite restaurant.

What these celebrated haute cuisine chefs, proponents of the sustainability trend, are telling us is that there should be no conflict between a better meal and a better world.

After yesterday's conversation with the head of French diplomacy, Jean-Yves Le Drian, the Minister of Foreign Affairs of Serbia, Nikola Selaković, stated that the...
Read more

“I always think that turkey's not just for Christmas – in fact, done right, it rocks for Sunday roast ” Ingredients • 1 sprig of fresh...
Read more