The areas in which the French presidency...
Read more

Despite the crisis, we remain optimistic, and...
Read more

Since the beginning of the coronavirus crisis,...
Read more

The leading French-Serbian business network, the French-Serbian Chamber of Commerce, is an institution that brings together French companies in Serbia, as well as Serbian and other international companies that maintain trade relations with France or French companies. The Chamber is also a reliable partner to all companies from France wanting to obtain information about Serbia or launch operations in the country

The main role of the CCIFS is to enable its members to access its network of companies and exchange experiences and knowledge, establishing cooperation with other members in Serbia and around the world. In order to promote economic exchanges between France and Serbia and enable communication between member companies, the CCIFS organises about 40 different events annually.

The CCIFS successfully implemented its Start-up Accelerator competition for the third consecutive year, representing a programme of free mentoring support for start-ups and enterprises established no more than a year ago. The White Lemur start-up was selected, with its SOMA project, which deals with the production of biodegradable material from agricultural waste to replace polystyrene in industry.

During 2020, the winner will enjoy the support of the CCIFS Management Board, directors and managers of the largest French companies operating in Serbia, who will use their experience, contacts and ideas to help this start-up develop its business. The winner also gains the right to membership in the Chamber, thus increasing its visibility and expanding its network of contacts.

Panel discussion “Skills of the future”

The French-Serbian Chamber of Commerce, in cooperation with the Career Development Centre of the University of Belgrade, organised a panel discussion for students entitled “Skills of the Future”, held in the Ceremonial Hall of the University Rectorate. 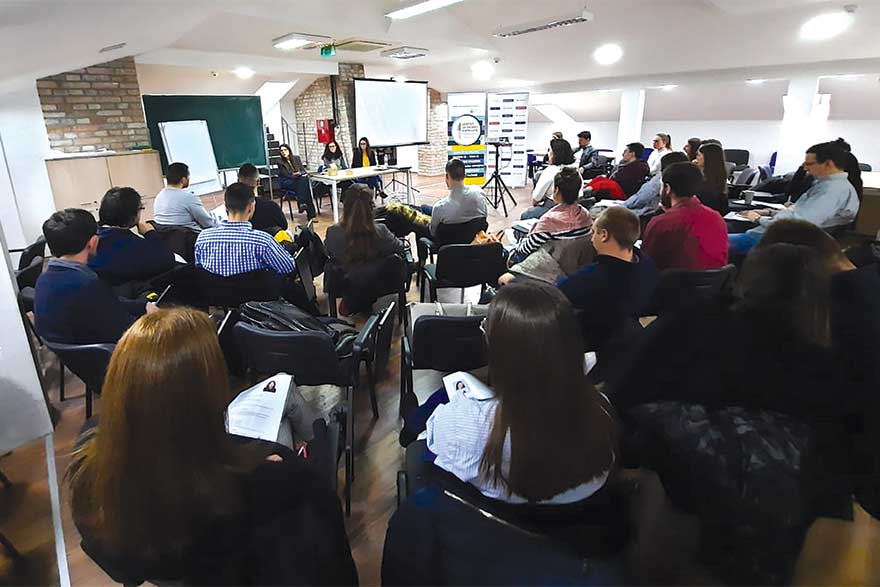 The CCFS last year signed a Memorandum of Understanding with the University of Belgrade and accordingly initiated a panel discussion for students, at which panellists, representing CCFS member companies, spoke about relevant topics related to employment, skills and abilities that ease the employing of young people, as well as global connectivity and the impact of new technologies on jobs in the future. The event was opened with a welcome address given by Ivanka Popović, Rector of the University of Belgrade.

The Chamber organises three to four events per month, of varying formats, which represent an opportunity for members to meet, inform one another and, of course, enjoy socialising together. At the beginning of this year we thus organised a workshop on the French anti-corruption law Sapin II, as well as a series of online training sessions within the scope of our Training Centre.

Faced with the newly emerged situation caused by the coronavirus outbreak, we changed the format of the event and for the first time this year launched a series of webinars organised for our members. The topics mainly related to the impact of the coronavirus outbreak on business, among which we would single out Business during the coronavirus, Impact on agricultural and the food industry, Managing human resources during the pandemic, Government measures for companies: from the perspective of banks etc. 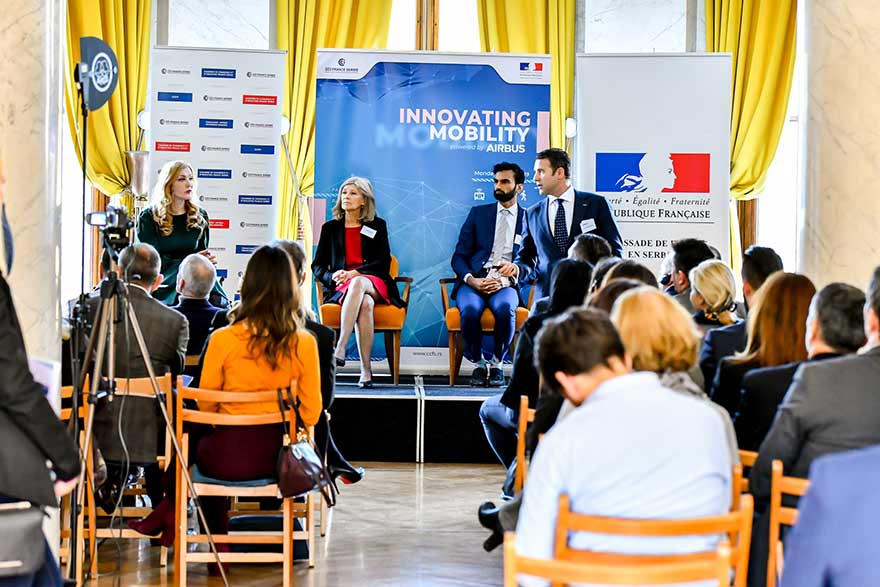 francfrancserbianMoreover, in cooperation with colleagues from six French chambers in the region, we organised regional webinars: Central Europe – what are the prospects for the supply chain? and The Processing Industry – a chance for Central and Eastern Europe, which brought together over 500 participants.

Informative updates were also sent on a weekly basis, featuring key general and economic information that drew parallels between France and Serbia.

Furthermore, there has been the continued unhindered staging of online meetings of clubs (Transport and Logistics, Infrastructure and Construction, CFO, HR, Digital and CSR), during which members exchanged experiences and advised each other about how to respond to various market demands during the time of crisis.

Launching the campaign “How can we help you?”

In the context of the outbreak of the Coronavirus pandemic and the crisis that gripped companies in Serbia, all with the aim of carrying out our main activity of supporting members, the French-Serbian Chamber of Commerce launched a campaign entitled ‘How can we help you?’. Throughout the duration of the state of emergency and afterwards, the entire team at the CCFS was available to members at all times, to provide them with the best possible assistance and support during the crisis period.

The French-Serbian Chamber of Commerce was the initiator in directing an open request to Economy Minister Siniša Mali seeking the implementation of additional measures to support small and medium-sized enterprises. That initiative was supported by 12 other bilateral foreign chambers of commerce and organisations in Serbia.

At the same time, in agreement with member companies from the construction sector, the CCIFS sent a letter to the Ministry of Construction, Transport and Infrastructure with proposals to ease the conducting of business prompted by the Covid-19 virus pandemic.
A survey was also conducted to assess the impact of Covid-19 on the operational and financial activities of CCFS members on the Serbian market, the results of which will be made available to members, with a press release to be sent to the media.

The French-Serbian Chamber of Commerce is working continuously to provide support to French companies wanting to develop business activities in Serbia. We help companies from France in researching market potential, finding clients and partners, opening branches and their general expansion on the Serbian market. 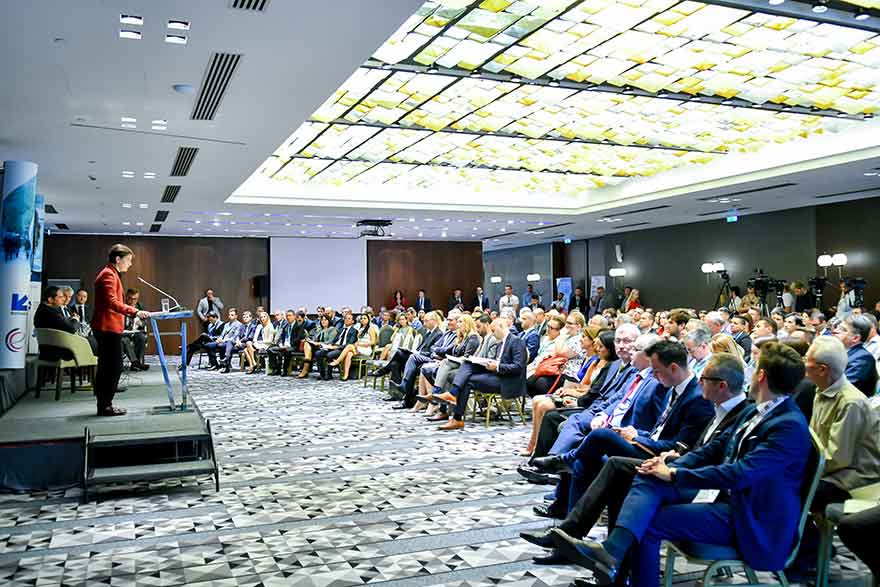 The CCIFS is ranked in the third, highest category within the network of French chambers of commerce abroad, as it provides a complete service to French companies interested in the Serbian market: from initial information about the market, to opening and assisting in the running of an enterprise. The chamber has already been operational for eight years and has been an official partner of Business France, the national export promotion agency of France, since 2019.

The French-Serbian Chamber of Commerce is regularly active in France, through participation in B2B meetings under the title Presenting Serbia in France, organised by French regional chambers. During 2020 this format of events switched to the online format and continued at the same pace. 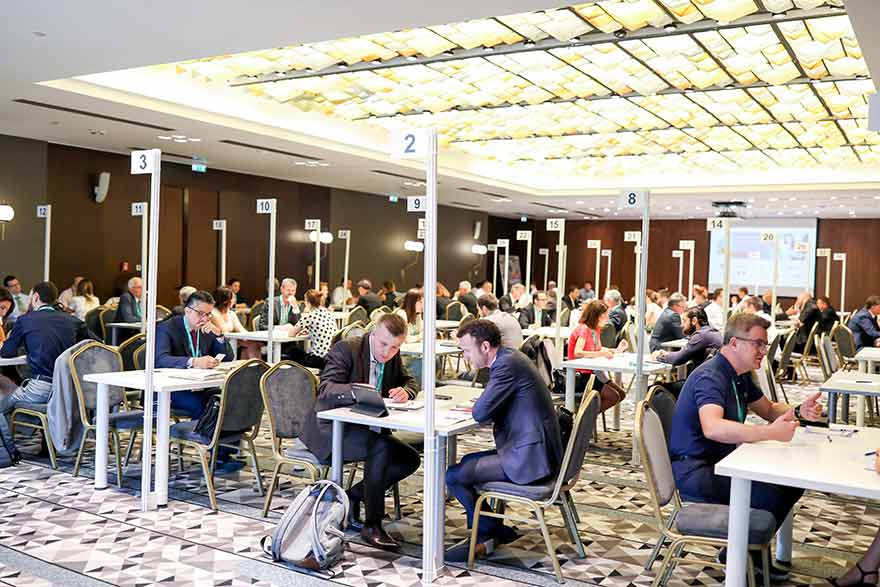 We are also present in France through the CCIFS director’s participation in the work of the Consultative Board of French Chambers of Commerce Abroad, which she was selected to become a member of in 2017, and which works on the reform of French foreign trade support. Thus French companies that want to internationalise will in future have simplified access to each market, through the one-stop shop principle.

Within the scope of our support for start-ups and enabling French and Serbian companies to more easily integrate on the local market, we opened the LeBooster Business Centre at our premises in the heart of Belgrade, which has an offer including offices and office space in a co-working area, virtual offices and conference rooms in a unique French touch environment. 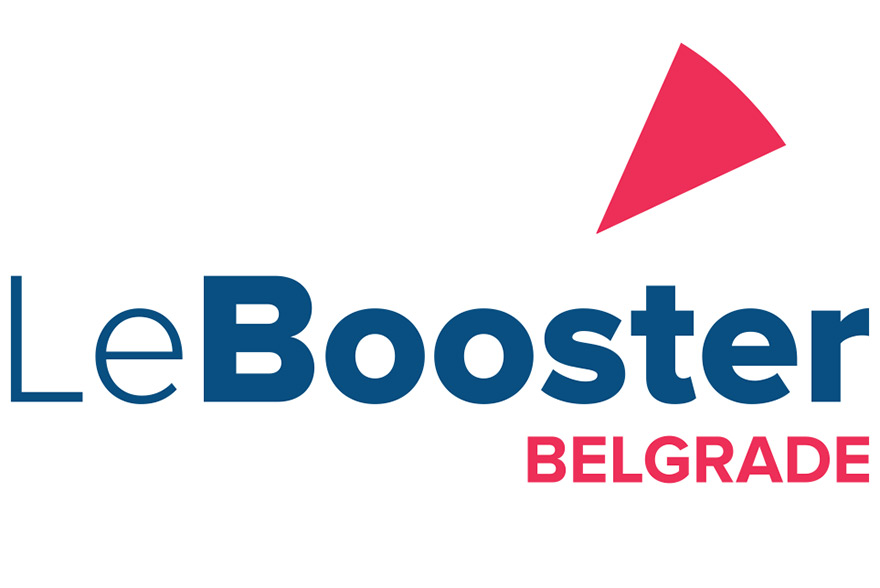 Companies can register a firm at our address, or rent a desk for a certain period with access to the complete logistics, business and networking offer of our Chamber.

As an added benefit, by taking up residence at our LeBooster Centre, individuals and businesses become part of our business community and have access to our network of contacts, as well as the many events we organise.

This is one of the Chamber’s most important events, which aims to promote French products, expertise and culture, through a series of events organised at various locations in the capital and beyond. The goal of French Week is to promote historical, cultural and business ties between France and Serbia, and the period during which it is held is connected to a widely popular custom in France – the reception of young French wine, Beaujolais nouveau. 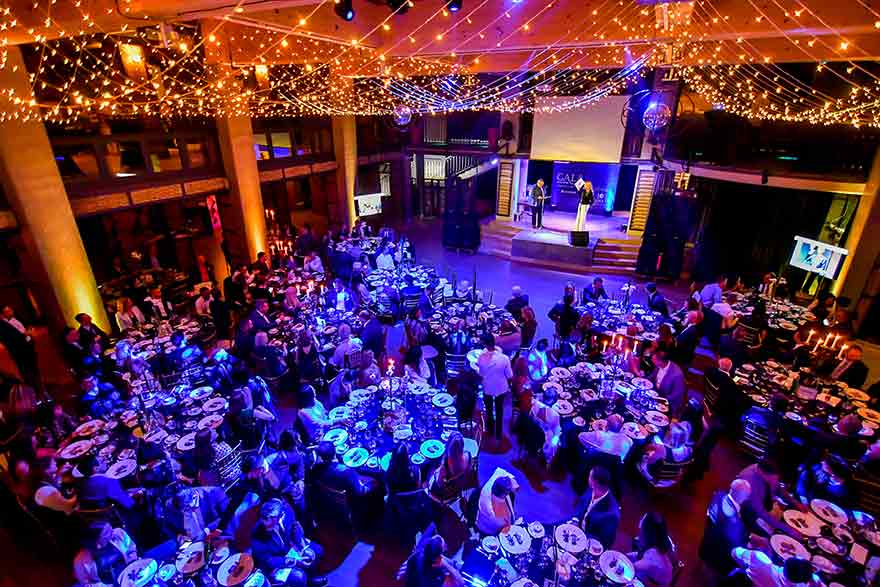 The broad and diverse contents of the event provide guests with the opportunity to participate in traditional French Week events; to learn some of the secrets of French cuisine, to taste good wine at the reception of Beajolais nouveau young wine, to sample famous French cheeses and other delicious delicacies.

Last year’s edition of the Online Employment Fair at www.francuskanedelja.rs was marked by a record 9,500 visits. French Week begins on 19th November 2020.