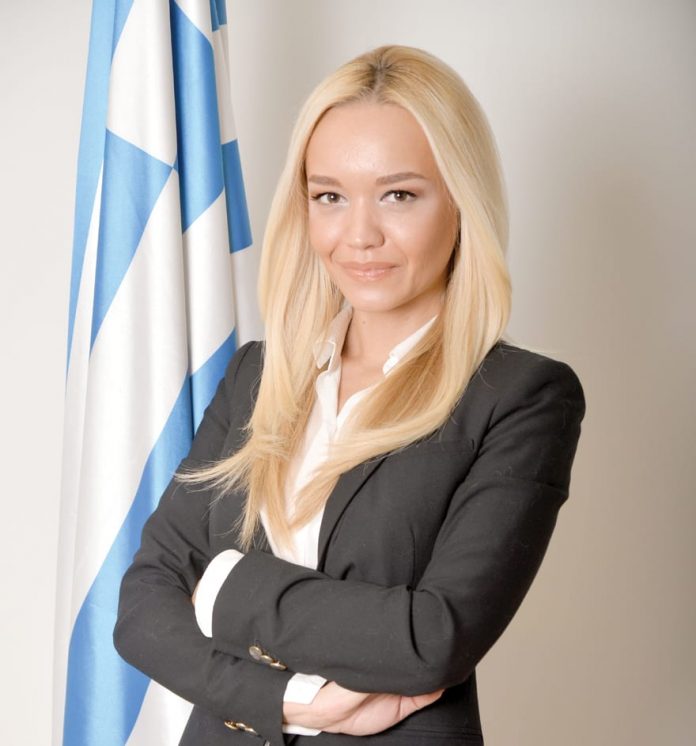 How many members does HBA have today and which industries do these members represent?

The Hellenic Business Association, as a private, non-governmental and non-profit organisation, currently has almost 80 companies as its members. Our members are mostly Greek and Cypriot companies, but there are also many Serbian and international companies that have identified their interest in this association.

I am especially proud of being able to confirm that the Association today has the largest number of members since its establishment. This is yet more proof that Greek companies have long-term plans for the Serbian market and that they represent a stable economic partner of Serbia.

The traditionally excellent relations between Greece and Serbia – be that economic, political, historical, religious or social – have certainly contributed to this.

What are the main priorities of your activities and how do you execute those priorities?

The presence of Greek investments in a substantial number of different sectors gives Association member companies an opportunity to find stable business partners for almost any segment of their operations. Our members participate actively in the Association’s operations, and their genuine attitude and open-minded stance have greatly eased communication, the everyday functioning of the Association and the organising of all sorts of events.

The needs of our members are always our priority, whether those needs relate to mutual communication, cooperation, or promotions of their activities. Supporting Greek investment initiatives, in terms of introducing Greek companies to the Serbian market, offering advice, and proper management and protection of investments, are also among our priorities. Activities aimed at furthering economic, social and cultural ties between Serbia and Greece hold special importance, and in that respect, I would like to mention the excellent collaboration we have with the Greek Embassy, the Hellenic Foundation for Culture and the Greek National Organisation in Belgrade.

Which of the HBA’s activities from last year would you like to highlight and what are your plans for 2016?

Last year was very successful for us. A large number of new members, who joined us in the previous period, led to an increase in the Association’s activities with some member companies, even initiating some of these activities.

One such initiative pertains to the creating of incentives in the form of special services and discounts offered to other members. This initiative was realised in the form of an annual publication listing all the benefits in one place. By listening closely to suggestions from our members, we have also boosted their promotion via active presentations of their activities and products on our official website, as well as putting together an internal newsletter called “Member News”.

In addition to the existing events organised by our Association, in 2015 we also organised joint events with other foreign chambers of commerce, in an effort to enable our members to meet and potentially establish cooperation with companies that are not members of our Association.

Thanks to our traditionally excellent cooperation with the Greek Embassy in Belgrade, we have the honour of meeting almost all Greek officials who visit Serbia.

Thanks to our traditionally excellent cooperation with the Greek Embassy in Belgrade, we have the honour of meeting almost all Greek officials who visit Serbia. As you probably know, in the previous period we met with Mr Tsipras, who was then the representative of the Greek opposition, and with the Mayor of Thessaloniki, Mr Boutaris.

We actively support Serbian students, participating in charity campaigns and increasing cooperation with other chambers of commerce and associations in Serbia, which will all continue this year too. There is a new type of activity that we are going to carry out via the newly founded Network of Greek Business Associations in Southeast Europe, of which we are a member.

In which areas do the HBA’s member companies most require your support?

Small and medium-sized enterprises need our support the most. In that respect, our support is centred on further improving their communication with other members and increasing their visibility within the Association. In some cases, we are asked by our members to provide assistance when it comes to communicating with public institutions which, thus far, have been offering tangible assistance to our members.

The training programme you conducted last year at HBA member companies proved very popular among students. Do you intend to extend that programme this year?

In March 2015, and in cooperation with the Greek Embassy in Belgrade and the University of Belgrade, we launched a pilot project of a three-month-long student work practice to be carried out at companies that are our members. The project turned out to be very popular among students and our members alike, and, with the help of the University of Belgrade, we also staged a series of promotional activities pertaining to this programme.

Encouraged by its success, we have decided that the Greek Initiative to Work Experience programme will become an integral part of our Association’s annual activities.

This year’s project will officially start on 14th March and run until 13th June 2016. A total of 13 companies will participate in the programme, with 64 positions for students, which is four times more than last year. The positions in which they will be able to carry out their three-month work experience are only open to active students of graduate and postgraduate studies at the University of Belgrade.

The three-month work experience programme for students – The Greek Initiative to Work Experience – is organised with the goal of promoting the members of the Hellenic Business Association in Serbia, as well as providing professional training for students, introducing them to the labour market and helping them network with Greek businesses in Serbia.

Your association and its members are also great donors. What criteria do you use to set priorities in this area of activity?

As a socially responsible organisation, the Hellenic Business Association of Serbia supports charity campaigns. Every December, our members give donations to the Greek stand at the IWC Christmas Bazaar, which was selected among the top three stands in the last three years. I would also like to add that our members have donated over 22 million Dinars, be that in money or in goods, to the victims of the catastrophic floods in Serbia.

Apart from charity campaigns, our Association also promotes the Greek language and culture. The best examples of this include the renovation of the classrooms of the Department of Neohellenic Studies at the University of Belgrade and the sponsoring of the Greek Film Festival.

I would also like to mention last year’s donation to the commemoration of Rigas Feraios, as well as the organising of the concerts of Giorgos Dalaras in Belgrade. Our Association has also been a traditional sponsor of the reception held by the Greek Embassy in honour of Greek Independence Day on 25th March.