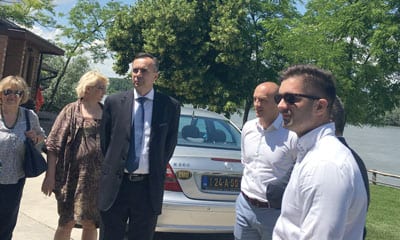 The Ambassador of the Republic of Croatia to Serbia, H.E. Gordan Markotić, and a delegation of Croatian businesspeople, together with representatives of the Croatian Business Club, visited the Municipality of Beočin, where they were welcomed by Beočin Mayor Mitar Milinković, together with local Beočin business leaders.

The meeting was organised to mark the upcoming children’s festival “Serbia in the rhythm of Europe”, as well as cooperation between SMEs from the two countries and possible joint applications for IPARD funds of the European Union. 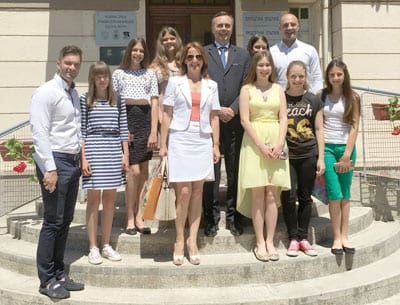 The “Serbia in the rhythm of Europe” Festival brings together primary and secondary school students from 20 cities, which each represent a European country in song. Beočin will this year represent Croatia, thus this visit represents specific support of the local performance at the upcoming Festival.

Noting that the future of both countries lies in cooperation between small and medium-sized enterprises, Ambassador Markotić invited partners from Serbia to jointly apply for IPARD funds when the time comes, and offered to help with advice for Serbian farmers when it comes to applying for pre-accession funds “from which Croatia received a lot, but much more once it joined the EU”.

The aim of the conference was to promote cooperation and opportunities for development, as well as responses to the high demands of the world market. The speakers included Snežana Bogosavljević Bošković, Serbian Minister of Agriculture and Environmental Protection, Davor Romić, Croatian Minister of Agriculture, Marko Čadež, President of the Serbian Chamber of Commerce, and Ivan Škorić, Vice President of the Croatian Chamber of Commerce. 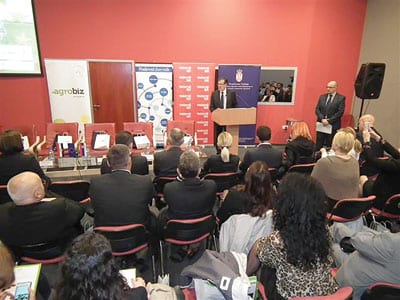 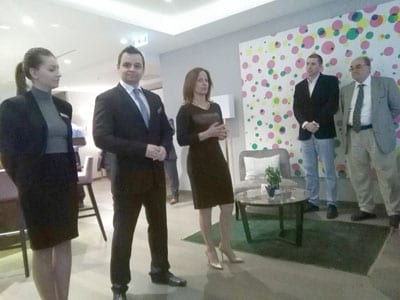 Belgrade’s Hotel Courtyard by Marriott was the host of the April gathering of members of the Croatian Business Club (CBC). In a friendly atmosphere, Mislav Mikašek, director, presented to those gathered the very interesting features of this hotel, which has recently become a member of the CBC.

The international team that manages this hotel has set high standards to ensure guests receive high-quality and faultless service – of which the members of the Croatian Business Club were convinced during this visit. 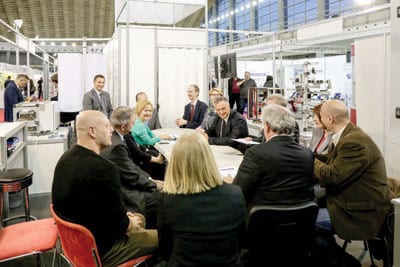 On the first day of the International Technical Fair in Belgrade, the stand of the Croatian Chamber of Commerce saw Serbian and Croatian business leaders gather to exchange experiences on cooperation to date and discuss possibilities for its improvement. 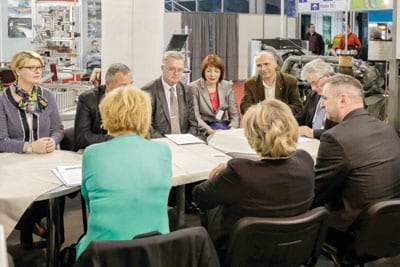 The central topics during the discussion were the increasing trade exchange and innovative forms of cooperation.

The meeting was also used for the presentation of Croatian companies that exhibited their products at the Fair, with a joint stand organised by CC Pula and co-financed by the CCC. 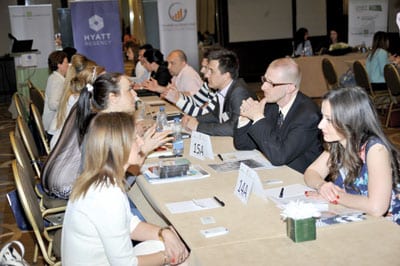 The Association of Business Women of Serbia, in cooperation with the Slovenian and Croatian business clubs in Belgrade, organised Speed Business Meetings with the aim of establishing new contacts, presenting products or services, exchanging information on current business needs and opportunities to establish cooperation. Each company was entitled to a total of 12 meetings.

– The meetings were attended by a total of 42 representatives of different companies from these three countries of the region. We believe that they will result in the establishment of business cooperation – noted Sanja Popović Pantić, president of the Association of Business Women of Serbia.

– This was the first time that the Croatian Business Club took part in a gathering of this kind, which was extremely useful for all participants, not only to present their offers and meet potential clients but also in order to establish continuing communication in the future and exchange good business experiences – said Marija Radulović, president of the Croatian Business Club.

– I am glad that we have, along with the Association of Business Women of Serbia and the Croatian Business Club, gathered a large number of business people who will have the opportunity to exchange contacts and information, and I am almost certain that each of them will seize the opportunity – highlighted Danijela Fišakov, President of the Slovenian Business Club.