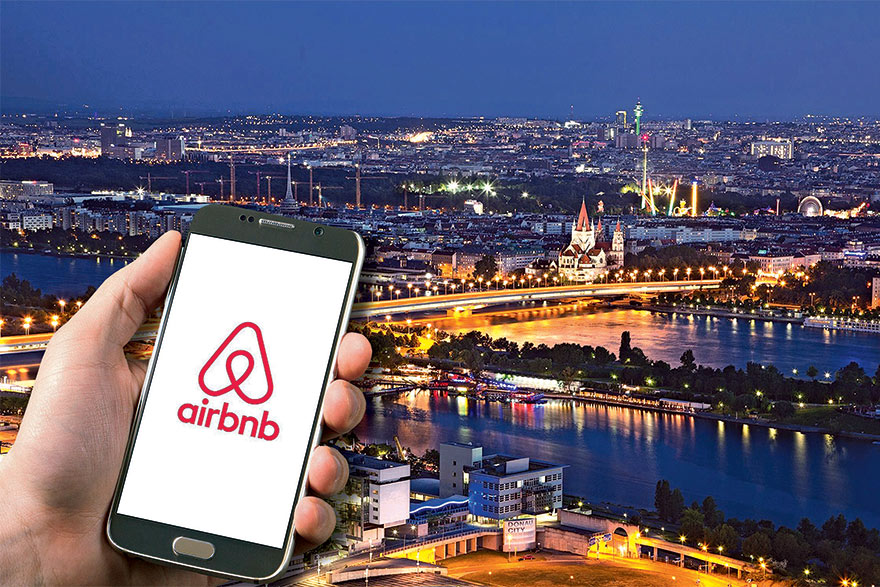 City Of Vienna Against Airbnb

After a long fight, the Vienna Housing Councillor has finally won a victory against Airbnb, which is now forced to remove all apartments in the city belonging to social housing from its website. Furthermore, the platform decided to cooperate with the City by revealing data on the number of rented apartments and watching for possible breaches, though it remains to be seen whether this action will be lasting or short-lived

The love between Airbnb and Vienna is mostly a bitter one. It was more than two years ago that Vienna was among the ten European cities (Amsterdam, Barcelona, Berlin, Bordeaux, Brussels, Krakow, Munich, Paris and Valencia) that asked the EU for help in fighting the expansion of Airbnb. The cities also didn’t much like other holiday rental websites, as they felt soaring rental prices were pushing locals out of their own neighbourhoods.

As an example, Palma de Mallorca voted to ban almost all listings after a 50% increase in tourist letting led to a 40% rise in residential rents. Back in 2016, over 11,000 apartments in Vienna were already being offered through Airbnb and 2,000 apartments were constantly rented, thus making them inaccessible to normal tenants. This prompted the City, that same year, to amend its Tourism Promotion Act in order to force people to pay taxes on income earned from short-term sub-letting, even if they only did so occasionally.

Along with writing letters to the EC, by the end of 2018 the City of Vienna had also amended the Vienna Building Code to render short-term letting – including through rental services like Airbnb – illegal across large areas of the city. This decision was in line with pre-existing rules stipulating that only up to 20% of a building’s floor space can be used for non-residential purposes in residential areas. The 2018 alteration stated that commercial use for the purposes of short-term leasing does not qualify as residential use, thus prohibiting such rentals. However, apartments in residential zones were allowed to be rented (even on a short-term basis) if the owner or head tenant continues to use the apartment for their own purposes. That is to say that a student was permitted to rent a spare room or an entire apartment during the summer break, provided they will return. Fines for violating these rules were set at up to €50,000, to be split between the tenant and the owner(s) of the building if they failed to inform the tenant about such restrictions.

Apart from being worried about the deteriorating of neighbourhoods, City officials also complained that those renting out apartments via Airbnb often avoided paying the relevant municipal tax, thus depriving the City of important revenue that would otherwise be used to support domestic tourism. The new rules were meant to oblige Airbnb to cooperate with the City in gathering these taxes.

However, as these actions failed to yield promising results, the City last year took legal action against Airbnb listed apartments in community housing.

The subletting of municipal housing was already prohibited, but it took almost two years for City officials to push platforms like Airbnb and Booking. com to delete all advertisements related to council housing addresses. The City told the platforms that they would be held accountable for such breaches of the rules if community housing continues to be offered.

Airbnb agreed to allow digital registration for hosts, which already exists in countries like France, the Netherlands and Spain, as well to publish figures on Airbnb’s usage in Austria for tax purposes

Finally, as reported by local media, in mid-October this year Airbnb removed all Viennese municipal apartments from its site. Given that social housing accounts for a large proportion of apartments in Vienna, this was an important move. The final decision came when Vienna’s Commercial Court confirmed that city-owned apartments could not be rented on platforms like Airbnb. And now only apartments which clearly state that they are not among municipal-owned apartments can be shown on Airbnb.

Airbnb itself decided to comply, while also introducing measures intended to support “responsible tourism” in Austria. Airbnb also finally agreed to grant Viennese authorities access to its data in order to ensure that the rules are followed, to regularly remind Austrian users of the rules and to remove any listings in violation of those rules.

Airbnb agreed to allow digital registration for hosts, which already exists in countries like France, the Netherlands and Spain, as well to publish figures on Airbnb’s usage in Austria for tax purposes. Furthermore, the company introduced a hotline for neighbours to directly report suspected illegal rentals or disruptive parties occupying a rental property.

Nonetheless, it remains to be seen whether this action will be lasting or short-lived. As is well known, Wiener Wohnen — Europe’s largest property manager owned by the City of Vienna – already banned subletting via Airbnb, but not all tenants have obeyed those rules. It is therefore believed that opposition to the changes will be strong and persistent.

LeitnerLeitner offices work together closely and across borders – a principle that has been put into practice for more than 60 years. They think...
Read more

Improving The Quality Of Life

Smart cities like Singapore, New York and Seoul have made huge strides in their smart city initiatives and in adopting innovative smart technologies as...
Read more

Fortresses have been built in Japan since ancient times. A particular need for castles arose in the 15th century after the central government’s authority...
Read more